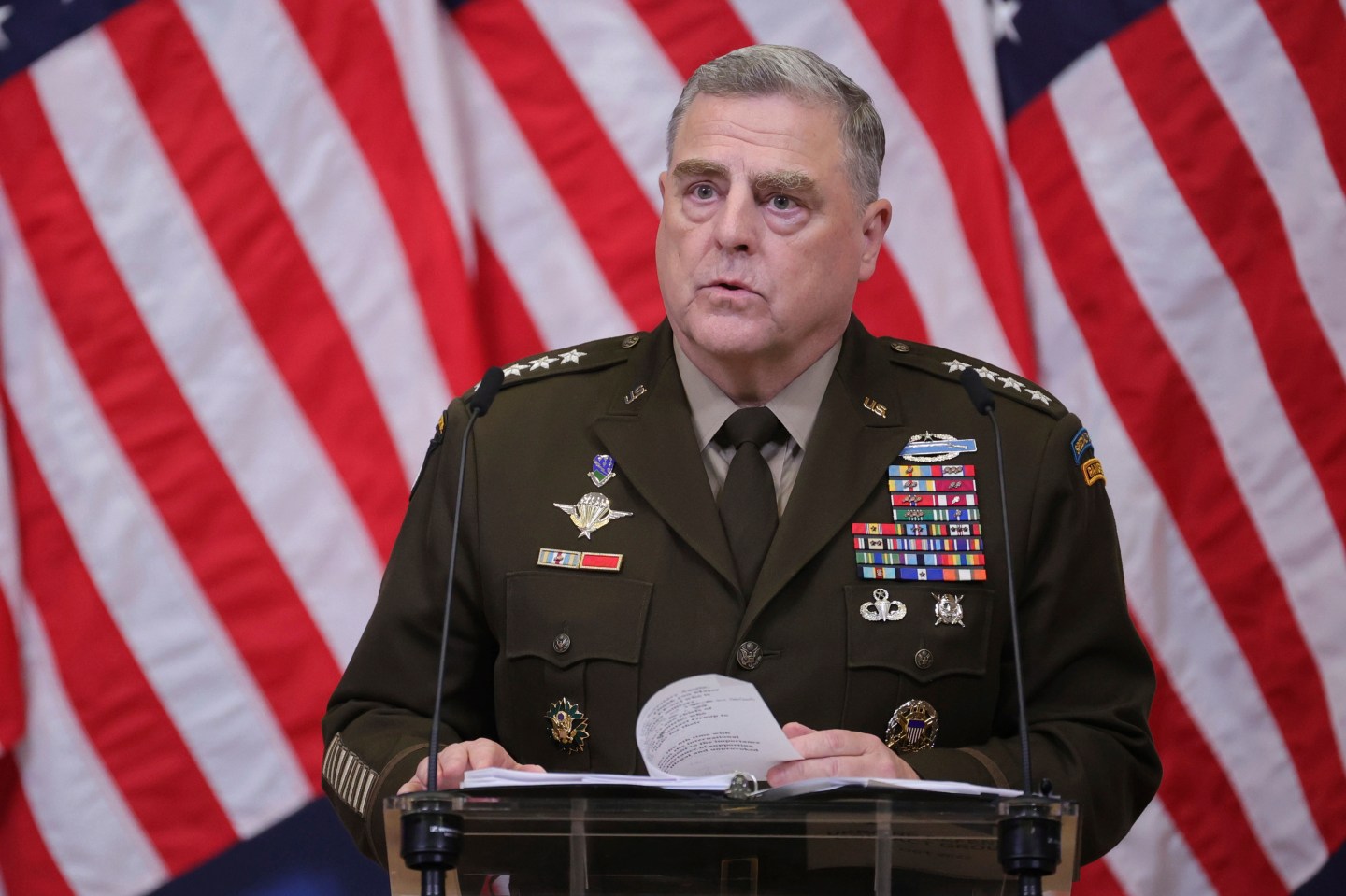 Chairman of the Joint Chiefs of Staff Gen. Mark Milley speaks during a media conference after a meeting of NATO defense ministers at NATO headquarters in Brussels, Oct. 12, 2022.
Olivier Matthys—AP

Russia’s announced retreat from Kherson, a regional capital in southern Ukraine that it seized early in the war, and a potential stalemate in fighting over the winter could provide both countries an opportunity to negotiate peace, Army Gen. Mark Milley, chairman of the Joint Chiefs of Staff, said Wednesday.

He said as many as 40,000 Ukrainian civilians and “well over” 100,000 Russian soldiers have been killed or wounded in the war, now in its ninth month. “Same thing probably on the Ukrainian side,” Milley added.

“There has been a tremendous amount of suffering, human suffering,” he said at The Economic Club of New York.

Ukrainian President Volodymyr Zelenskyy said Tuesday he was open to peace talks with Russia to end the war but only on the condition that Russia return all of Ukraine’s occupied lands, provide compensation for war damage and face prosecution for war crimes.

Russia has said it is open to talks, and this week announced it had begun a retreat from Kherson.

Zelenskyy has warned that the Russians are feigning a pullout from Kherson to lure the Ukrainian army into an entrenched battle in the strategic industrial port city, a gateway to the Russian-occupied Crimean Peninsula.

Milley, the highest-ranking U.S. military officer, said Russia had amassed 20,000 to 30,000 troops in Kherson and a full retreat could take several weeks.

“The initial indicators are they are in fact doing it. They made the public announcement they’re doing it. I believe they’re doing it in order to preserve their force to reestablish defensive lines south of the (Dnieper) river, but that remains to be seen” he said.

Milley said it’s possible the Russians will use the retreat to reset their troops for a spring offensive, but “there’s also an opportunity here, a window of opportunity for negotiation.”

But for negotiations to have a chance, both Russia and Ukraine would have to reach a “mutual recognition” that a military victory “is maybe not achievable through military means, and therefore you need to turn to other means,” Milley said, citing the end of World War I as an example.