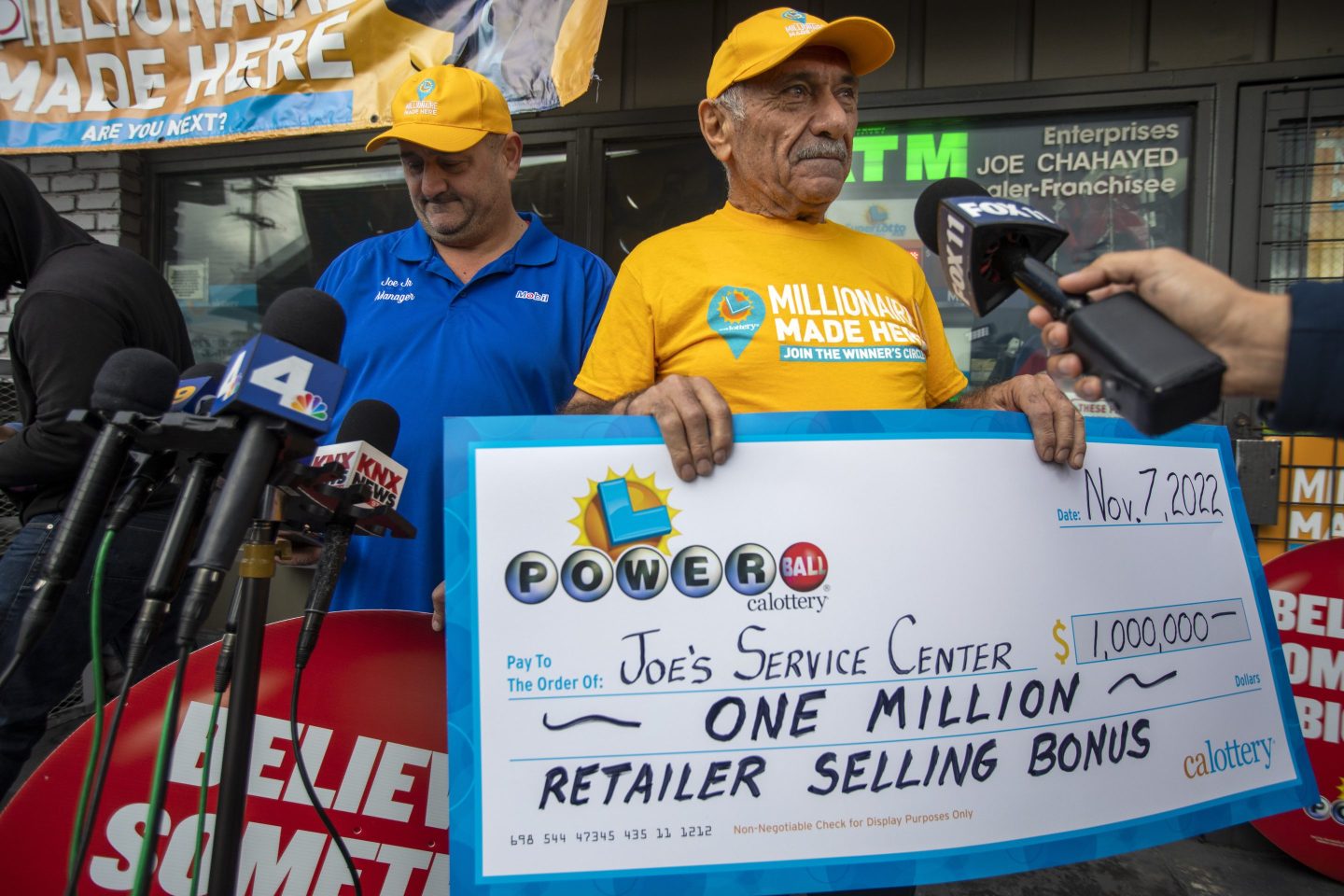 No one has yet come forward to claim the winning Powerball ticket drawn Tuesday morning, which marked the biggest lottery draw ever. But the draw has made a millionaire of one lucky gas station owner.

Joseph “Papa Joe” Chahayed, 75, has been given $1 million of the $2.04 billion jackpot after he sold the winning ticket at Joes Service Station in Altadena, Calif. Per the lottery’s rules, the retailer receives 0.5% of the jackpot, which is capped at $1 million.

Chahayed is a Syrian immigrant who came to the U.S. in 1980 with his wife and two children; he has owned his Mobil gas station for 20 years. He received his share of the jackpot while wearing a “millionaire made here” T-shirt and said he plans to share his winnings with his family and his 11 grandchildren.

“All my life for them,” Chahayed told the Los Angeles Times. “The money is nothing — I give them my love.”

Loved by the community

“Seventy-five years old, and he refuses to take a day off… He’s up at like 5 a.m. every day. No one deserves it as much as he does,” said his son Danny, who reportedly encouraged his father to retire with the money.

However, Chahayed plans to continue running his gas station, a decision that comes at great importance to the surrounding neighborhood where he is a popular fixture.

One customer and friend of Chahayed, Kenny Devine, said: “Joe is the most — bar none — friendly person that I know… I won the lottery when I met Joe, that’s how I feel… The lottery of life.”

Chahayed himself expressed how much he cares for his community after becoming a millionaire: “I’m happy for California; I’m happy for L.A., I’m more happy for Altadena. There are a lot of poor people here; they deserve it.”

Alongside Chahayed’s share of the prize, state schools in the area will also receive $156.3 million from the drawing.