A rare ‘Fortune Pink’ 18-carat diamond was just sold for $28.8 million at auction in Geneva 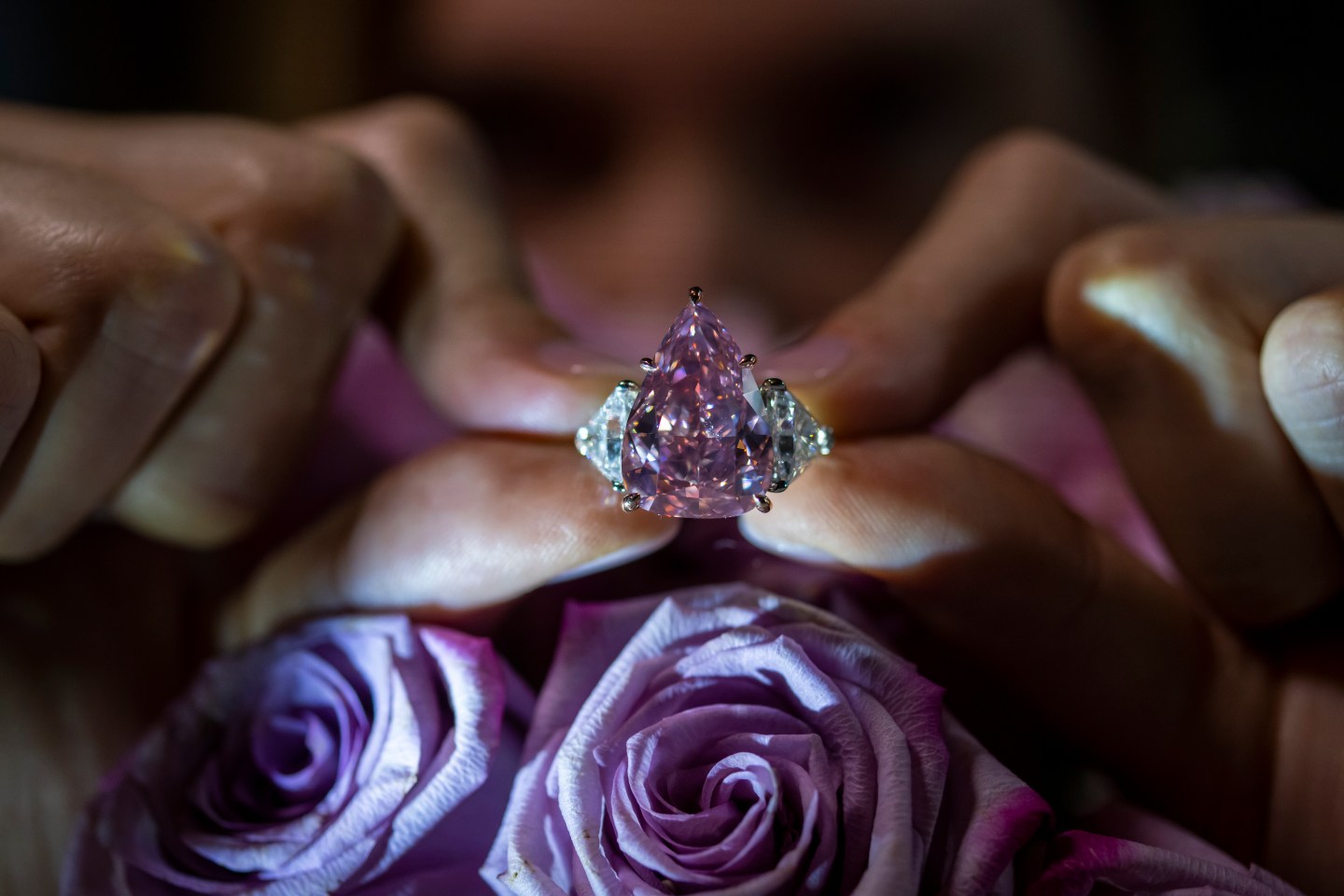 A Christie's employee displays a pink diamond called "The Fortune Pink" of 18,18 carat, during a preview at Christie's, in Geneva, Switzerland, Wednesday, Nov. 2, 2022.
Martial Trezzini—Keystone/AP

A pear-shaped 18-carat pink diamond billed as a rarity sold at a Geneva auction for 28.4 million Swiss francs ($28.8 million), including fees and taxes, on the lower end of the expected range.

The “Fortune Pink” fancy vivid pink stone, said to be the largest of its kind and shape to go on the block, headlined Christie’s latest Geneva sale of jewelry. It had been expected to fetch between $25 million and $35 million.

The auction house said an unidentified Asian buyer snapped up the diamond.

Max Fawcett, head of Christie’s jewelry department in Geneva, said the stone with a strong, saturated pink color was mined in Brazil more than 15 years ago. He declined to identify its owner, but described the diamond as “a true miracle of nature.”

Christie’s says the first pink diamonds ever recorded were found in India’s Golconda mines in the 16th century, before others turned up over the centuries in places like Africa, Australia, Brazil and Russia.

The pink stone’s auction followed a showroom tour in New York, Shanghai, Singapore and Taiwan before its arrival in Geneva.

“The extraordinary Fortune Pink diamond sold in Geneva, with its auspicious 18.18 carat weight, which signifies prosperity in Asia, sadly didn’t bring the luck or uplift in fortunes many had hoped for,” he said.

He suggested the result could be reflection of a “shaky global economy” and other financial factors, which have been “giving rise to worries creeping in, even among the top echelon of wealthy buyers.”

The auction comes six months after Christie’s sold “The Rock” — a 228-carat egg-sized white diamond billed as the largest of its kind to go up for auction — for more than $21.75 million, including fees. That was also at the low end of the expected range.