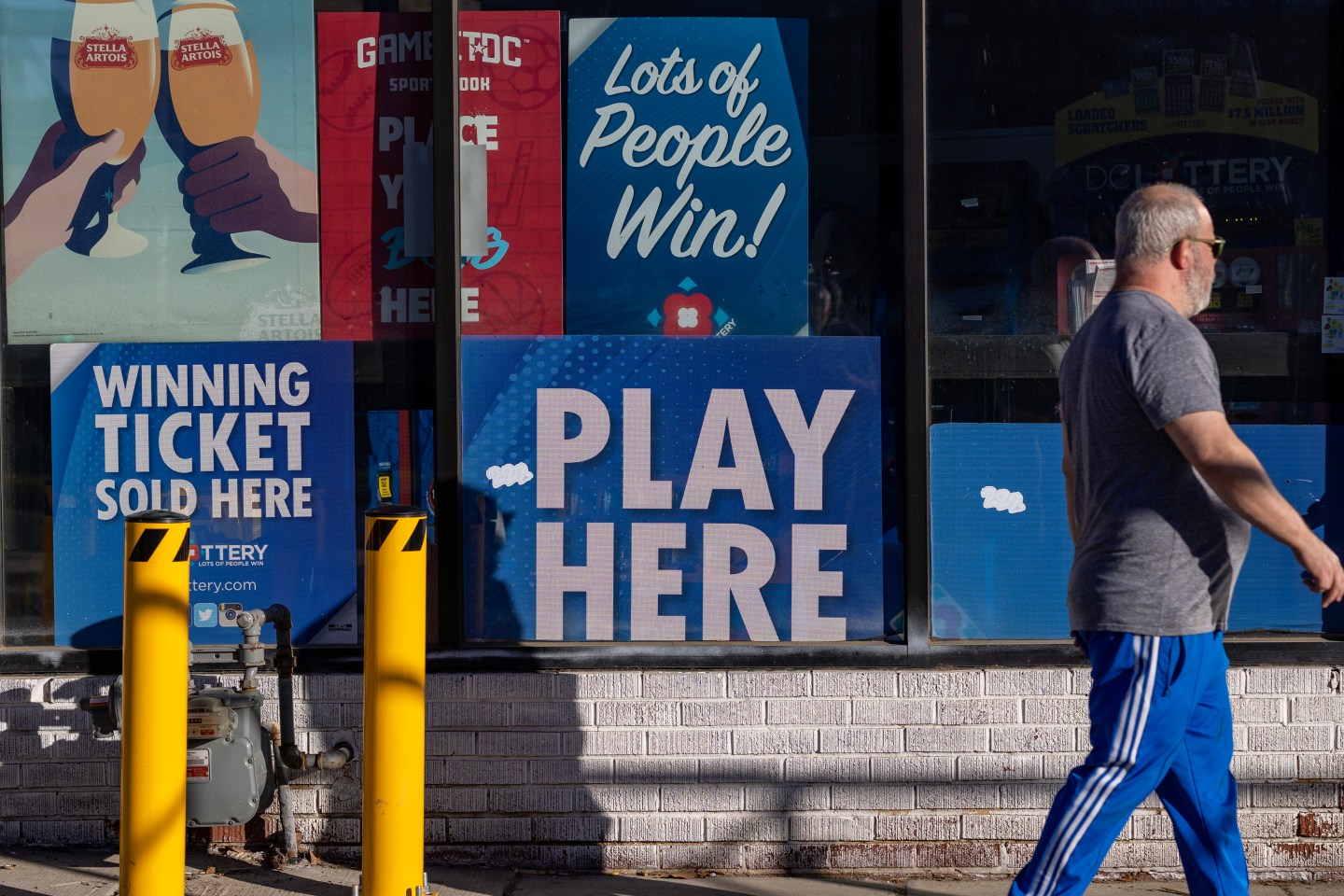 The latest Powerball jackpot swelled to a record $2.04 billion after another drawing passed with no winning ticket. The winning numbers of 10, 33, 41, 47, 56 and a Powerball of 10 were released on the morning of Nov. 8, 2022, after an overnight delay.

The prize is now the largest lottery the world has ever seen, overtaking a $1.6 billion Powerball jackpot in 2016 and $1.54 billion Mega Millions in 2018.

The odds of winning are very small, about 1 in 292 million. You are about 400 times more likely to be hit by lightning. If every adult in the U.S. purchased just one ticket, each with a different number, there would still be a good chance – about 11% – that no winner would emerge at a given drawing and the pot would grow even larger.

But once a winner is declared and claims the prize, a more interesting question arises: What happens to all that money and the supposedly lucky ticket holder? As research by me and others shows, it’s often not what you’d expect.

A smaller prize than it seems

The first thing to bear in mind is that while the jackpot is eye-wateringly large, the actual payout will be much less.

If someone claims it, the winner would not actually receive $2 billion in one big check. As a single winner, he or she can either choose a lump sum payment that amounts to about $929 million or receive $2 billion worth of annual payments that get progressively higher over 30 years.

Also the taxman gets to take a big bite. The federal government will take about $344 million, leaving $585 million if it’s a lump sum payment. And then the state in which the winner resides will take another bite, unless the winner lives in Florida, Texas or another state without an income tax.

That jackpot is starting to look a lot smaller, though it’s still a massive chunk of change.

The conventional wisdom is that winning the lottery will change your life. While that’s probably always true, research suggests that it’s not always going to change in the way you might hope.

Economists Guido Imbens and Bruce Sacerdote and statistician Donald Rubin showed in a 2001 paper that people tend to spend unexpected windfalls. A look at lottery winners approximately 10 years after they won found they saved just 16 cents of every dollar won.

In my own research, I found that the average person in their 20s, 30s or 40s who was given an inheritance or large financial gift quickly lost half the money through spending or poor investments.

And other studies have found that winning the lottery generally didn’t help financially distressed people escape their troubles and instead only postponed the inevitable bankruptcy. One found that one-third of lottery winners eventually go bankrupt.

It’s not easy to blow it all

So how exactly could a lottery winner blow through hundreds of millions of dollars so quickly? It’s not easy.

Demographic research on lottery players’ characteristics shows that lottery playing peaks when people are in their 30s and falls as people get older. And the average female in the U.S. lives to age 80.5 and the average male to 75.1.

So that means, assuming the winner is in her 30s, she would have about 45 years or so to spend the lump after-tax sum of, let’s say, $470 million. That means she would have to spend a bit over $10 million a year, or roughly $29,000 per day, to burn through it all – even more when you factor in interest accrued while it sits in the bank.

In addition, really blowing it all means the winner has no assets to show for it. If she uses the money to buy luxury homes, Banksy paintings and Ferraris and Aston Martins, her net worth wouldn’t actually change and she’d be able to retire with her wealth intact – assuming the investments kept their value or rose.

Blowing through the money, which leads to bankruptcy and low savings rates, means the winner has nothing to show for her spending besides a good time, plus goodwill from friends and relatives who went along for the ride.

And that’s basically what a man named Huntington Hartford did.

Hartford, who lived from 1911 to 2008, was the heir to the Great Atlantic & Pacific Tea Company fortune. This company, which started just before the Civil War, is better known as the A&P supermarket chain. A&P was the first U.S. coast-to-coast food store, and from World War I to the 1960s, it was what Walmart is for today’s American shoppers.

Hartford inherited approximately $90 million when he was 12. Adjusting for inflation means he was given about $1.6 billion as a child, after taxes. Yet Huntington declared bankruptcy in New York in 1992, approximately 70 years after being handed one of the largest fortunes in the world.

Hartford had the reverse Midas touch. He lost millions buying real estate, creating an art museum and sponsoring theaters and shows. He combined poor business skills with an exceptionally lavish lifestyle. After declaring bankruptcy, he lived as a recluse with a daughter in the Bahamas until he died.

May the odds be ever in your favor

Hartford’s life story, coupled with academic research, shows that coming into a windfall of cash doesn’t always have a happy ending. Squandering that money is easier than it seems.

Nevertheless, one key lesson, whether you play or not, is that when you get a windfall or win the lottery, plan ahead and resist the all-too-human temptation to spend all the money.

This article was updated on Nov. 8, 2022, to reflect the delayed pick and the new Powerball total.

This article is republished from The Conversation under a Creative Commons license. Read the original article here: https://theconversation.com/how-winning-record-2-billion-powerball-jackpot-could-still-lead-to-bankruptcy-193921.