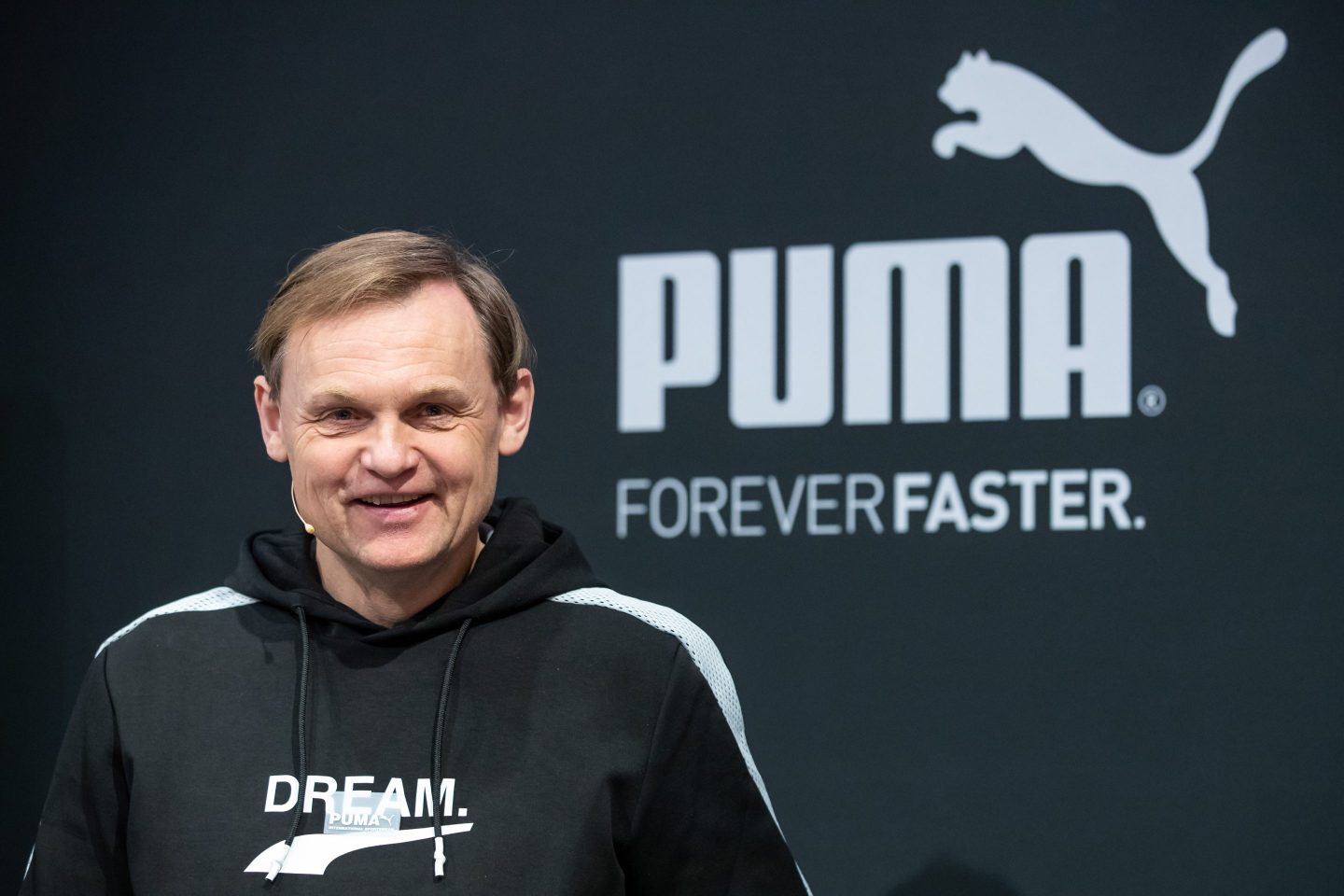 Björn Gulden, a 57-year-old Norwegian who was once a professional soccer and handball player, has been Puma's CEO since 2013
Daniel Karmann/picture alliance via Getty Images

Adidas has appointed Bjørn Gulden, the CEO of rival Puma, as its new chief executive, and he will take over the German sportswear brand in January as the company weathers the fallout from its split with the rapper formerly known as Kanye West.

Gulden will replace Kasper Rorsted, Adidas’ CEO since 2016, whose departure was announced in August. Adidas said at the time that Rorsted would hand over during the course of next year but said on Tuesday that he and the supervisory board “mutually agreed” that he will step down and leave the company Friday.

Chief Financial Officer Harm Ohlmeyer will head Adidas until the end of the year. He takes the helm temporarily after the company ended a partnership with Ye late last month amid mounting outcry over the rapper’s offensive and antisemitic remarks.

Adidas, which followed other companies in cutting ties with Ye, is expected to take a hit of up to 250 million euros (dollars) to its net income this year from the decision to immediately stop production of its line of Yeezy products and is left searching for another star to help it compete with ever-larger rival Nike.

Gulden, a 57-year-old Norwegian who was once a professional soccer and handball player, has been Puma’s CEO since 2013. He has worked at Adidas before and was its senior vice president of apparel and accessories from 1992 to 1999.

He also has served as CEO of Danish jewelry brand Pandora, managing director of footwear retailer Deichmann and president of Rack Room Shoes and is board chairman at Danish food retailer Salling Group.

Gulden “knows the industry extremely well and draws on a rich network in sport and retail,” Adidas supervisory board chairman Thomas Rabe said in a statement.

“As CEO of Puma, he reinvigorated the brand and led the company to record results,” Rabe said, adding that the Adidas board “is convinced that Bjørn Gulden will head Adidas into a new era of strength and is looking very much forward to a successful cooperation.”

Puma, which like Adidas is based in the southern German town of Herzogenaurach, said its chief commercial officer, Arne Freundt, will replace Gulden as its CEO.