Raphael Warnock sharpens tone on Herschel Walker as Senate race tightens: ‘This is a man who lies about the most basic facts of his life’ 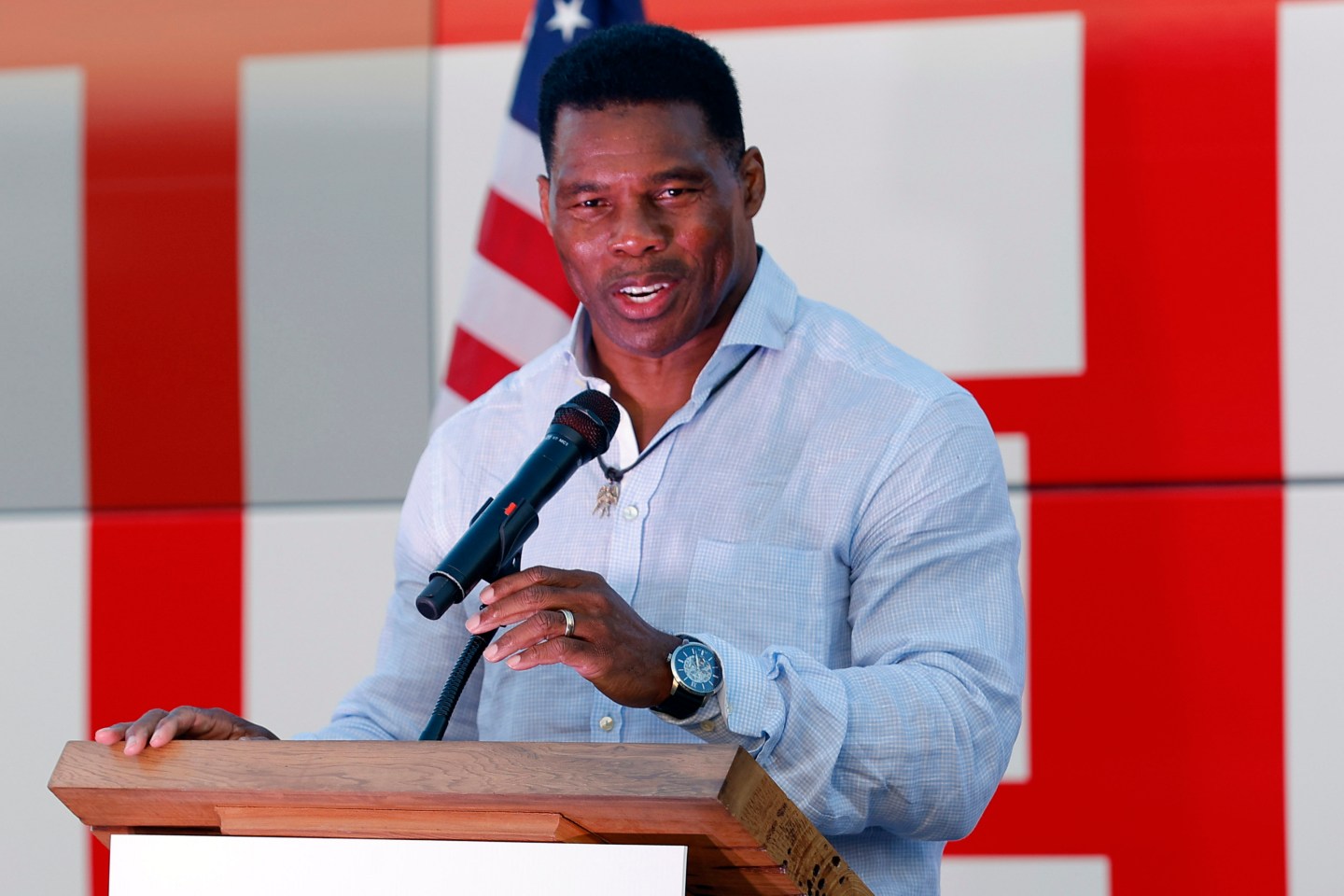 After spending months arguing that Republican Senate candidate Herschel Walker is “not ready” for high elected office, Sen. Raphael Warnock of Georgia is intensifying his critique ahead of Election Day to say the celebrity athlete is fundamentally unfit for Capitol Hill.

From a rally with former President Barack Obama to a statewide bus tour that runs through the eve of Election Day on Tuesday, Warnock has hammered Walker as a “pathological liar” who has exaggerated his business, academic, professional and philanthropic achievements and been accused of violence against his family members and of paying for girlfriends’ abortions despite his public opposition to the procedure.

Walker, who denies he’s ever paid for any abortions, is sticking to an argument he’s made for months: that Warnock is a rubber stamp for President Joe Biden and a Democratic congressional majority that Walker blames for inflation, rising crime and a continued flow of immigrants across the U.S. border with Mexico.

“He talked about I’m not ready. No, you’re not ready,” Walker answered Thursday in suburban Atlanta. “Because you either voted with Joe Biden 96% of the time, or you had no clue what you were doing. You pick which one you want — no clue of what you’re doing or you voted with him 96% of the time which is headed in the wrong direction.”

Those competing closing arguments reflect the increasingly personal nature of the Georgia contest and the wider national battle for control of Congress. Warnock and most Senate Democrats have steered clear of Biden and the national party brand amid generationally high inflation, urging voters instead to consider their choices between individual candidates. Republicans, in turn, have sought to nationalize Tuesday’s midterm elections as a referendum on Biden and his policies.

The Georgia matchup could help determine which party controls the Senate for the final two years of Biden’s term. The chamber is now divided 50-50, with Vice President Kamala Harris giving Democrats the tie-breaking vote.

Through the summer and early fall, Warnock, 53, typically avoided directly attacking Walker, 60. Instead, he suggested the celebrity athlete was simply not prepared for the Senate. Warnock spent more time touting his Senate record, especially infrastructure and economic development measures he worked on with Republicans, along with Democratic measures to cap insulin and other drug costs for older Americans who use Medicare.

But Warnock has stepped up his attacks since two women came forward in October to accuse Walker of encouraging and paying for their abortions when they dated the former professional football star. Walker, who supports a national ban on abortion, has called the allegations “foolishness.”

The senator’s shifts have come alongside polls suggesting a close finish, with the possibility of a runoff; Georgia law requires a majority to win statewide office, and a third-party candidate in the Senate contest could keep Warnock and Walker below that threshold.

“This man says that he is in law enforcement. He’s not. In the FBI. He wasn’t,” Warnock told supporters last week during his bus tour, referring to some of Walker’s inaccurate claims. “He said that he graduated from the University of Georgia. He did not. He said he was valedictorian (of his high school class). He wasn’t. … He said he had 800 employees. He only had eight.”

In DeKalb County outside Atlanta, Warnock mocked Walker for carrying an honorary badge, apparently given to him by a Georgia sheriff, as proof of his claims to have worked for years in law enforcement. “He wears his lies quite literally as a badge of honor,” Warnock told voters.

Warnock continued to take an aggressive tack Sunday in his hometown of Savannah, and he has Monday stops planned for Macon and Columbus, hiting Georgia’s largest metro areas beyond Atlanta. Asked why he’d waited so late to attack Walker directly, Warnock said it was in part because the second Walker accuser said in an interview that she “felt threatened” by Walker, who has admitted some violent tendencies in his past but said they were the result of mental illness that he now has under control.

Walker rejected Warnock’s criticism in a speech Thursday in Smyrna, north of Atlanta. He portrayed himself as the more honest candidate and said his debate with Warnock proved he’s up to the job.

“I took that man to school, I was the adult in that room,” said Walker, who will close his campaign Monday in the GOP-leaning suburbs of Atlanta.

“He’s been talking about me. He even brought in a former president to talk about me,” Walker said, referring to Obama’s Oct. 28 visit.

Walker said Warnock, who is the pastor of Ebenezer Baptist Church in Atlanta, shouldn’t claim to have a Christian ethic while implying Walker doesn’t have one.

“He said I’m the liar. I said ‘No, Senator, you’re the liar,’” said Walker, who makes faith a major part of his pitch. “You went to Washington saying you’re going to represent Georgia and you decided to represent Joe Biden.”

Walker did not take questions from reporters and has not held an open press availability since the second abortion allegation, another point that Warnock sought to capitalize on ahead of Tuesday.

“There’s nothing stopping him from standing in front of a microphone like I’m standing right now,” Warnock told reporters. “The people of Georgia deserve to know what kind of man, what kind of person is he?”

More than 2.5 million Georgia voters cast advanced ballots, about 20% more than the number who voted early for the 2018 midterms.