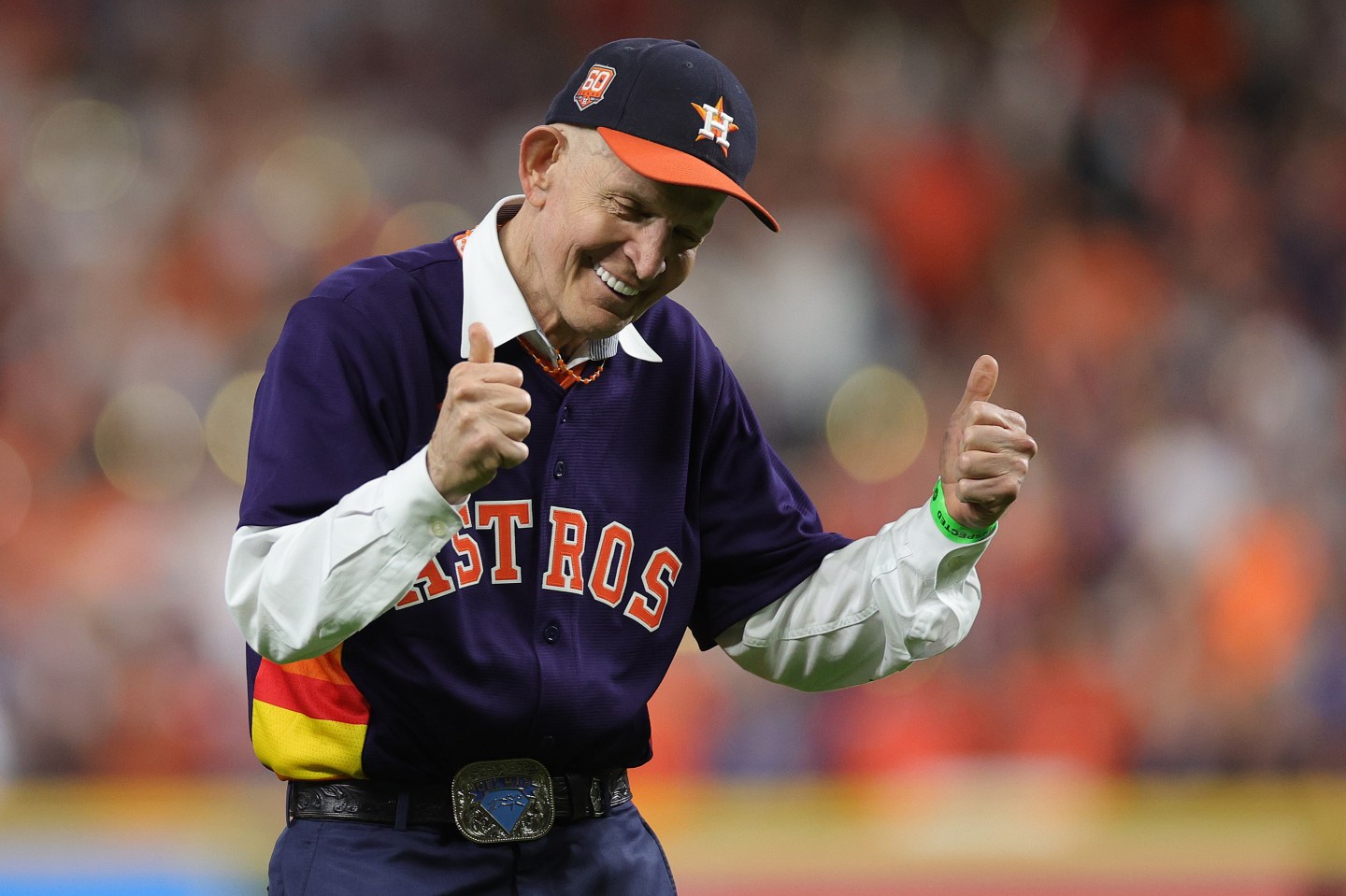 Jim McIngvale throws out the first pitch prior to Game Six of the 2022 World Series at Minute Maid Park on Nov. 5, 2022 in Houston.
Carmen Mandato—Getty Images

Houston furniture-store magnate Jim McIngvale won $75 million on his wagers that the hometown Astros would take baseball’s World Series, including a $30 million payout from Caesars Sportsbook that the company calls the largest-ever at a legal sports-betting site.

Jim McIngvale, founder of the Gallery Furniture chain and known as “Mattress Mack,” made wagers earlier this year including $3 million — at 10 to 1 odds — with Caesars in May that the Astros would win baseball’s championship. The team beat the Philadelphia Phillies in Saturday’s Game 6, clinching the title for a second time in six seasons.

Before McIngvale won, Caesars cautioned investors and analysts that the potential payout could impact its results.

“I think most of you are aware we’ve got a fairly high-profile liability out there with the Astros,” Caesars Entertainment Inc. Chief Executive Officer Thomas Reeg said in a Nov. 1 earnings call with analysts. “That will be a swing factor and whether the fourth quarter is positive.”

While Caesars was on the hook for the biggest individual chunk of McIngvale’s winnings, other sports-betting sites paid out the rest of the $75 million in winnings. ActionNetwork.com reported Mattress Mack’s other wagers on the Astros to win were made at sites including BetMGM, WynnBet, Barstool, Unibet and Betfred.

In late October, McIngvale told website Furniture Today he plans to funnel some of those winnings back to his customers, as part of his chain’s most successful sales promotions to date. Shoppers who spent at least $3,000 on a Tempur-Pedic, Stearns & Foster or Sealy mattress sleep set will get their purchase price back after the Astros win, according to the trade site.