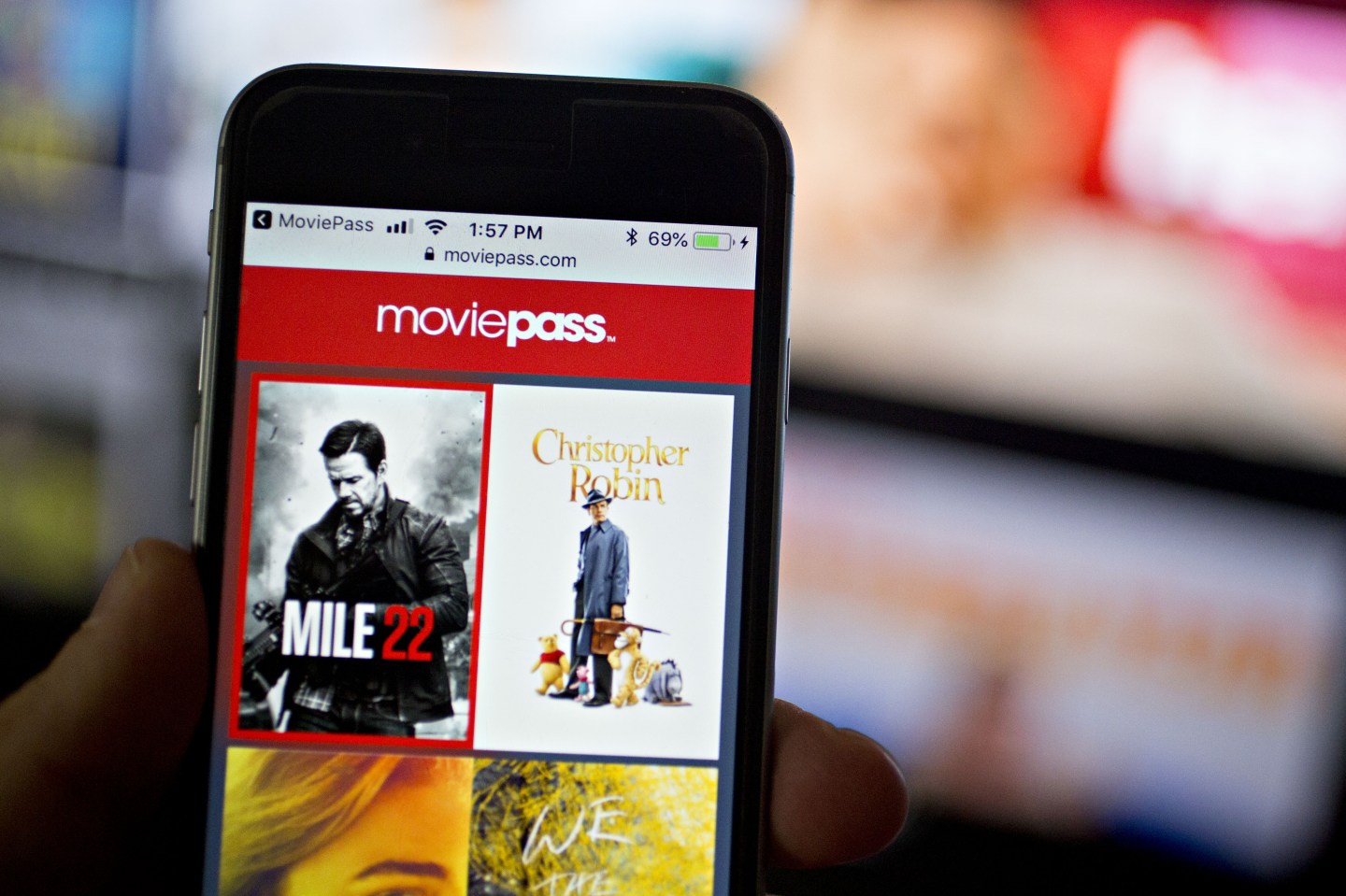 MoviePass seemed too good to be true.
Andrew Harrer—Bloomberg/Getty Images

Two former MoviePass Inc. executives were charged with securities and wire fraud for allegedly scheming to defraud investors of the parent of the bankrupt company.

Theodore Farnsworth, 60, of Miami, and J. Mitchell Lowe, 70, of Miami Beach, are accused of making false representations relating to Helios & Matheson Analytics Inc., which bought MoviePass in 2017 and ran it until it collapsed into bankruptcy in 2020. Farnsworth is the former chief executive officer of Helios & Matheson, while Lowe was MoviePass’s CEO from 2016 to 2020.

Prosecutors allege the two men told investors that MoviePass’s plan to allow subscribers to see unlimited movies in theaters for $9.95 had been tested, was sustainable and would be profitable — while knowing it was simply a “temporary marketing gimmick” to gain new customers, artificially inflate the stock price and attract investors.

They are also accused of falsely claiming that the company had technology that allowed it to generate revenue by analyzing and monetizing the data it collected from subscribers, and made misleading statemensts “about the positive impact that multiple revenue streams (other than subscription fees) were having on MoviePass’s profitability and self-sufficiency.”

“As these charges make clear, the department, together with our law enforcement partners, will hold corrupt C-Suite executives who engage in securities fraud accountable for their actions,” Assistant Attorney General Kenneth A. Polite Jr. said in a statement.

The charges come a little more than a month after Farnsworth and Lowe were sued by the Securities and Exchange Commission over similar allegations. Helios and MoviePass last year settled Federal Trade Commission allegations that they misled customers and failed to secure their personal information. The company announced plans to relaunch the service in September.

“The indictment repeats the same allegations made by the Securities and Exchange Commission in the Commission’s recent complaint filed on September 27th against Mr. Farnsworth, concerning matters that were publicly disclosed nearly three years ago and widely reported by the news media,” said Chris Bond, a spokesperson for Farnsworth. “With the SEC filing, Mr. Farnsworth is confident that the facts will demonstrate that he has acted in good faith, and his legal team intends to contest the allegations in the indictment until his vindication is achieved.”

William F. McGovern, a lawyer for Lowe, declined to comment on the charges.

MoviePass became wildly popular when it introduced the subscription plan in August 2017. By June 2018, it had reached peak membership of 3 million, but its parent company was bankrupt by January 2020 when operating losses proved unsustainable.

The two men face as long as 20 years in prison for each charge if convicted.