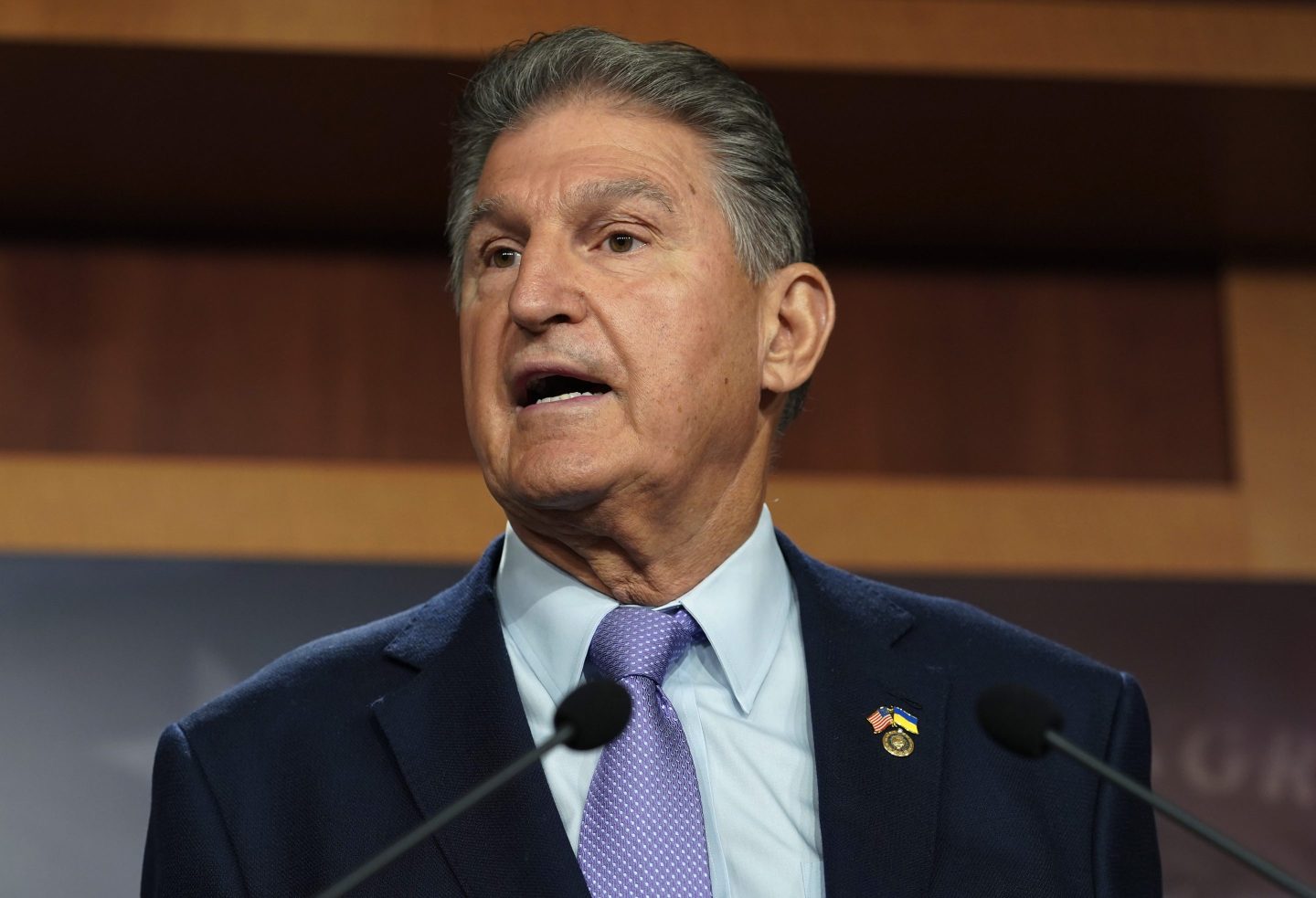 President Joe Biden on Saturday was criticized by West Virginia Sen. Joe Manchin, a Democratic antagonist and ally, for being “cavalier” and “divorced from reality” after vowing to shutter coal-fired power plants and rely more heavily on wind and solar energy in the future.

The powerful coal-state lawmaker said Biden’s words “ignore the severe economic pain” for people from higher energy prices and are why Americans “are losing trust” in Biden. Manchin’s stinging rebuke of his party’s leader comes at precarious time for Democrats on the final weekend of campaigning before Tuesday’s elections that could put Republicans back in power in Congress.

Manchin called for a public apology, and the White House later released a statement saying Biden’s words had been “twisted to suggest a meaning that was not intended” and that the president “regrets it if anyone hearing these remarks took offense.”

Biden raised Manchin’s ire with his reference to coal power during a speech Friday in Carlsbad, California, to spotlight his $280 billion plan to boost the semiconductor industry and scientific research.

“I was in Massachusetts about a month ago on the site of the largest old coal plant in America. Guess what? It cost them too much money,” Biden said. “No one is building new coal plants because they can’t rely on it, even if they have all the coal guaranteed for the rest of their existence of the plant. So it’s going to become a wind generation,” Biden added. “We’re going to be shutting these plants down all across America and having wind and solar.”

Biden had visited a former coal-fired power plant in Massachusetts in July. The former Brayton Point power plant in Somerset is shifting to offshore wind power manufacturing, and Biden chose it as the embodiment of the transition to clean energy that he is seeking, including in the sweeping climate-and-health law he passed with Manchin’s help in August.

Former President Donald Trump promised to revive coal and restore mining jobs, but the industry’s decadelong decline continued as utilities increasingly turn to cheaper natural gas — and now renewable energy such as wind and solar power — to generate electricity. The Energy Information Administration, a government agency, reports a yearly average of 39,518 employees at U.S. coal mines in 2021, compared with 91,611 in 2011, 51,795 in 2016 and 42,159 in 2020. Wyoming is the leader in coal production.

Manchin, chairman of the Senate Energy and Natural Resources Committee, said in a statement that Biden’s remarks were “not only outrageous and divorced from reality, they ignore the severe economic pain the American people are feeling because of rising energy costs.”

Such remarks, Manchin said, “are the reason the American people are losing trust in President Biden. … It seems his positions change daily depending on the audience and politics of the day.”

Manchin, whose support was crucial to Biden winning passage of the Inflation Reduction Act, which included the biggest investment in climate programs in U.S. history, slammed Biden for “offensive and disgusting” words and said the president owed West Virginia coal workers “an immediate and public apology.”

“Let me be clear, this is something the president has never said to me. Being cavalier about the coal jobs for men and women in West Virginia and across the country who literally put their lives on the line to help build and power this country is offensive and disgusting,” Manchin. He added that “it is time he learn a lesson that his words matter and have consequences.”

The White House said Biden was “commenting on a fact of economics and technology” at a time when the country is undertaking an “energy transition” that he is working to ensure means “more jobs and better opportunities. … No one will be left behind.”

The EIA projects that coal generation is expected to decline from 22.5% of U.S. electricity in 2021 to 21.1% in 2022, before falling to 19.9% in 2023 -– the same coal generation share as 2020 when production hit its lowest level in decades, in part because of COVID-19. Natural gas is expected to make up for some of coal’s declining share in 2022 and beyond. Coal produced more than 40% of U.S. electricity though 2011 before a steep decline caused by the fracking boom.

In late 2021, Manchin torpedoed Biden’s big domestic policy bill, leading to a hardball response from the White House to a lawmaker whose vote is crucial in the 50-50 Senate. Biden’s press secretary called Manchin’s opposition, first announced on a Sunday news show, as “a sudden and inexplicable reversal in his position” and “a breach of his commitments” to Biden and congressional Democrats.

Then, this past summer, Manchin suddenly reversed course and backed a revised bill that became law with only Democratic votes.