Xi warns Putin nuclear weapons in Ukraine is a red line. So much for a ‘no limits’ friendship 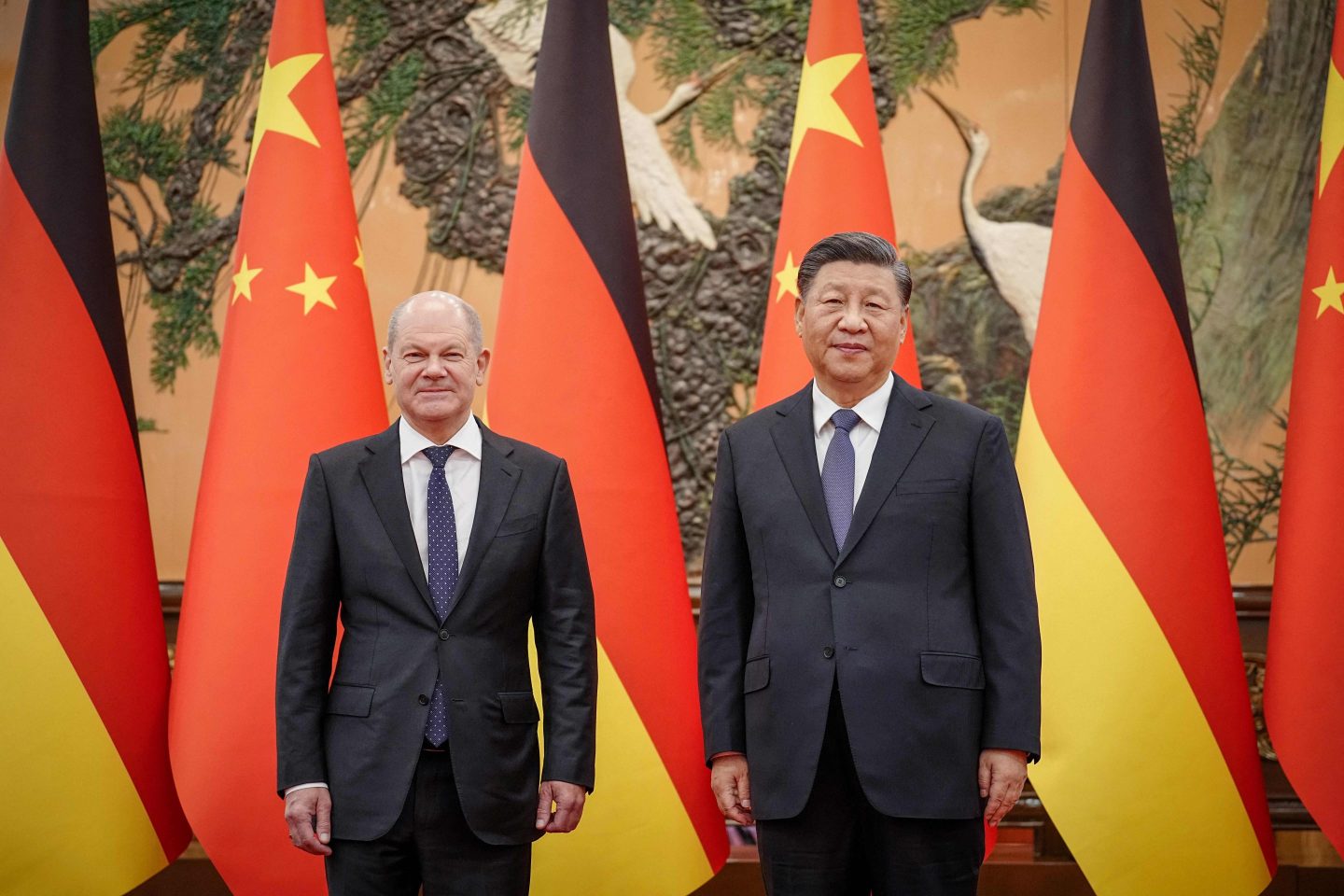 Chinese President Xi Jinping told German Chancellor Olaf Scholz he opposed the use of nuclear force in Europe, in his most direct remarks yet on the need to keep Russia’s war in Ukraine from escalating.

During the two leaders’ first in-person talks on Friday in Beijing, Xi called on the international community to “reject the threat of nuclear weapons” and advocate against a nuclear war to prevent a “crisis on the Eurasian continent,” according to the official Xinhua News Agency.

The Chinese leader also spoke of the joint need to ensure the stability of food and energy supply chains, which have both been disrupted by Russian President Vladimir Putin’s invasion of Ukraine. Kremlin officials including former President Dmitry Medvedev have warned in recent months about the possible use of tactical nuclear weapons in Ukraine as Moscow’s faltering war enters its tenth month.

Xi’s comments send a clear message to Putin that nuclear threats are a red line for China, giving Beijing some common ground with Brussels on a conflict that’s strained ties with the bloc. The Chinese leader’s declaration of a “no limits” friendship with Putin before the invasion prompted Europe to reexamine the security risks of expanding economic ties with Beijing.

After a meeting in Muenster, Germany, foreign ministers of the Group of Seven nations said Friday that “Russia’s irresponsible nuclear rhetoric is unacceptable.” They added: “Any use of chemical, biological, or nuclear weapons by Russia would be met with severe consequences.”

Josef Gregory Mahoney, a professor of politics at East China Normal University in Shanghai, said Xi’s comments would please those in Europe who’d hoped China would use its position as a “friend of Russia” to deter Moscow against nuclear threats.

“Xi’s remarks are unambiguous here, against both the use and threats of use of nuclear weapons,” he said. “That will be interpreted by some as a very important message.”

Scholz is the first major European leader to visit China in more than two years, as Xi returns to in-person diplomacy after his long spell of self-imposed Covid isolation stifled such exchanges. The German leader, who is joined on the one-day trip by top executives from BASF SE, Volkswagen AG, Deutsche Bank AG and BioNTech SE, is also the first from the bloc to meet Xi after he clinched a precedent-defying third term in office last month.

The German leader said his trip came at a “time of great tension,” as Russia’s war in Ukraine challenged the rules-based order, and stressed the importance of face-to-face dialogue. “We can now talk concretely and directly with each other to respond to the challenges the world is facing and the bilateral relations between Europe and China,” he said in a statement.

“Destroying political trust is easy, but rebuilding it is difficult, so it requires both sides to take care of it,” Xi told Scholz, according to Xinhua. In a press briefing after meeting Premier Li Keqiang on Friday afternoon, Scholz said he’d urged China to use its influence over Russia to deter it from nuclear force.

Xi has engaged in a flurry of diplomacy this week, hosting top foreign leaders from Vietnam, Pakistan and Tanzania as he begins a third term focused on increasing China’s global influence. The Chinese leader didn’t leave his nation for two years after Covid emerged, a period that saw Beijing’s ties with the West sour over Xi’s crackdown on Hong Kong, treatment of Muslims in Xinjiang and military pressure on Taiwan.

Later this month, Xi is expected to expand that outreach campaign at major summits in Thailand and Indonesia, where he could sit down with President Joe Biden for the first time since the US leader took power. That meeting could ease hostilities between the world’s two largest economies, which have reached a new low during the pandemic.

While Xi seems to have eased his own virus restrictions, meeting dignitaries in person and appearing unmasked in public, the nation’s Covid Zero policy remains in play. The German delegation had to take two PCR tests before landing in Beijing, and another on arrival, while workers wearing hazmat suits were seen rolling out a red carpet for Scholz.

Xi’s efforts to solidify ties with Germany this week are part of a broader push to prevent relations with the European Union from further deteriorating. Last year, the EU halted an investment agreement with China after both sides traded sanctions over Xinjiang, where the US has accused Beijing of genocide. China denies such allegations.

For its part, Berlin is working to hone a new national strategy on China that aims to weaken reliance, diversify supply chains and enhance security, while reinforcing business ties. That handed Scholz the delicate balancing act of pushing trade ties in Beijing, while voicing concerns on sensitive issues.

Noah Barkin, managing editor of the Rhodium Group’s China practice, said that while Scholz will likely view Xi’s warning to Moscow on nuclear force as a victory, the Chinese leader still hadn’t turned his back on Putin.

“The lessons of the past year are that Xi will stick with Putin through thick and thin,” Barkin said, adding that Scholz’s push to deepen economic ties with Beijing was at odds with his own government’s aims. “It will raise questions among Germany’s allies in Europe, the US and Asia about where Berlin really stands.”