The Alex Jones trial is just getting to the punitive damages phase—Sandy Hook parents say a $2.75 trillion award is possible 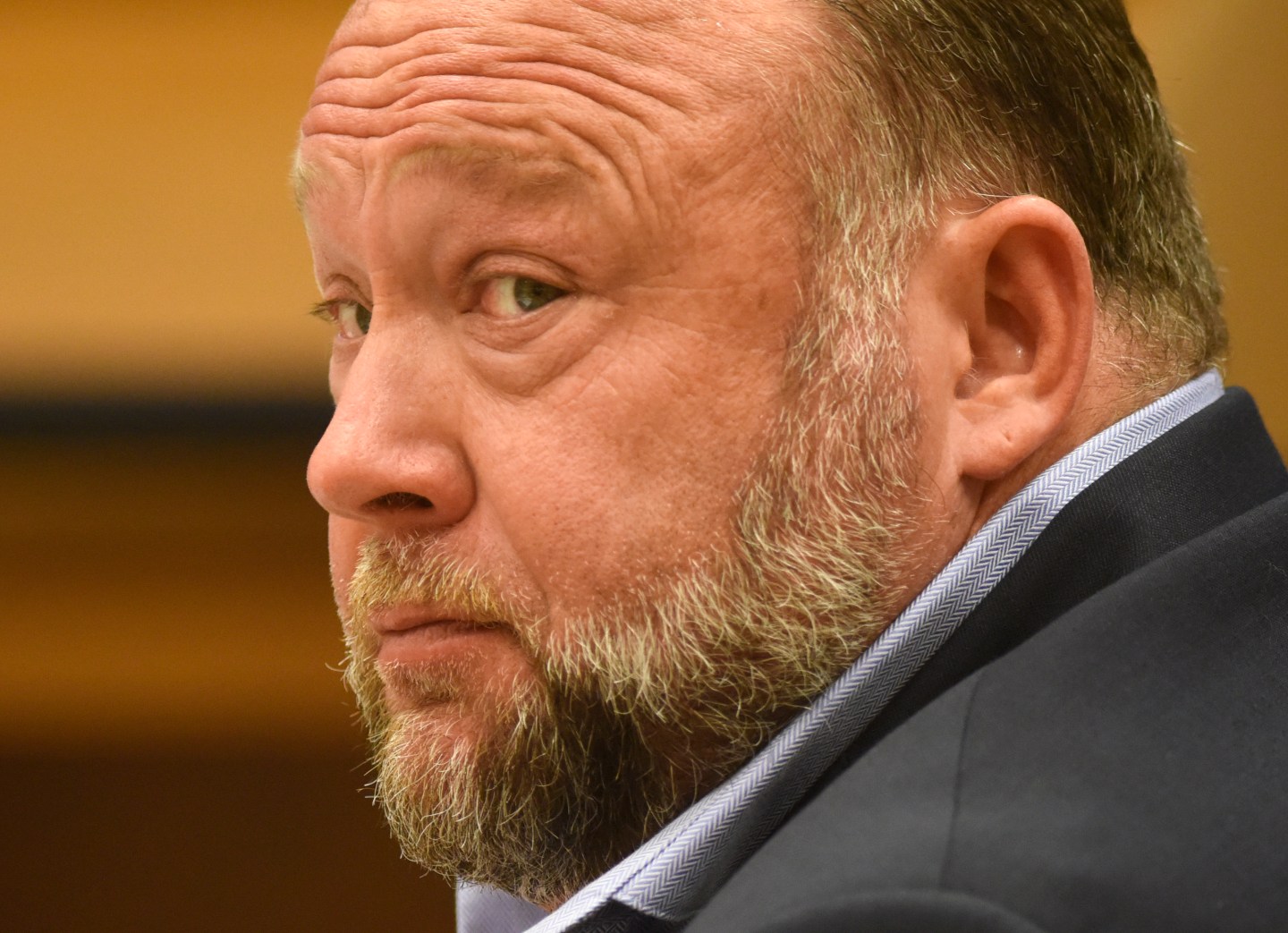 Infowars host Alex Jones is facing the possibility of having more penalties heaped onto the amount he already owes for spreading conspiracy theories about the Sandy Hook Elementary School shooting, as the punitive damages phase of his Connecticut trial is set to begin Friday in a lawsuit filed by the victims’ families.

A jury last month ordered Jones and his company, Free Speech Systems, to pay nearly $1 billion in compensation to the Sandy Hook families for the harm they suffered when he persuaded his audience that the 2012 shooting that killed 26 people was a hoax perpetrated by “crisis actors.”

The jury also said punitive damages should be awarded. That amount will be determined by Judge Barbara Bellis following evidentiary hearings set for Friday and Monday.

The plaintiffs’ lawyers, in court filings, suggested punitive damages could total $2.75 trillion based on one hypothetical calculation, but have not asked for a specific amount.

“Justice requires that the Court’s punitive damages award, punish and deter this evil conduct,” attorneys Alinor Sterling, Christopher Mattei and Joshua Koskoff wrote in a motion. “Only a punitive damages assessment of historic size will serve those purposes.”

Jones’ lawyer, Norm Pattis, is arguing that any punitive damages should be minimal, in part because the $1 billion compensatory damages award is the functional equivalent of punitive damages due to its extremely large amount.

“Few defendants alive could pay damages of this sum,” Pattis wrote. “Indeed, most defendants would be driven into bankruptcy, their livelihood destroyed, and their future transformed into the bleak prospect of a judgment debtor saddled for decades with a debt that cannot be satisfied. To regard this as anything other than punishment would be unjust.”

All the plaintiffs, including relatives of eight of the shooting victims and an FBI agent who responded to the school, gave emotional testimony during the trial, describing how they have been threatened and harassed for years by people who believe the shooting didn’t happen.

Strangers showed up at some of their homes and confronted some of them in public. People hurled abusive comments at them on social media and in emails. And some said they received death and rape threats.

Jones was found liable last year for damages to the families for defamation, infliction of emotional distress and violating Connecticut’s Unfair Trade Practices Act. Although punitive damages are generally limited to attorneys’ fees for defamation and infliction of emotional distress, there are no such limits for punitive damages under the Unfair Trade Practices Act.

In a calculation in a plaintiffs’ court filing, they said Jones’ comments about Sandy Hook were viewed an estimated 550 million times on his and Infowars’ social media accounts from 2012 to 2018. They said that translated into 550 million violations of the Unfair Trade Practices Act.

As for legal fees, the plaintiffs and their lawyers have a retainer agreement stipulating the law firm, Koskoff, Koskoff & Bieder, will get one-third of any compensatory damages recovered from Jones and Free Speech Systems. The firm says its legal costs in the case have been nearly $1.7 million so far.

Jones has said on his Infowars show that it doesn’t matter how large the damages awards are, because he doesn’t have $2 million to his name and he wouldn’t be able to pay the full amounts.

That contradicted testimony at a similar trial in Texas in August, when a jury ordered Jones to pay nearly $50 million to the parents of one of the children killed in the Sandy Hook shooting due to his lies about the massacre.

A forensic economist testified that Jones and Free Speech Systems, Infowars’ parent company, have a combined net worth as high as $270 million, which Jones disputes. Free Speech Systems filed for bankruptcy protection in the middle of the trial in Texas, while a third trial over the hoax conspiracy is planned around the end of the year.

Jones hawks nutritional supplements, survival gear and other products on his show. Evidence at the Connecticut trial showed his sales spiked around the time he talked about the Sandy Hook shooting — leading the plaintiffs’ lawyers to say he was profiting off the tragedy.

In documents recently filed in Free Speech Systems’ bankruptcy case, a budget for the company for Oct. 29 to Nov. 25 estimated product sales would total $2.5 million, while operating expenses would be about $740,000. Jones’ salary was listed at $20,000 every two weeks.

Jones has vowed to appeal all the verdicts against him related to Sandy Hook.