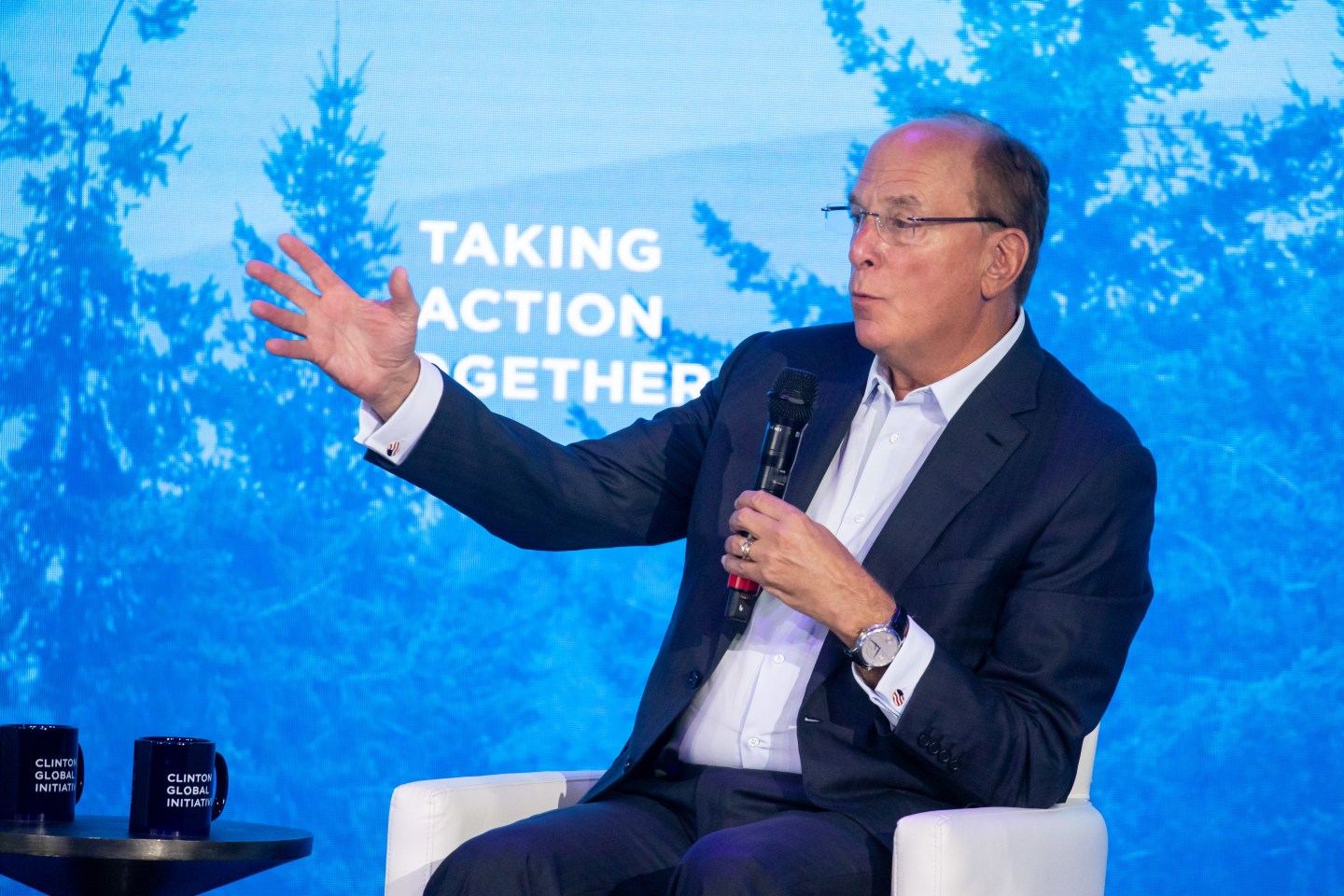 In a letter to BlackRock clients and corporate CEOs, Fink said technology is ushering in the ability for asset-managers’ clients to express their views on issues at company meetings and has the potential to fundamentally transform corporate governance.

“My hope is that in the future, every investor — ultimately including individual investors — has access to voting choice, if they want it,” Fink said. “This revolution in shareholder democracy will take years to be fully realized, but it is one that, if executed correctly, can strengthen the very foundations of capitalism.”

BlackRock and other large asset managers such as Vanguard Group and State Street Corp. are facing heightened scrutiny from investors and lawmakers about their outsize sway over companies and their support for investing with environmental, social and governance, or ESG, goals. The three biggest index-fund managers are top-five investors in nearly every S&P 500 company, giving them significant power at shareholder meetings.

The letter also offered new details on BlackRock’s “voting choice” program, unveiled a year ago, which allows institutional investors — including public and private pensions — a slate of options about how their votes are cast. The firm said $1.8 trillion in index-equity assets for institutional clients are eligible for the program, and clients with $452 billion have taken part as of the end of September.

Vanguard and Charles Schwab Corp. have also made moves to give their clients a greater say on matters at companies they ultimately invest in. Each has announced its own pilot program on voting power over the last month.

Republican officials across the US have lambasted BlackRock and Fink for pressing companies to respond to climate change, while environmental advocates have criticized the firm for doing too little. Already, Republican state officials have withdrawn more than $1 billion from BlackRock funds over ESG concerns.

The company, with $7.96 trillion in client assets at the end of the third quarter, said it’s expanding the voting program to include seven more options offered by outside proxy adviser Glass Lewis. BlackRock also said it’s working to extend voting power to clients in certain mutual funds in the UK as well as investors in some of its systematic active equity strategies.

“All investors should be able to pick from a range of voting policies to reflect their preferences,” Fink said, adding that doing so should be as easy as it is now to buy a mutual or exchange-traded fund on a mobile phone. “There is no going back. The next generation of investors will increasingly demand to be heard. Technology has the potential to transform corporate governance in ways that we cannot fully imagine.”

Fink said that while increased voting by clients has the potential for deeper connections between shareholders and corporate executives, it’ll also present challenges to CEOs.

“Those of us who lead public companies will have a broader set of shareholders with whom to engage,” Fink said. “Companies may need to develop new models of engaging with asset owners on their most important voting matters. This may take time to evolve.”