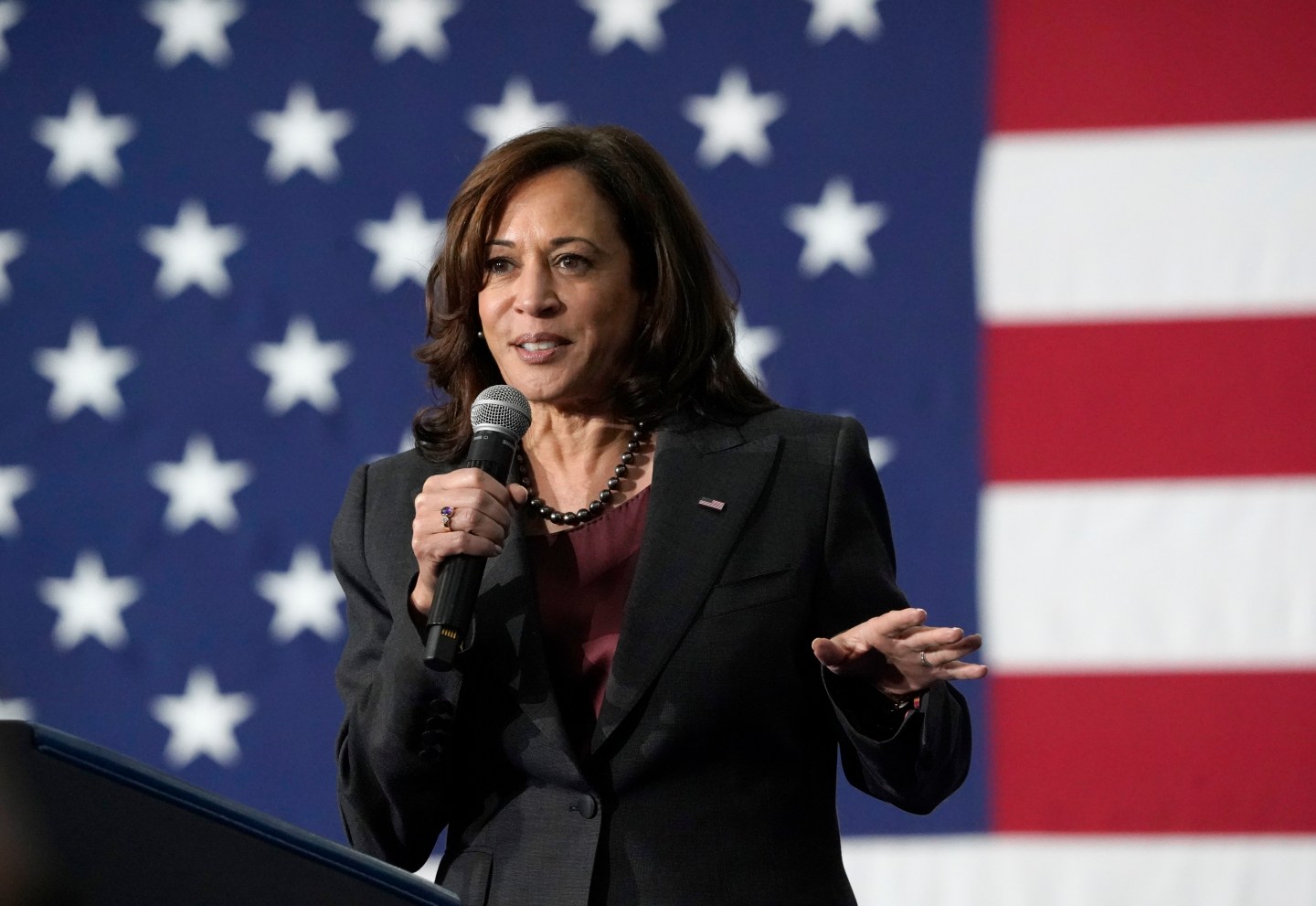 Vice President Kamala Harris speaks during a campaign rally in support of the statewide Massachusetts Democratic ticket on Nov. 2, 2022, in Boston.
Mary Schwalm—AP

The Biden administration said Wednesday it is making $4.5 billion available through a low-income home energy assistance program to help with heating costs heading into what is expected to be a brutal winter.

Spending for the program is significantly higher than the typical annual funding of about $3.5 billion, but far below the $8 billion the administration and congressional Democrats delivered last winter as part of President Joe Biden’s coronavirus relief package.

The money spent last year was by far the largest appropriation in a single year since the Low Income Home Energy Assistance Program was established in 1981.

The money will be provided to state, local and tribal governments to help more than 5 million families pay heating and utility bill costs, and can also be used to make home energy repairs.

“One of the best ways a family can reduce their energy bill is to make their home more energy efficient,” Vice President Kamala Harris told a crowd at a union hall in Boston.

“But here’s the challenge for many homeowners — many folks who are here today — you know that energy efficiency upgrades are expensive,” she said. “And even though we know it can save you thousands of dollars in the long run, the upfront cost is often too high for so many families to be able to afford.”

In New England, one of the major utilities has already announced a 60% price hike for electricity this winter. Utilities are also seeking price hikes for natural gas and home heating oil, citing the war in Ukraine and inflation. The top executive of Eversource Energy, New England’s largest energy provider, warned Biden last week that the region may not have enough power if a severe cold spell hits this winter.

“This represents a serious public health and safety threat,” Eversource CEO Joseph Nolan told Biden, urging the president to use emergency powers to ensure adequate fuel resources in the region.

The announcement of heating assistance comes in the waning days before Tuesday’s elections that will determine which party controls Congress. Democrats are trying to contrast their efforts to help middle and low-income people through the $1 trillion infrastructure law and other legislative measures with Republican suggestions they would use the debt limit as leverage for cuts to Social Security and Medicare benefits and other federal programs.

“As heating costs increase, it is more important than ever to help families struggling to make ends meet,″ said Health and Human Services Secretary Xavier Becerra.

Across the country, families are looking to the winter with dread as energy costs soar and fuel supplies tighten. The LIHEAP program served more than 5.3 million households last year, and a similar number are expected to participate this year.

The Energy Department is projecting sharp price increases for home heating compared with last winter. Some worry that heating assistance programs will not be able to make up the difference for struggling families. The situation is even bleaker in Europe, where supply constraints caused by Russia’s invasion of Ukraine are pushing natural gas prices upward and causing painful shortages.

In a related announcement, the Energy Department said Wednesday it will begin allocating $9 billion approved under the new climate and health law for a program aimed at supporting energy upgrades to 1.6 million households over the next 10 years. Officials expect to make funding available starting next year to states and tribes to better protect homes against the weather and install some 500,000 new heat pumps.

The White House also said it is spending $250 million from the Defense Production Act to boost domestic production of heat pumps, which are primarily made in Europe and Asia.