Powerball jackpot jumps to $1.2 billion, fourth biggest in U.S. history, after no one wins on Halloween 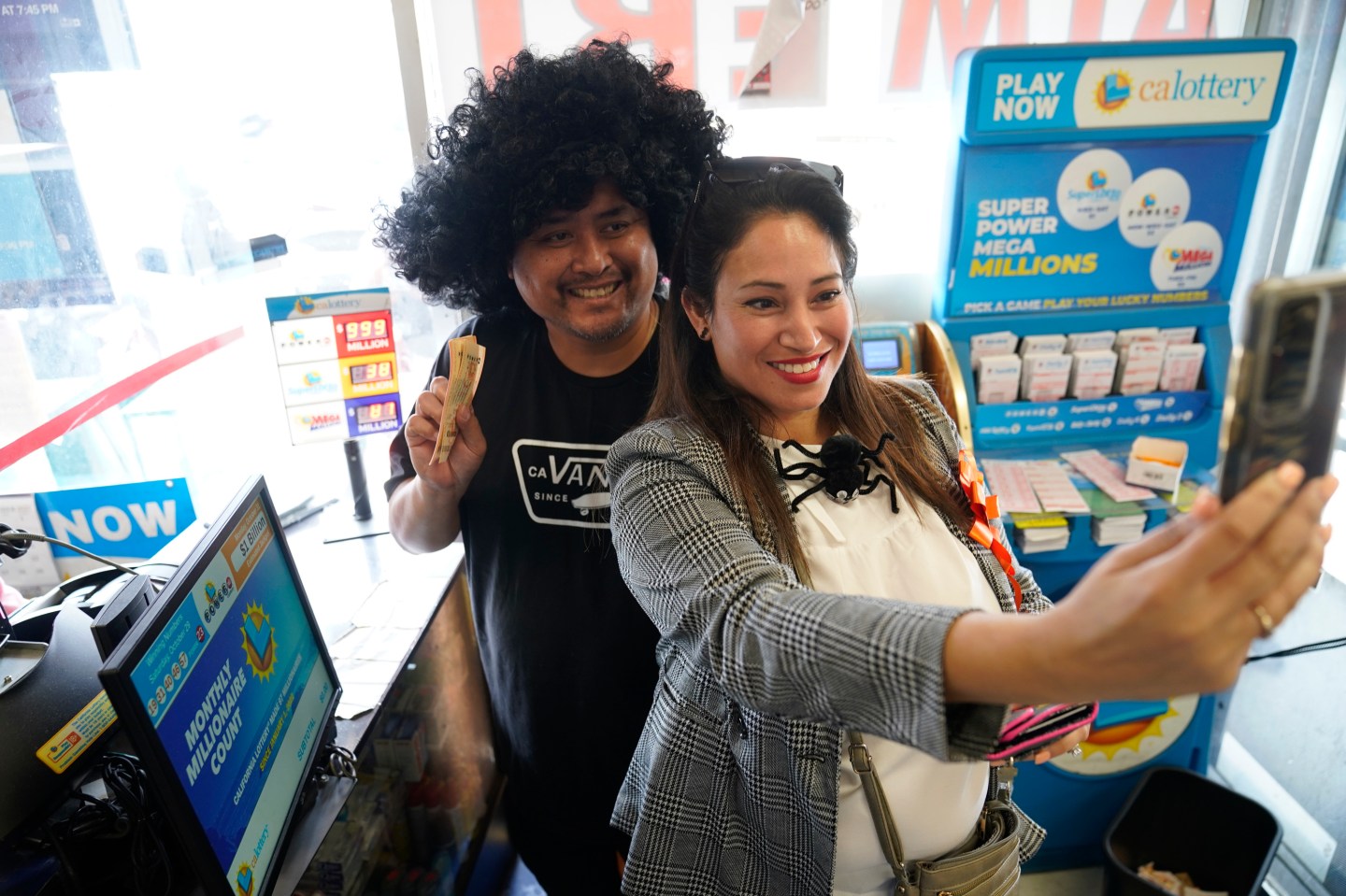 Cathy Zubiate, from Long Beach, Calif., and Gilbert Estrella, from Whitter, Calif., take a selfie after purchasing about $400.00 worth of lottery tickets for the Powerball lottery at the Blue Bird Liquor store in Hawthorne, Calif., on Oct. 31, 2022.
Damian Dovarganes—AP Images

There were no big treats from the Halloween night Powerball drawing, as none of the tickets sold matched all six numbers.

The lack of a winner means the next drawing Wednesday night will be for a massive $1.2 billion jackpot.

The increased jackpot will be the 4th-largest in U.S. history. The biggest prize was a $1.586 billion Powerball jackpot won by three ticketholders in 2016.

Massive lottery jackpots have become more common in recent years as lottery officials have adjusted game rules and ticket prices to pump up the top prizes. The most recent tweak came in August, when Powerball officials added an additional drawing day — going from two a week to three — to build larger prizes and boost sales.

No one has hit all six numbers since Aug. 3, meaning there have now been 38 consecutive draws without a jackpot winner — a testament to how slim the odds are of winning the jackpot: 1 in 292.2 million.