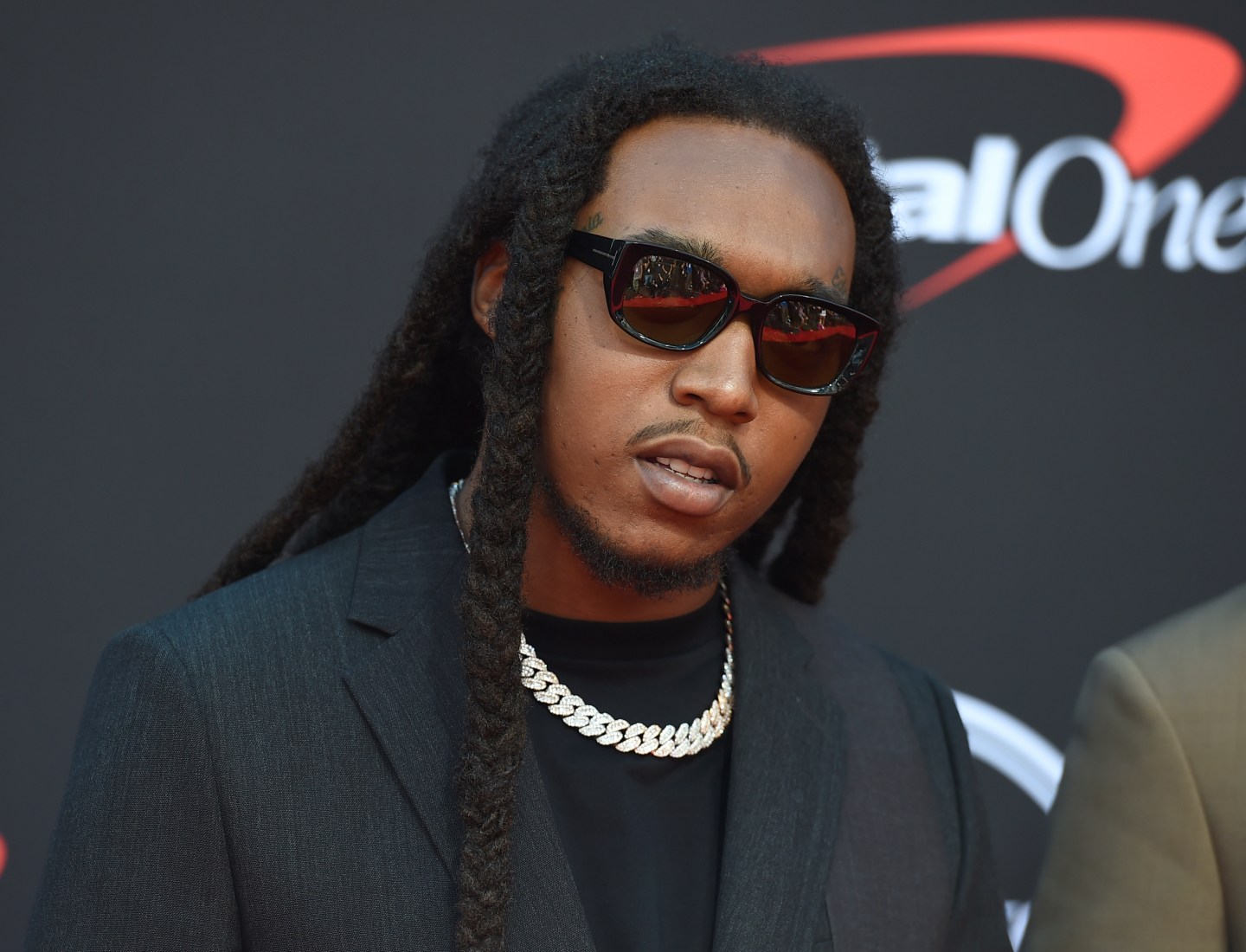 Takeoff, of Migos, arrives at the ESPY Awards in Los Angeles on July 10, 2019. A representative confirms that rapper Takeoff is dead after a shooting outside of a Houston bowling alley early Tuesday, Nov. 1, 2022.
Jordan Strauss—Invision/AP

The rapper Takeoff, best known for his work with the Grammy-nominated trio Migos, is dead after a shooting early Tuesday outside a bowling alley in Houston, a representative confirmed. He was 28.

Kirsnick Khari Ball, known as Takeoff, was part of Migos along with Quavo and Offset. A representative for members of Migos who was not authorized to speak publicly confirmed the death to The Associated Press.

Police responded shortly after 2:30 a.m. to reports of a shooting at 810 Billiards & Bowling, where dozens of people had gathered on a balcony outside of the third-floor bowling alley, police said. Officers discovered one man dead when they arrived. An AP reporter at the scene observed a body loaded into a medical examiner’s van around 10 a.m., more than seven hours after the shooting.

Security guards who were in the area heard the shooting but did not see who did it, a police spokesperson said. Two other people were injured and taken to hospitals in private vehicles.

No arrests have been announced and few details were released about what led up to the shooting, but Houston police planned a news conference for Tuesday afternoon. Media members at the scene later Tuesday morning were being kept across the street, which was otherwise blocked off to the public, and 810 Billiards & Bowling’s management did not immediately respond to a phone message seeking comment.

Tuesday morning, several fans had gathered across the street from the bowling alley, which is in a three-story downtown Houston retail complex that includes high-end restaurants, a House of Blues and is near a Four Seasons hotel.

Isaiah Lopez, 24, said he rushed down from his home in the Houston suburb of Humble after hearing Takeoff had been killed.

“He was one of our favorites, mine and my brother’s. It’s all we would listen to,” Lopez said as he carried a dozen roses he hoped to place near the site of the shooting. “As soon as my brother called me and said, ‘Takeoff is gone,’ I had to come over here and pay my respects.”

Thomas Moreno, 30, who lives about five minutes away from the site of the shooting, said he had met Takeoff at an event at a Houston bar and restaurant in June and said he was “a real nice guy.”

“I feel it’s just another good person gone too soon,” Moreno said. “This happens every day but it hurts even more when it’s somebody so talented and so young.”

Takeoff was the youngest member of Migos, the rap trio from suburban Atlanta that also featured his uncle Quavo and cousin Offset. They first broke through with the massive hit “Versace” in 2013. The song was remixed by Drake, heightening its popularity.

The group had four Top 10 hits on the Billboard Hot 100, though Takeoff was not on their multi-week No. 1 hit “Bad and Boujee,” featuring Lil Uzi Vert. They put out a trilogy of albums called “Culture,” “Culture II” and “Culture III,” with the first two albums hitting No. 1 on the Billboard 200 album chart. They also earned an ASCAP Vanguard Award in 2018, for their streaming success with multiplatinum songs like “Motorsport (featuring Cardi B and Nicki Minaj),” “Stir Fry,” and “Walk It Talk It.”

The trio also played a fictional version of themselves on an episode of the hit TV show “Atlanta,” but the group was not currently together.

Offset, who is married to Cardi B, released a solo album in 2019, while Takeoff and Quavo released a joint album “Only Built for Infinity Links” last month. Quavo posted links Monday on his Instagram to his and Takeoff’s Halloween-themed music video, “Messy,” along with a video of him and his friends driving around Houston.