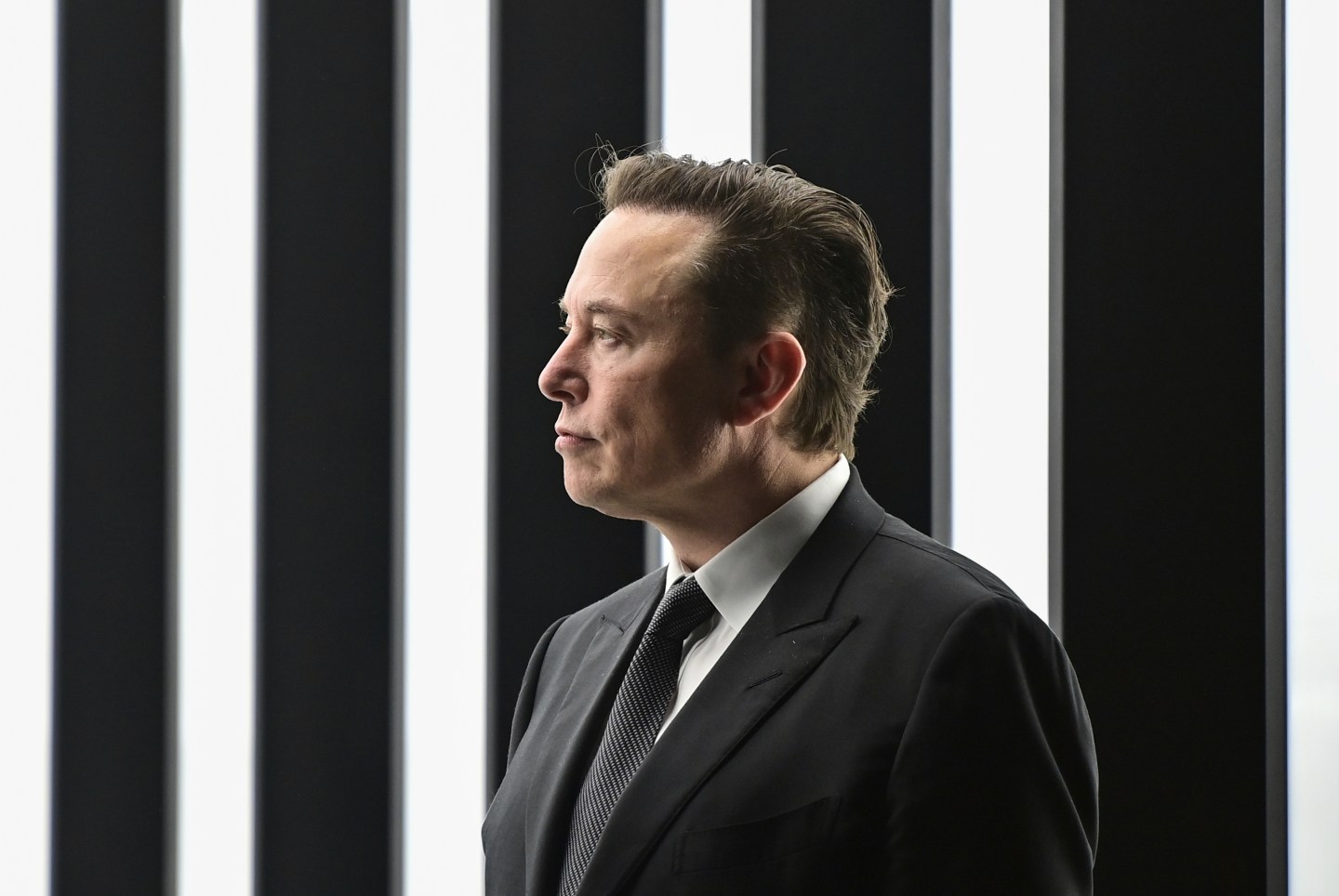 Billionaire Elon Musk is already floating major changes for Twitter — and faces major hurdles as he begins his first week as owner of the social-media platform.

Twitter’s new owner fired the company’s board of directors and made himself the board’s sole member, according to a company filing Monday with the Securities and Exchange Commission.

He’s also testing the waters on asking users to pay for verification. A venture capitalist working with Musk tweeted a poll asking how much users would be willing to pay for the blue check mark that Twitter has historically used to verify higher-profile accounts so other users know it’s really them.

Critics have derided the mark, often granted to celebrities, politicians, business leaders and journalists, as an elite status symbol.

But Twitter also uses the blue check mark to verify activists and people who suddenly find themselves in the news, as well as little-known journalists at small publications around the globe, as an extra tool to curb misinformation coming from accounts that are impersonating people.

“The whole verification process is being revamped right now,” Musk tweeted Sunday in response to a user who asked for help getting verified.

On Friday, meanwhile, billionaire Saudi Prince Alwaleed bin Talal said he and his Kingdom Holding Company rolled over a combined $1.89 billion in existing Twitter shares, making them the company’s largest shareholder after Musk. The news raised concerns among some lawmakers, including Sen. Chris Murphy, a Democrat from Connecticut.

Murphy tweeted that he is requesting the Committee on Foreign Investment — which reviews acquisitions of U.S. businesses by foreign buyers — to investigate the national security implications of the kingdom’s investment in Twitter

“We should be concerned that the Saudis, who have a clear interest in repressing political speech and impacting U.S. politics, are now the second-largest owner of a major social media platform,” Murphy tweeted. “There is a clear national security issue at stake and CFIUS should do a review.”

Having taken ownership of the social media service, Musk has invited a group of tech-world friends and investors to help guide the San Francisco-based company’s transformation, which is likely to include a shakeup of its staff. Musk last week fired CEO Parag Agrawal and other top executives.

There’s been uncertainty about if and when he could begin larger-scale layoffs.

“I do think there will be a lot of layoffs,” said Matthew Faulkner, an assistant finance professor at San Jose State University. Faulkner noted the need for cost-cutting after Musk bought Twitter for a premium and the platform’s longtime struggles trying to turn a profit. But Musk might also want as quickly as possible to weed out employees who don’t believe in his mission so that those who stay feel more secure.

“You don’t want to have frantically scared employees working for you,” Faulkner said. “That doesn’t motivate people.”

Those who have revealed they are helping Musk include Sriram Krishnan, a partner at venture capital firm Andreessen Horowitz, which pledged back in the spring to chip in to Musk’s plan to buy the company and take it private.

Krishnan, who is also a former Twitter product executive, said in a tweet that it is “a hugely important company and can have great impact on the world and Elon is the person to make it happen.”

Jason Calacanis, the venture capitalist who tweeted the poll about whether users would pay for verification, said over the weekend he is “hanging out at Twitter a bit and simply trying to be as helpful as possible during the transition.”

Calacanis said the team already “has a very comprehensive plan to reduce the number of (and visibility of) bots, spammers, & bad actors on the platform.” And in the Twitter poll, he asked if users would pay between $5 and $15 monthly to “be verified & get a blue check mark” on Twitter. Twitter is currently free for most users because it depends on advertising for its revenue.

Musk agreed to buy Twitter for $44 billion in April but it wasn’t until Thursday evening that he finally closed the deal, after his attempts to back out of it led to a protracted legal fight with the company. Musk’s lawyers are now asking the Delaware Chancery Court to throw out the case, according to a court filing made public Monday. The two sides were supposed to go to trial in November if they didn’t close the deal by the end of last week.

Musk has made a number of pronouncements since early this year about how to fix Twitter, and it remains unclear which proposals he will prioritize.

He has promised to cut back some of Twitter’s content restrictions to promote free speech, but said Friday that no major decisions on content or reinstating of banned accounts will be made until a “content moderation council” with diverse viewpoints is put in place. He later qualified that remark, tweeting “anyone suspended for minor & dubious reasons will be freed from Twitter jail.”

The head of a cryptocurrency exchange that invested $500 million in Musk’s Twitter takeover said he had a number of reasons for supporting the deal, including the possibility Musk would transition Twitter into a company supporting cryptocurrency and the concept known as Web3, which many cryptocurrency enthusiasts envision as the next generation of the internet.

“We want to make sure that crypto has a seat at the table when it comes to free speech,” Binance CEO Changpeng Zhao told CNBC on Monday. “And there are more tactical things, like we want to help bring Twitter into Web3 when they’re ready.”

He said cryptocurrency could be useful for solving some of Musk’s immediate challenges, such as the plan to charge a premium membership fee for more users.

“That can be done very easily, globally, by using cryptocurrency as a means of payment,” he said.