The wealthy donated up to $12.5 billion to climate change organizations in the past year—the most ever. But it’s still not enough to save the planet 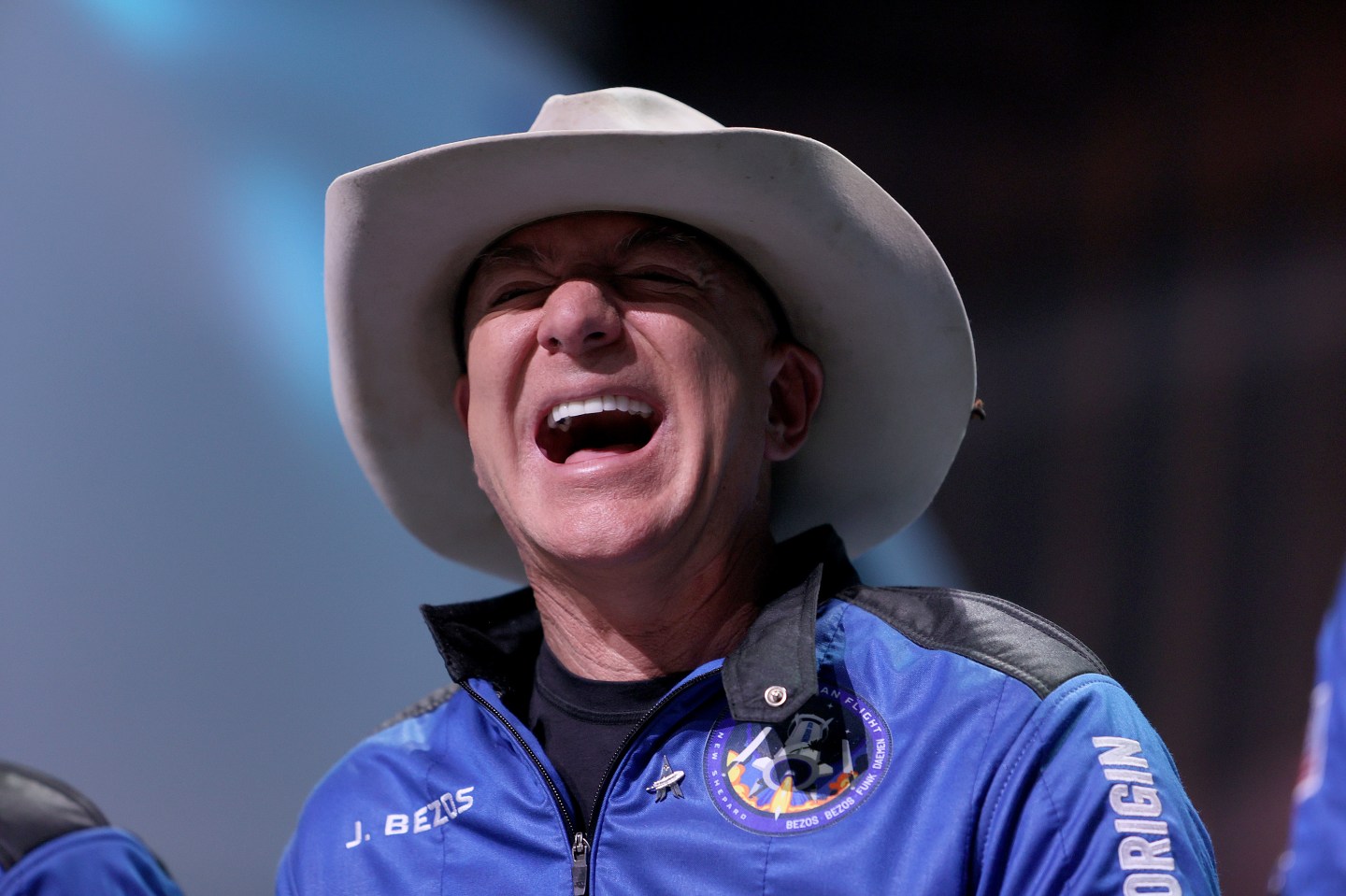 Bezos is one of the ultrawealthy who donated to climate causes in 2022.
Joe Raedle/Getty Images

Charitable giving to organizations that work to slow climate change have increased in the past year, and many more groups are receiving funds than just a few years ago. But despite the increases, giving from individuals and foundations to climate-related causes remains a stubbornly small percentage of overall charitable giving according, to a new report by the ClimateWorks Foundation.

The jump in giving was significant—25% over 2020—and it outpaced the growth of giving overall. Yet contributions to climate philanthropy accounted for just 1 to 1.5% of all giving, according to the report—just $7.5 billion to $12.5 billion out of the $810 billion given to all causes in 2021.

Donors should be recognized for increasing their support, says Helen Mountford, CEO of ClimateWorks. But the global costs for transitioning to a carbon-neutral economy will be in the trillions of dollars. Philanthropy’s few billion dollars are a start but still fall short. “This is nowhere near fast enough,” she says. “We need to do a lot more.”

Mountford says that a number of new foundations are donating to climate-related causes, perhaps inspired in part by Bezos but also by the increasingly dire effects of drought, extreme weather, and sea-level rise around the world.

Young wealthy donors have also been drawn to the issue and account for some of the increased support, says Jennifer Kitt, president of the Climate Leadership Initiative, which advises donors on climate-giving strategies. She says younger members of wealthy families are pushing for increased climate funding because it’s an issue that directly affects them.

“Younger members of families learned this science in school and are now in their late 20s and early 30s,” she says. “They can see with clarity the timeline is running out and the impact it will have on them,” she says.

While foundation giving to curb climate change is on the rise, it is also increasing from a very small base. Foundations, particularly those that do not focus directly on the environment, have been slow to give to climate-related causes, says Phil Buchanan, president of the Center for Effective Philanthropy. A survey released by the center this summer found that 90% of foundation executives said climate change was an urgent problem, but only 10% said it was the most important issue to address right now.

The foundation executives surveyed said that government and businesses should be doing more. They feel overwhelmed by an issue that seems complex and global in scale and are uncertain of which strategies are effective, says Buchanan. And reports citing the dearth of funding for every issue are common. But, he says, climate, which affects just about every area philanthropy addresses, is different. “There’s this sense that this is not really what we do because we’ve got these other issues that we focus on,” he says. “This is the existential crisis of our time. I worry that if folks sit on the sidelines, they’ll be ready to act when it’s too late.”

The number of nonprofits receiving funding has grown, too, according to the report. In 2015, about 1,400 groups worldwide received funding for climate-related work. In 2022, that number nearly doubled to 2,775.

The increase in the number of groups working on the issue is encouraging, says Mountford. “We actually need to help build this field,” she says. “We can’t just rely on a few organizations. We really need to go deeper and wider, to have multiple different institutions helping in the climate fight.”

She also says that the increased number of groups may also indicate that more funding is going to climate-justice groups. But that is not clear from this report. Climate-justice groups — those that are often led by people of color, prioritize race, gender, and class in their approach to climate solutions and focus on approaches to climate change with equitable outcomes — have long been underfunded and receive only a tiny fraction of climate funding. Yet the report does not indicate how much funding they receive or whether that total is rising or falling.

Mountford says that’s because donors rarely categorize their giving in a way that breaks out justice-oriented groups in the United States and overseas. She says ClimateWorks is prioritizing better understanding of these groups and this giving so it can include more data in future studies.

Increased giving to climate change over all does not mean that justice-oriented groups are receiving more funding. The overwhelming majority of funding still goes to big green groups, academics, and think tanks, says Bineshi Albert, co-executive director of the Climate Justice Alliance, a coalition of 84 groups. “We need philanthropy to get on board with the visionary, community-led climate solutions and shift more money to the grassroots now,” he says.

The report does mention important philanthropic efforts to help get more funding to these groups, including the Donors of Color Network’s Climate Justice Pledge, the World Forum on Climate Justice, held during last year’s United Nations climate meetings, and Candid’s recent guide for donors, “Centering Equity and Justice in Climate Philanthropy.”

There has also been an increased focus by donors protecting forests — funding for that issue grew by nearly 70% over the previous year, to $260 million. That was due in part to various efforts including a multi-year $5 billion announcement by nine grant makers, including the Bezos Earth Fund and the Gordon and Betty Moore Foundation, to help bolster biodiversity. Much of the pledged funding targeted programs to help indigenous and local communities preserve forests.

Donors also gave to clean electricity, food, and agriculture and to carbon-dioxide removal technologies that some environmentalists oppose.

While giving remains small, the growth is encouraging, says Kitt. “The most exciting thing is the growth and the scale. Every one of us needs to dream bigger.”