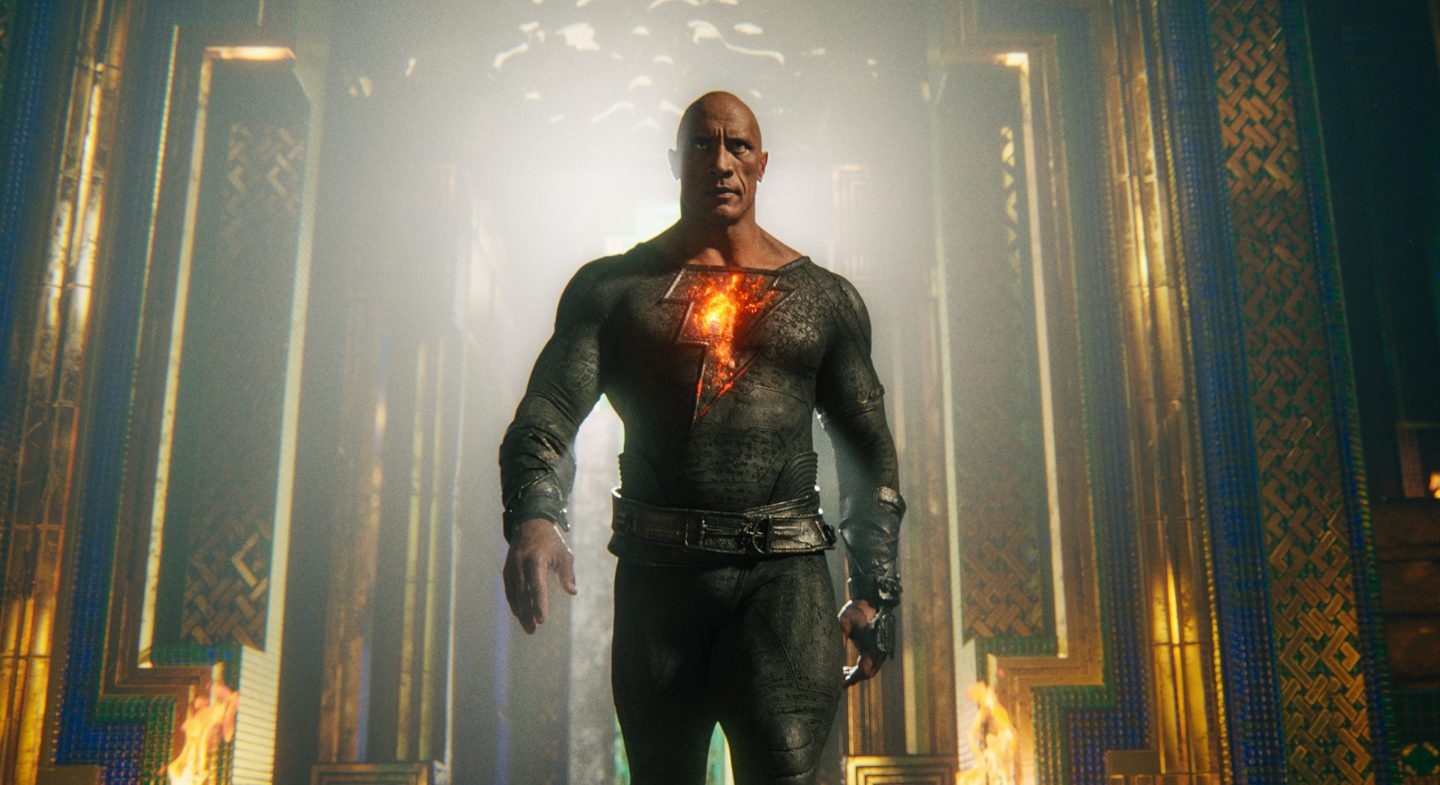 Why is Dwayne Johnson only just now playing a superhero?
Warner Bros. Pictures via AP

“Black Adam,” the Dwayne Johnson-fronted DC superhero film, kept its hold on the No. 1 spot at the North American box office in its second weekend in theaters. Down 59% from its launch, and facing little new competition, “Black Adam” added $27.7 million in ticket sales, bringing its domestic total to $111.1 million, according to studio estimates Sunday.

Johnson spent a decade trying to bring the character to the big screen and has visions for follow-ups involving Superman. But the future of “Black Adam” is not written quite yet, though it’s earned $250 million worldwide. The Warner Bros. film carried a hefty price tag of $200 million, not including marketing and promotion costs, and a sequel has not been officially greenlit.

But big changes are afoot at DC—the studio just announced a new leadership team of Peter Safran and James Gunn, whose love for propping up little-known comic book characters is well-documented. And on Sunday, Johnson posted a note to his 344 million Instagram followers about the end of the world press tour, thanking those who worked behind the scenes to launch “our NEW DC FRANCHISE known as BLACK ADAM.”

Bucking recent romantic comedy trends, moviegoers remained curious about “Ticket to Paradise,” Universal’s Julia Roberts and George Clooney destination romp, which fell only 37% in weekend two to claim second place. The genre has not been the most reliable bet at the box office lately, with films like “Bros” stumbling in theaters, but the star power of Roberts and Clooney is proving hard to resist. “Ticket to Paradise” added $10 million from 3,692 North American theaters, bringing its domestic total to $33.7 million. Globally, it’s grossed $119.4 million to date.

Horror movies, meanwhile, claimed spots three through five on the weekend before Halloween on Monday. Lionsgate’s “Prey for the Devil” opened in third place with $7 million from 2,980 theaters. Notably, it is the only of the three horror films that carried a PG-13 rating. The others were R-rated.

Paramount’s “Smile” took fourth place in its fifth weekend with another $5.1 million, bringing its domestic total to $92.4 million (on a $17 million budget), while “Halloween Ends” landed in fifth place in its third weekend with $3.8 million. “Ends,” which has grossed $60.3 million in North America, was released simultaneously on NBC Universal’s streaming service Peacock.

“This is just another mandate in favor of horror,” said Paul Dergarabedian, Comscore’s senior media analyst. “It’s not just about being in October, horror movies have played well throughout the pandemic. It’s a genre that continues to kill it at the box office time and again.”

Chinonye Chukwu’s Mamie Till-Mobley film “Till” went wide this weekend, adding $2.8 million from 2,058 locations to take seventh place. Boasting a 98% on Rotten Tomatoes, the United Artists Releasing film has gotten good word of mouth with much of it centered on Danielle Deadwyler’s performance.

This weekend also saw the expansion of several notable films, like Todd Field’s “ Tár,” which expanded to 1,087 theaters nationwide where it grossed $1 million and landed in 10th place. Cate Blanchett’s performance as a renowned composer and conductor won her a top acting prize from the Venice Film Festival last month.

Another Venice-winner, “The Banshees of Inisherin” widened to 58 theaters and 12 new markets over the weekend. The Martin McDonagh film starring Colin Farrell and Brendan Gleeson earned $540,000. The Searchlight Pictures release will expand to around 800 locations next weekend.

Charlotte Wells’ “Aftersun” expanded to 17 locations where it earned $75,242, bringing its cumulative grosses to $166,030. The A24-released father-daughter film starring Paul Mescal and Frankie Corio will continue to expand throughout awards season.

James Gray’s “Armageddon Time” opened in six theaters in New York and Los Angeles, to $72,000. Gray mined his own childhood to tell the story about an 11-year-old in Queens in the fall of 1980. The film, which premiered at Cannes earlier this year, stars Banks Repeta, Anne Hathaway, Jeremy Strong and Anthony Hopkins.

But as far as blockbusters are concerned, things will be somewhat slow-going until “Black Panther: Wakanda Forever” arrives on Nov. 11.

“That’ll get the box office going again in a way that feels more like summer,” Dergarabedian said.