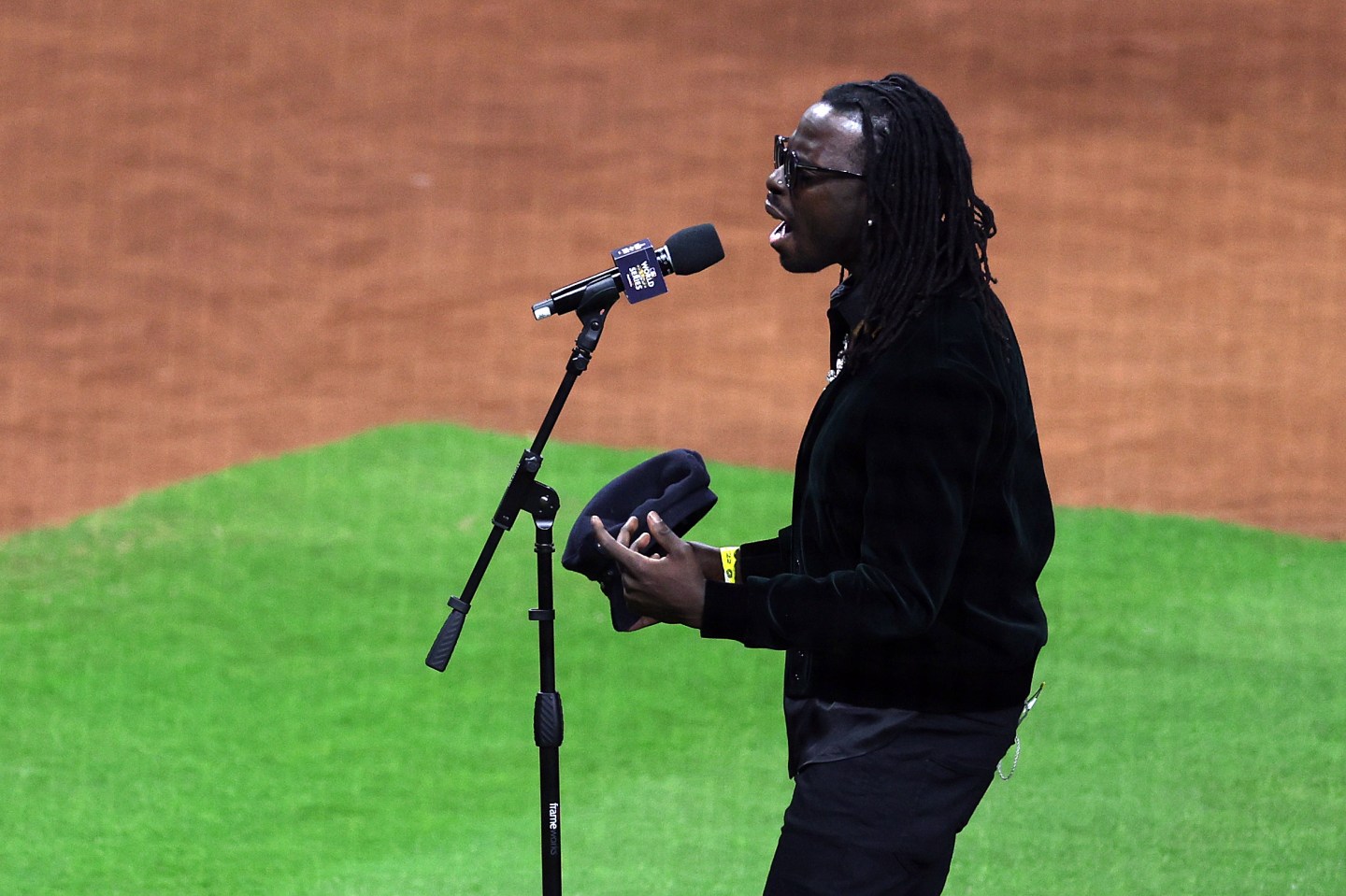 Musician Eric Burton sings the national anthem before Game One of the 2022 World Series between the Philadelphia Phillies and the Houston Astros at Minute Maid Park on October 28, 2022 in Houston, Texas.
Rob Carr/Getty Images

Grammy-nominated singer Eric Burton lost track of the lyrics during “The Star-Spangled Banner” before Friday night’s World Series opener between Houston and Philadelphia.

With players and staff lined up on the field for the traditional pre-game ceremony, and a giant American flag unfurled across the outfield, the Black Pumas band leader went off track on the second line. He sang: “What so proudly we hail’d at the twilight’s last streaming” instead of “gleaming.”

He continued correctly with: “Whose broad stripes and bright stars through the perilous fight.” But then, instead of “O’er the ramparts we watch’d were so gallantly streaming?” he backtracked to “What so proudly we hail’d at the twilight’s last” before again singing “streaming” instead of “gleaming.”

Burton then picked up correctly with “And the rocket’s red glare, the bomb bursting in air” and finished uneventfully.