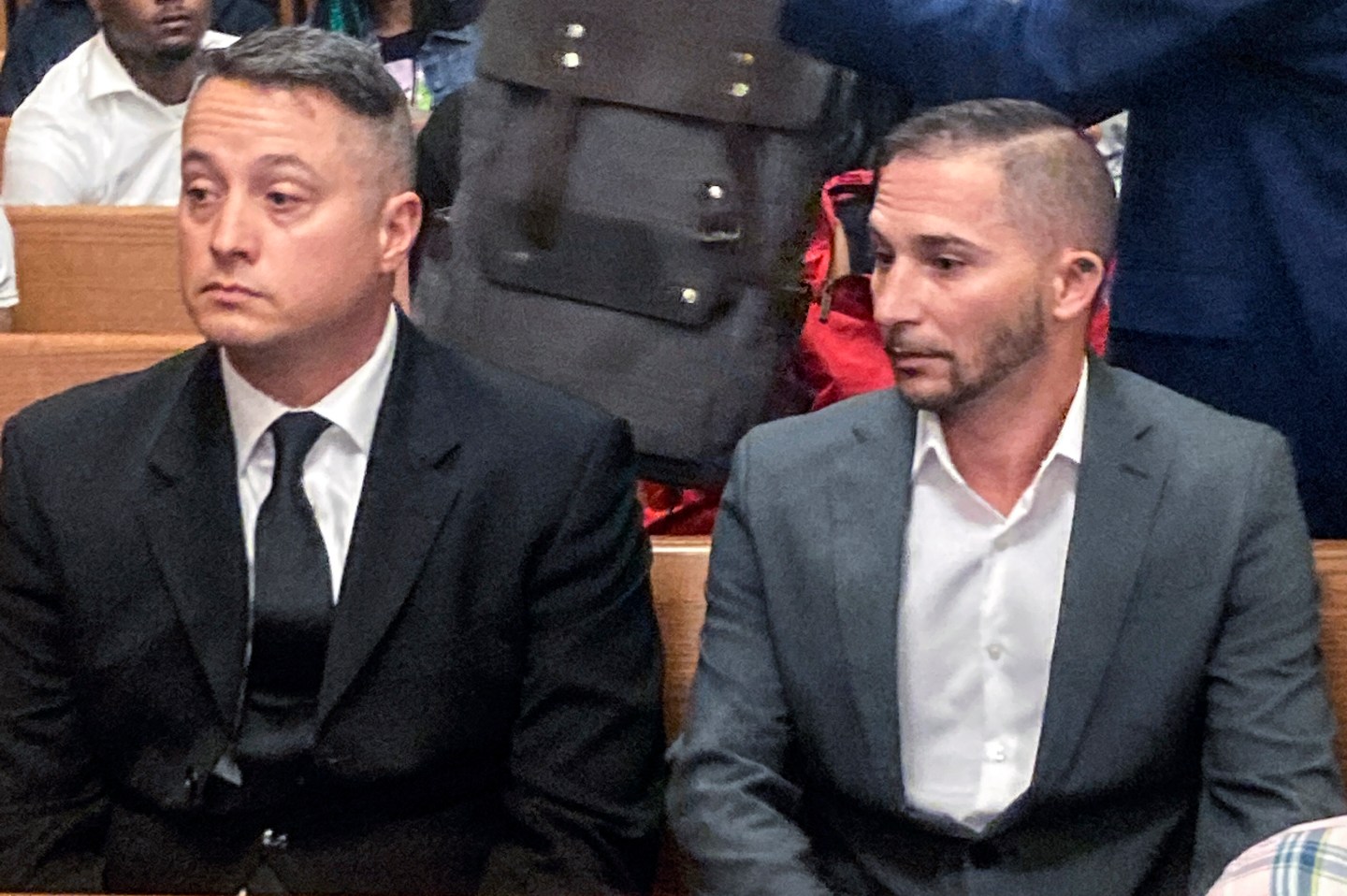 Jacob Runyan, left, and Chase Cominsky, sit in court as they are arraigned, Oct. 26, 2022, in Cleveland. The two pleaded not guilty to cheating and other charges in a lucrative fishing tournament on Lake Erie in the end of September where they were accused of stuffing five walleye with lead weights and fish filets.
Mark Gillispie—AP Images

Two men accused of stuffing five walleye with lead weights and fish fillets during a lucrative fishing tournament on Lake Erie pleaded not guilty to cheating and other charges on Wednesday.

Jacob Runyan, 42, of Broadview Heights, Ohio, and Chase Cominsky, 35, of Hermitage, Pa., made no comments during their brief court appearances in Cleveland. Their attorneys declined to comment about the case after the hearing.

The cheating allegations surfaced Sept. 30 when Lake Erie Walleye Trail tournament director Jason Fischer became suspicious because Runyan and Cominsky’s fish were significantly heavier than walleye of that length typically are. An angry crowd at Gordon Park in Cleveland watched Fischer cut the walleye open and announce there were weights and fish fillets stuffed inside them.

An officer from the Ohio Department of Natural Resources confiscated the fish as evidence.

Both were released Wednesday on personal bonds of $2,500.

The first place prize in the tournament totaled around $28,000.