Is Google sending Republican fundraising emails to your spam folder? The RNC thinks so 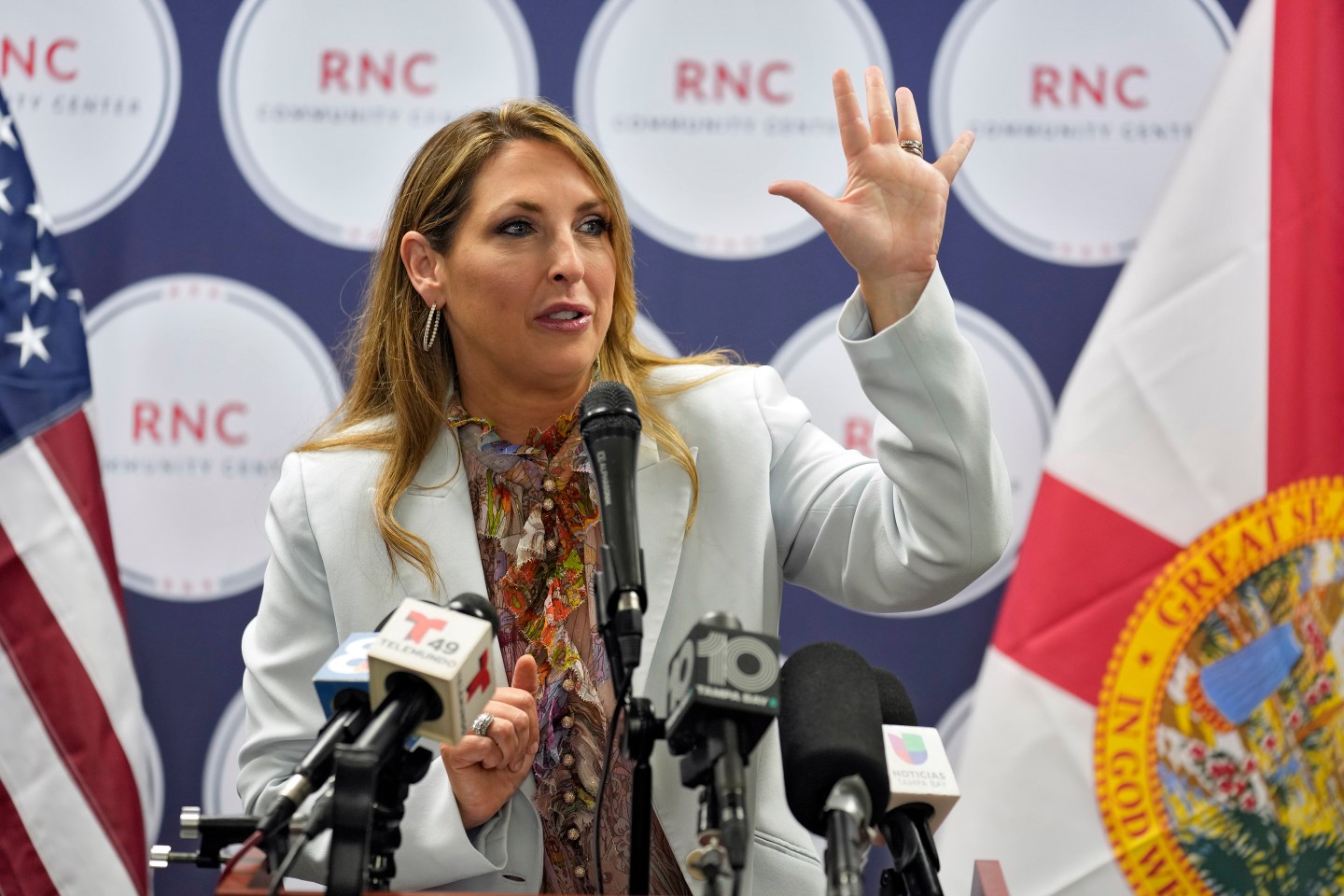 The Republican National Committee has filed a lawsuit against tech giant Google, alleging the company has been suppressing its email solicitations ahead of November’s midterm elections — an allegation Google denies.

The lawsuit, filed in the District Court for the Eastern District of California Friday evening, accuses Gmail of “discriminating” against the RNC by unfairly sending the group’s emails to users’ spam folders, impacting both fundraising and get-out-the-vote efforts in pivotal swing states.

“Enough is enough — we are suing Google for their blatant bias against Republicans,” said RNC Chairwoman Ronna McDaniel in a statement to The Associated Press. “For ten months in a row, Google has sent crucial end-of-month Republican GOTV and fundraising emails to spam with zero explanation. We are committed to putting an end to this clear pattern of bias.”

Google, in a statement, denied the charges. “As we have repeatedly said, we simply don’t filter emails based on political affiliation. Gmail’s spam filters reflect users’ actions,” said spokesperson José Castañeda, adding that the company provides training and guidelines to campaigns and works to “maximize email deliverability while minimizing unwanted spam.”

The lawsuit focuses on how Google’s Gmail, the world’s largest email service with about 1.5 billion users, screens solicitations and other material to help prevent users from being inundated by junk mail. To try to filter material that account holders may not want in their inboxes, Google and other major email providers create programs that flag communications likely to be perceived as unwelcome and move them to spam folders that typically are rarely, if ever, perused by recipients.

The suit says Google has “relegated millions of RNC emails en masse to potential donors’ and supporters’ spam folders during pivotal points in election fundraising and community building” — particularly at the end of each month, when political groups tend to send more messages. “It doesn’t matter whether the email is about donating, voting, or community outreach. And it doesn’t matter whether the emails are sent to people who requested them,” it reads.

Google contends its algorithms are designated to be neutral, but a study released in March by North Carolina State University found that Gmail was far more likely to block messages from conservative causes. The study, based on emails sent during the U.S. presidential campaign in 2020, estimated Gmail placed roughly 10% of email from “left-wing” candidates into spam folders, while marking 77% from “right-wing” candidates as spam.

Gmail rivals Yahoo and Microsoft’s Outlook were more likely to favor pitches from conservative causes than Gmail, the study found.

The RNC seized upon that study in April to call upon the Federal Election Commission to investigate Google’s “censorship” of its fundraising efforts, which it alleged amounted to an in-kind contribution to Democratic candidates and served as “a financially devastating example of Silicon Valley tech companies unfairly shaping the political playing field to benefit their preferred far-left candidates.”

Since then, the commission has approved a pilot program that creates a way for political committees to get around spam filters so their fundraising emails find their way into recipients’ primary inboxes. Gmail is participating in the “ Verified Sender Program, ” which allows senders to bypasses traditional spam filters, but also gives users the option of unsubscribing from a sender. If the unsubscribe button is hit, a sender is supposed to remove that Gmail address from their distribution lists.

As of Friday evening, the RNC had not signed up to participate in the pilot program.

Republicans who have tried to cast doubt on the outcome of the 2020 election without parroting the most extreme and baseless claims about corrupted voting machines and stolen votes have often tried to blame big technology companies like Twitter and Facebook that they allege were biased against former President Donald Trump. A long list of state and local election officials, courts and members of Trump’s own administration have said there is no evidence of the mass fraud Trump alleges.