‘The key is the cash.’ A huge money-laundering case entangling Russian and Venezuelan oligarchs just got unsealed. 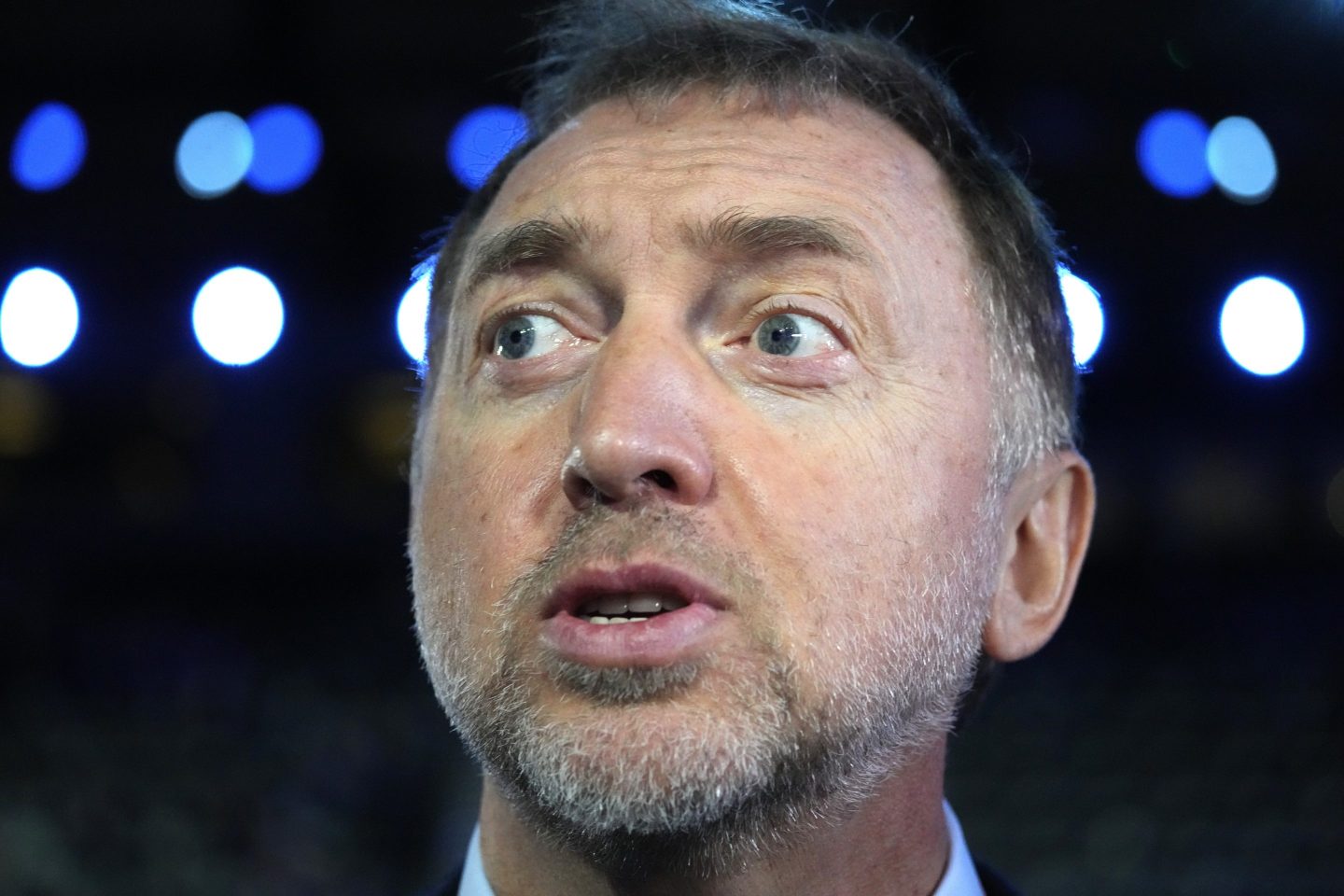 It was a deal that brought together oligarchs from some of America’s top adversaries.

“The key is the cash,” the oil broker wrote in a text message, offering a deep discount on Venezuelan crude shipments to an associate who claimed to be fronting for the owner of Russia’s biggest aluminum company. “As soon as you are ready with cash we can work.”

The frank talk among co-defendants reads like a how-to guide on circumventing U.S. sanctions — complete with Hong Kong shell companies, bulk cash pick ups, phantom oil tankers and the use of cryptocurrency to cloak transactions that are illicit under U.S. law

It also shines a light on how wealthy insiders from Russia and its ally Venezuela, both barred from the western financial system, are making common cause to protect their massive fortunes.

At the center of the alleged conspiracy are two Russians: Yury Orekhov, who used to work for a publicly-traded aluminum company sanctioned by the U.S., and Artem Uss, the son of a wealthy governor allied with the Kremlin.

The two are partners in a Hamburg, Germany-based company trading in industrial equipment and commodities. Prosecutors allege the company was a hub for skirting U.S. sanctions first imposed against Russian elites following the 2014 invasion of Crimea. Both were arrested, in Germany and Italy respectively, on U.S. charges including conspiracy to violate sanctions, money laundering and bank fraud.

On the other end of the deal was Juan Fernando Serrano, the CEO of a commodities trading startup known as Treseus with offices in Dubai, Italy and his native Spain. His whereabouts are unknown.

In electronic communications among the men last year, each side boasted of connections to powerful insiders.

“This is our mother company,” Orehkov wrote to Serrano, pasting a link to the aluminum company’s website and a link to the owner’s Wikipedia page. “He is under sanctions as well. That’s why we (are) acting from this company.”

Serrano, not to be outdone, responded that his partner was also sanctioned.

“He is one of the influence people in Venezuela. Super close to the Vice President,” he wrote, posting a link showing search results for a Venezuelan lawyer and businessman who is currently wanted by the U.S. on money laundering and bribery charges.

Neither alleged partner was charged in the case nor are they identified by name in the indictment. Additionally, it’s not clear what ties, if any, Serrano really has to the Venezuelan insider he cited.

But the description of the Russian billionaire matches that of Oleg Deripaska, who was charged last month in a separate sanctions case in New York. Some of the proceeds he allegedly funneled to the U.S. were to support a Uzbekistani track and field Olympic athlete while she gave birth to their child in the U.S.

Meanwhile, the Venezuelan is media magnate Raul Gorrin, according to someone close to U.S. law enforcement who spoke on condition of anonymity to discuss an ongoing investigation. Gorrin remains in Venezuela and is on the U.S. Immigration and Customs Enforcement’s most-wanted list for allegedly masterminding a scheme to siphon $1.2 billion from PDVSA, Venezuela’s state oil company.

A U.S.-based attorney for Deripaska didn’t respond to requests for comment. Gorrin declined to comment but has rejected other criminal charges against him as politically motivated.

While U.S. sanctions on Venezuelan oil apply only to Americans, many foreign entities and individuals with business in the U.S. stay away from transactions involving the OPEC nation for fear of being sanctioned themselves.

For that same reason, Venezuela’s oil sells at a deep discount — about 40% less than the market price, according to the indictment. But such choice terms require some unorthodox maneuvering.

For example, instead of instantly wiring funds through Western banks, payment has to take a more circuitous route.

In one transaction this year cited in the indictment — the $33 million purchase of a tanker full of Venezuelan fuel oil — the alleged co-conspirators discussed channeling payments from a front company in Dubai, named Melissa Trade, to shell accounts in Hong Kong, Australia and England. To hide the transaction, documents were allegedly falsified to describe the cargo as “whole green peas” and “bulky paddy rice.”

But as is often the case in clandestine transactions, cash appears to have been king.

“Your people can go directly to PDVSA with one of my staff and pay directly to them. There are 550,000 barrels … to load on Monday,” Serrano wrote Orekhov in a November 2021 message.

There was also discussion of dropping off millions in cash at a bank in Moscow, Evrofinance Mosnarbank, which is owned by PDVSA. It was a major conduit for trade with Russia until it too was hit with U.S. sanctions in 2019. The two defendants also contemplated a possible mirror transaction whereby cash delivered to a bank in Panama would be paid out the same day at a branch of the same unnamed institution in Caracas, Venezuela’s capital.

But Orekhov’s preferred method of payment appears to be Tether, a cryptocurrency that purports to be pegged to more stable currencies like the U.S. dollar.

“It’s quicker than telegraphic transfer,” Orekhov wrote regarding a planned purchase of 500,000 barrels of oil worth $17 million. “That’s why everyone does it now. It’s convenient, it’s quick.”

It’s not just financial transactions that are a challenge however. Delivering the crude presents its own risk because most shipping companies and insurers won’t do business with Venezuela and other sanctioned entities. In recent years, the U.S. government has seized several tankers suspected of transporting Iranian fuel heading for Venezuela.

To obscure the oil’s origins, Orekhov and Serrano discussed instructing the Vietnamese tanker they were using to turn off its mandatory tracking system to avoid being spotted while loading in “Disneyland” — a coded reference to Venezuela.

While the vessel isn’t identified by name in the indictment, internal PDVSA shipping documents seen by The Associated Press show that it was the Melogy, a two-decade old tanker owned and operated by a Hanoi-based company called Thang Long Gas Co.

Ship tracking data collected by Marine Traffic shows that the Melogy went “dark” on Dec. 31, 2021, as it was drifting empty off the coast of Venezuela near neighboring Trinidad & Tobago. Almost four months later, on April 18, it resumed transmissions, its hull now fully laden and steaming toward Asia.

On June 9, the ship then transferred its cargo at sea to a floating storage ship, the Harmony Star, off the coast of Malaysia, satellite images show. That same vessel has been identified as being part of a wider oil smuggling network helping Iran, according to research by the United Against Nuclear Iran, a New York-based group the closely tracks crude shipments by sanctioned countries.