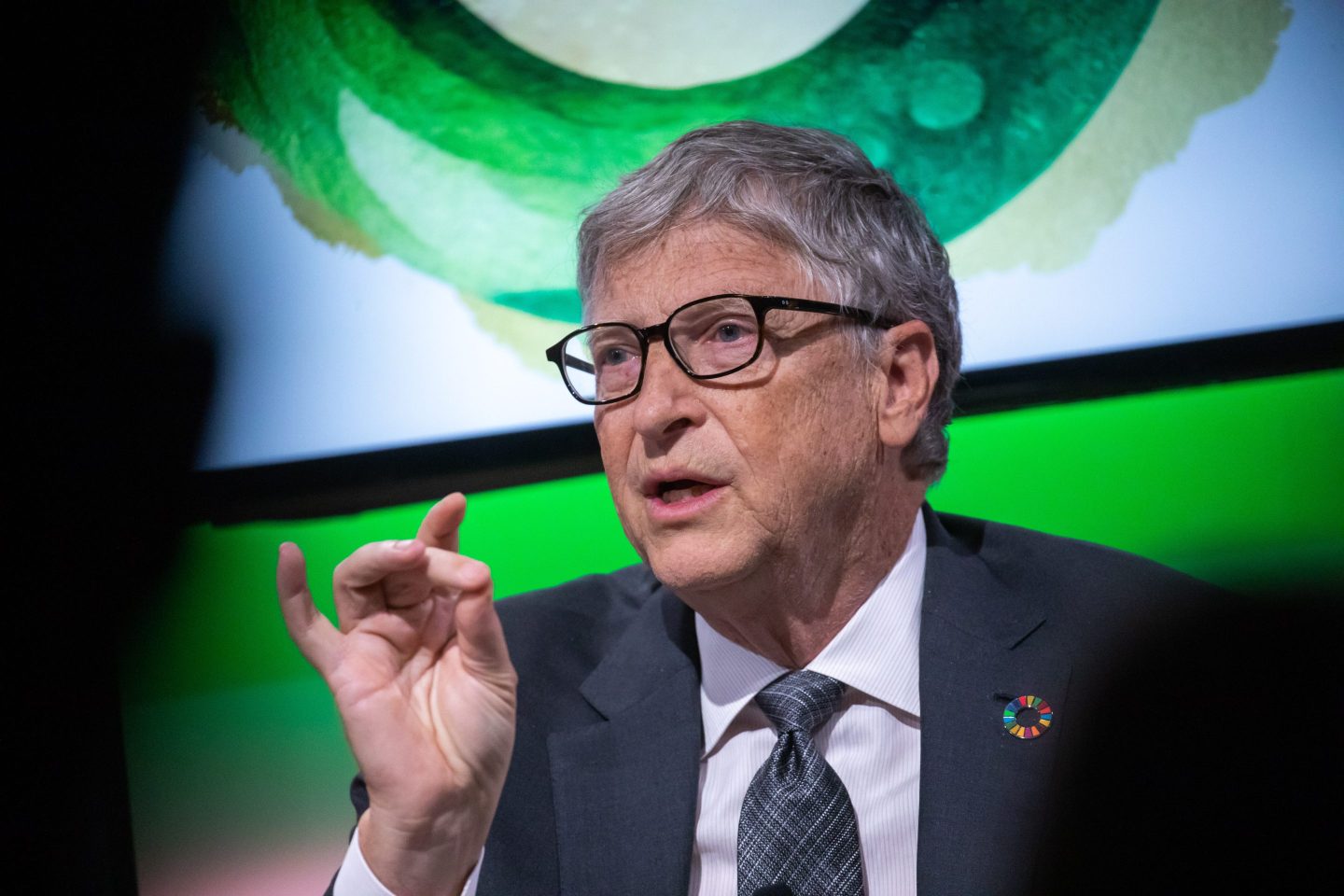 The burgeoning market for sustainable jet fuel will soon reach a milestone, with a plant capable of turning out for the first time a lower-emission fuel at the same price as fossil fuel-based options. But this price parity will only come as result of a $50 million grant from Bill Gates-led Breakthrough Energy, alongside support from discounted loans and other financial subsidies.

LanzaJet, the startup backed by Breakthrough, is building its first commercial plant in the US state of Georgia and expects to begin production next year. The facility will double the current US capacity for making sustainable aviation fuel, or SAF.

While the global aviation sector is responsible for only about 3% of the gases that are warming the planet today, its emissions are rising fast. In a world that needs to reach net-zero emissions to avoid the worst effects of climate change, green solutions are desperately needed to meet the increasing demand for flying.

SAF is one such solution. It is a broad label given to aviation-compliant fuel that’s made from more sustainable sources than traditional kerosene-based jet fuel, although so far SAF has been held back by limited supplies that are sold at much higher prices.

LanzaJet’s technology takes ethanol from sources such as sugarcane in Brazil, waste gas in China or corn in the US and then chemically converts it into SAF and renewable diesel. Depending on the feedstock used to make the ethanol, LanzaJet says the greenhouse-gas emissions from its SAF could be as much as 85% lower than conventional fuel.

The chemistry to convert alcohol to jet fuel was developed nearly 100 years ago, but it has since been refined to work at much higher efficiency and lower costs. LanzaJet claims it can convert almost every carbon atom coming into the process into usable fuel.

But the process is still energy intensive. That means, without subsidies or other incentives, the cost of LanzaJet’s SAF from the first plant would be about twice as expensive as its fossil-fuel cousin at current prices. To allow LanzaJet’s SAF to compete in the market, the company sought “concessionary capital”—money that comes in the form of grants or low-interest loans.

LanzaJet got a cheap loan worth $50 million from Microsoft Climate Innovation Fund and also secured a grant worth $14 million from the US Department of Energy. The rest of the $200 million it needs to build the plant will come from LanzaJet’s equity holders: LanzaTech, Mitsui & Co., Suncor Energy, British Airways and Shell Plc.

LanzaJet Chief Executive Jimmy Samartzis said that Breakthrough Energy’s $50 million grant comes at a crucial time, two years into construction of the Georgia plant. That’s because inflation in the last year caused the construction costs to balloon. Without that extra money, SAF produced from the plant would still have cost 25% more than conventional aviation fuel. The grant erases that so-called green premium.

These kinds of unforeseen risks are common when trying to commercialize a new technology. That’s the reason Breakthrough Energy launched the more than $1 billion Catalyst program, which includes contributions from 15 corporations and philanthropic organizations such as General Motors Co. and Boston Consulting Group. Breakthrough is aiming to funnel support to projects working to scale up new technologies into commercial viability. The $50 million grant comes from Microsoft Corp., Builders Vision, BlackRock Foundation and Gates himself.

Given the policies announced by government and corporations to cut aviation emissions, the US demand for SAF alone is expected to grow by 3.2 billion gallons each year by 2030, according to BloombergNEF. LanzaJet said it expects the lessons it learns in building and operating its first plant to help it rapidly scale up, installing factories with 10 to 30 times that initial capacity as soon as 2026.

United Airlines Holdings Inc. is among several carriers that’s taking an interest in sustainable jet fuel as it looks to cut emissions. Its chief executive, Scott Kirby, told a conference in Chicago this week that it planned to create a SAF-related investment vehicle.

And why is Breakthrough providing a subsidy to a company that has major oil companies as shareholders at a time when the oil industry is turning record profits? “No one is making any money on this product,” says Samartzis. The oil companies that own stakes in LanzaJet are taking a risk, he says, because they’ve signed 10-year agreements to buy LanzaJet’s fuel regardless of what the wider market is doing or what happens if or when government incentives aimed at encouraging the development and use of SAF disappear.