How the surging U.S. dollar is making it almost impossible to afford anything in countries around the world 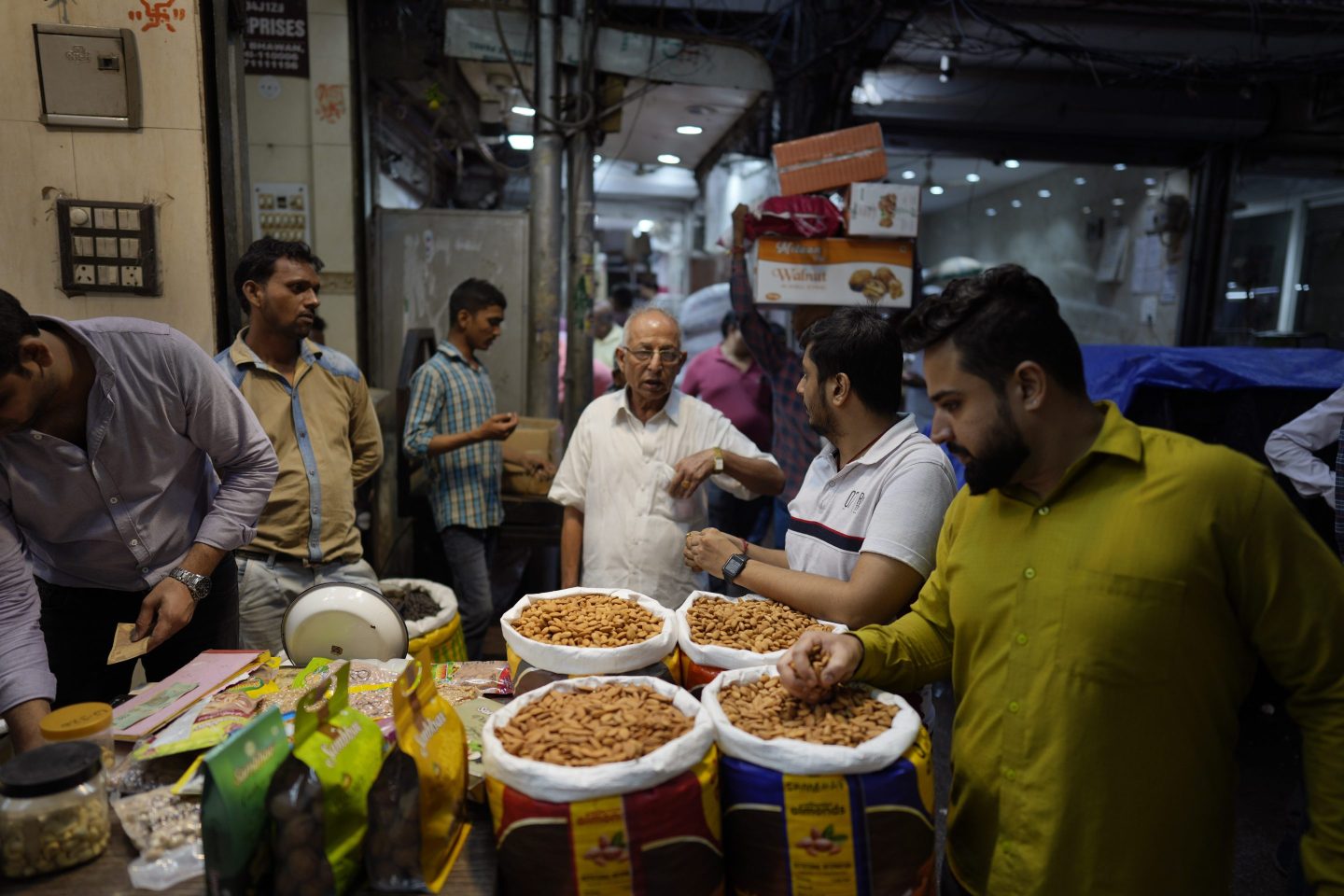 Small retailers shop for dry fruits in a wholesale market, in New Delhi, Oct. 10, 2022. A record drop in the rupee -- on top of higher raw material and shipping costs - has made the nuts much costlier for Indian consumers.
Manish Swarup—AP

The cost of living in Cairo has soared so much that security guard Mustafa Gamal had to send his wife and year-old daughter to live with his parents in a village 70 miles south of the Egyptian capital to save money.

Gamal, 28, stayed behind, working two jobs, sharing an apartment with other young people and eliminating meat from his diet. “The prices of everything have been doubled,” he said. “There was no alternative.”

Around the world, people are sharing Gamal’s pain and frustration. An auto parts dealer in Nairobi, a seller of baby clothes in Istanbul and a wine importer in Manchester, England, have the same complaint: A surging U.S. dollar makes their local currencies weaker, contributing to skyrocketing prices for everyday goods and services. This is compounding financial distress at a time when families are already facing food and energy crunches tied to Russia’s invasion of Ukraine.

“A strong dollar makes a bad situation worse in the rest of the world,’’ says Eswar Prasad, a professor of trade policy at Cornell University. Many economists worry that the sharp rise of the dollar is increasing the likelihood of a global recession sometime next year.

The dollar is up 18% this year and last month hit a 20-year high, according to the benchmark ICE U.S. Dollar Index, which measures the dollar against a basket of key currencies.

The reasons for the dollar’s rise are no mystery. To combat soaring U.S. inflation, the Federal Reserve has raised its benchmark short-term interest rate five times this year and is signaling more hikes are likely. That has led to higher rates on a wide range of U.S. government and corporate bonds, luring investors and driving up the U.S. currency.

Most other currencies are much weaker by comparison, especially in poor countries. The Indian rupee has dropped nearly 10% this year against the dollar, the Egyptian pound 20%, the Turkish lira an astounding 28%.

Celal Kaleli, 60, sells infant clothing and diaper bags in Istanbul. Because he needs more lira to buy imported zippers and liners priced in dollars, he has to raise prices for the Turkish customers who struggle to pay him in the much-diminished local currency.

“We’re waiting for the new year,” he said. “We’ll look into our finances, and we’ll downsize accordingly. There’s nothing else we can do.”

Rich countries aren’t immune. In Europe, which was already teetering toward recession amid soaring energy prices, one euro is worth less than a $1 for the first time in 20 years, and the British pound has plunged 18% from a year ago. The pound recently flirted with dollar parity after Britain’s new prime minister, Liz Truss, announced huge tax cuts that roiled financial markets and led to the ouster of her Treasury secretary.

Ordinarily, countries could get some benefit from falling currencies because it makes their products cheaper and more competitive overseas. But at the moment, any gain from higher exports is muted because economic growth is sputtering almost everywhere.

A rising dollar is causing pain overseas in a number of ways:

— It squeezes companies, consumers and governments that borrowed in dollars. That’s because more local currency is needed to convert into dollars when making loan payments.

— It forces central banks in other countries to raise interest rates to try and prop up their currencies and keep money from fleeing their borders. But those higher rates also weaken economic growth and drive up unemployment.

In a gritty neighborhood of Nairobi known for fixing cars and selling auto parts, businesses are struggling and customers unhappy. With the Kenyan shilling down 6% this year, the cost of fuel and imported spare parts is soaring so much that some people are choosing to ditch their cars and take public transportation.

“This has been the worst,” said Michael Gachie, purchasing manager with Shamas Auto Parts. “Customers are complaining a lot.’’

Gyrating currencies have caused economic pain around the world many times before. During the Asian financial crisis of the late 1990s, for instance, Indonesian companies borrowed heavily in dollars during boom times — then were wiped out when the Indonesian rupiah crashed against the dollar. A few years earlier, a plunging peso delivered similar pain to Mexican businesses and consumers.

The soaring dollar in 2022 is uniquely painful, however. It is adding to global inflationary pressures at a time when prices were already soaring. Disruptions to energy and agriculture markets caused by the Ukraine war magnified supply constraints stemming from the COVID-19 recession and recovery.

In Manila, Raymond Manaog, 29, who drives the colorful Philippine mini-bus known as a jeepney, complains that inflation — and especially the rising price of diesel — is forcing him to work more to get by.

“What we have to do to earn enough for our daily expenses,” he said. “If before we traveled our routes five times, now we do it six times.”

In the Indian capital New Delhi, Ravindra Mehta has thrived for decades as a broker for American almond and pistachio exporters. But a record drop in the rupee — on top of higher raw material and shipping costs — has made the nuts much costlier for Indian consumers.

In August, India imported 400 containers of almonds, down from 1,250 containers a year earlier, Mehta said.

“If the consumer is not buying, it affects the entire supply chain, including people like me,’’ he said.

Kingsland Drinks, one of the United Kingdom’s biggest wine bottlers, was already getting squeezed by higher costs for shipping containers, bottles, caps and energy. Now, the rocketing dollar is driving up the price of the wine it buys from vineyards in the United States — and even from Chile and Argentina, which like many countries rely on the dollar for global trade.

Kingsland has offset some of its currency costs by taking out contracts to buy dollars at a fixed price. But at some point, “those hedges run out and you have to reflect the reality of a weaker sterling against the U.S. dollar,” said Ed Baker, the company’s managing director.

Translation: Soon customers will just have to pay more for their wine.

Wiseman reported from Washington, Chan from London, Magdy from Cairo and Wieting from Istanbul. Cara Anna and Desmond Tiro in Nairobi; Mehmet Guzel in Istanbul; Krutika Pathi in New Delhi; and Joeal Calupitan in Manila contributed to this story.