Lafarge finished a $680 million cement plant in Syria in 2011. Two years later, it paid millions to the Islamic State to keep it functioning. 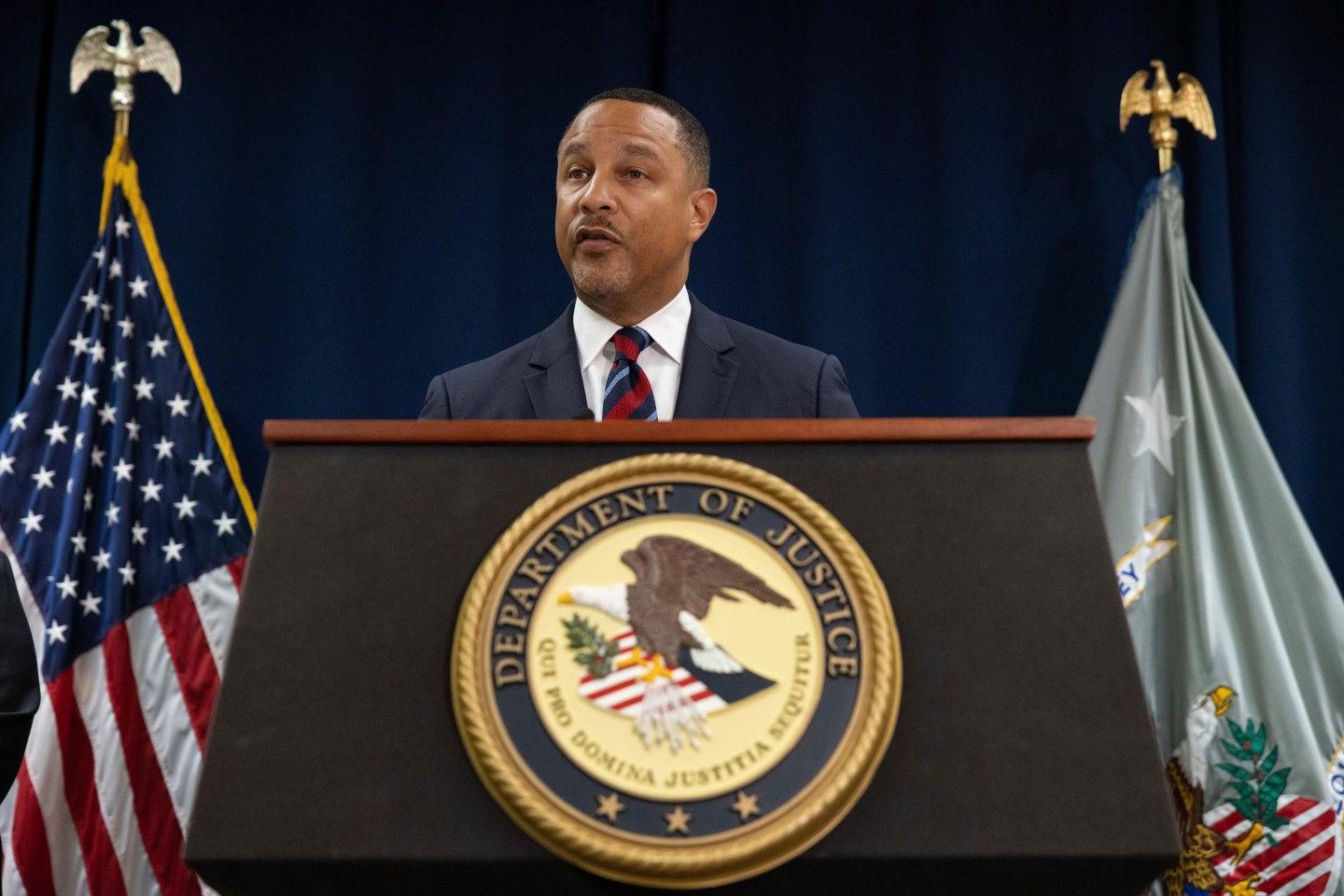 French cement company Lafarge pleaded guilty Tuesday to paying millions of dollars to the Islamic State group to keep a plant operational in Syria — at a time when the militant group was engaged in torturing kidnapped Westerners — and agreed to pay roughly $778 million in penalties.

The Justice Department described it as the first case of its kind, accusing the company of turning a blind eye to the conduct of the Islamic State as the militant group gained new territory and as Syria was mired in a brutal civil war. The company’s actions, already investigated by French authorities, occurred before it merged with Swiss company Holcim to form the world’s largest cement maker.

Justice Department officials described it as the first instance in which a company has pleaded guilty to conspiring to provide material support to a foreign terrorist organization. Lafarge and a long-defunct Syrian subsidiary entered the plea, agreeing to criminal fines of $90.78 million and a forfeiture of $687 million.

“There is no justification — none — for a multi-national corporation authorizing payments to a designated terrorist group. Such payments are egregious violations of our laws, justify maximum scrutiny by U.S. authorities, and warrant severe punishment,” said Assistant Attorney General Matthew Olsen, the Justice Department’s top national security official.

Prosecutors say the company routed nearly $6 million to IS and al-Nusrah Front, another militant group, in 2013 and 2014. The payments weren’t because of any ideological alignment, the Justice Department said, but rather for simple economic advantage.

The company had constructed a $680 million plant in northern Syria in 2011, and facing competition from cheaper imported cements, regarded the payments to IS as a way to ensure the continued operations of the plant and to protect its employees and the transport of raw materials into the facility. The Justice Department accused the company of using fake contracts and falsified invoices to hide the partnerships.

The payments came at a time when other companies were pulling operations out of the region and at a time when beheading videos released as publicity by IS made clear to the world the Islamic State’s barbaric actions.

Charging documents, for instance, quote an Aug. 20, 2014, email exchange in which company officials describe their negotiations with IS, with one talking about the need to check with a company lawyer about “the consequences of this kind of deal.” One day earlier, IS had released a grisly video of the murder of American journalist James Foley.

“Make no mistake: Lafarge and its leadership had every reason to know exactly with whom they were dealing — and they didn’t flinch,” Deputy Attorney General Lisa Monaco said Tuesday. “Instead, Lafarge forged ahead, working with ISIS to keep operations open, undercut competitors, and maximize revenue. And all the while, through their support and funding, Lafarge enabled the operations of a brutal terrorist organization.”

The allegations involve conduct that was earlier investigated by authorities in France. Lafarge had previously acknowledged funneling money to Syrian armed organizations in 2013 and 2014 to guarantee safe passage for employees and supply its plant.

In 2014, the company was handed preliminary charges including financing a terrorist enterprise and complicity in crimes against humanity.

A French court later quashed the charges involving crimes against humanity but said other charges would be considered over payments made to armed forces in Syria.

That ruling was later overturned by France’s supreme court, leading another French court earlier this year to state that Lafarge must face charges of complicity in crimes against humanity.

No date for a trial of Lafarge and eight of its executives has been set yet in France.

The wrongdoing precedes Lafarge’s merger with Holcim in 2015, though the Justice Department said that transaction was completed without a thorough examination of Lafarge’s past activities in Syria.

In a statement, Holcim said that when it learned of the allegations from the news media in 2016, it voluntarily conducted an investigation and disclosed the findings publicly. It fired the former Lafarge executives who were involved in the payments.

“None of the conduct involved Holcim, which has never operated in Syria, or any Lafarge operations or employees in the United States, and it is in stark contrast with everything that Holcim stands for,” the company said. “The DOJ noted that former Lafarge SA and LCS executives involved in the conduct concealed it from Holcim before and after Holcim acquired Lafarge SA, as well as from external auditors.”

Lafarge said in a separate statement that it has “accepted responsibility for the actions of the individual executives involved.” It added: We deeply regret that this conduct occurred and have worked with the U.S. Department of Justice to resolve this matter.“