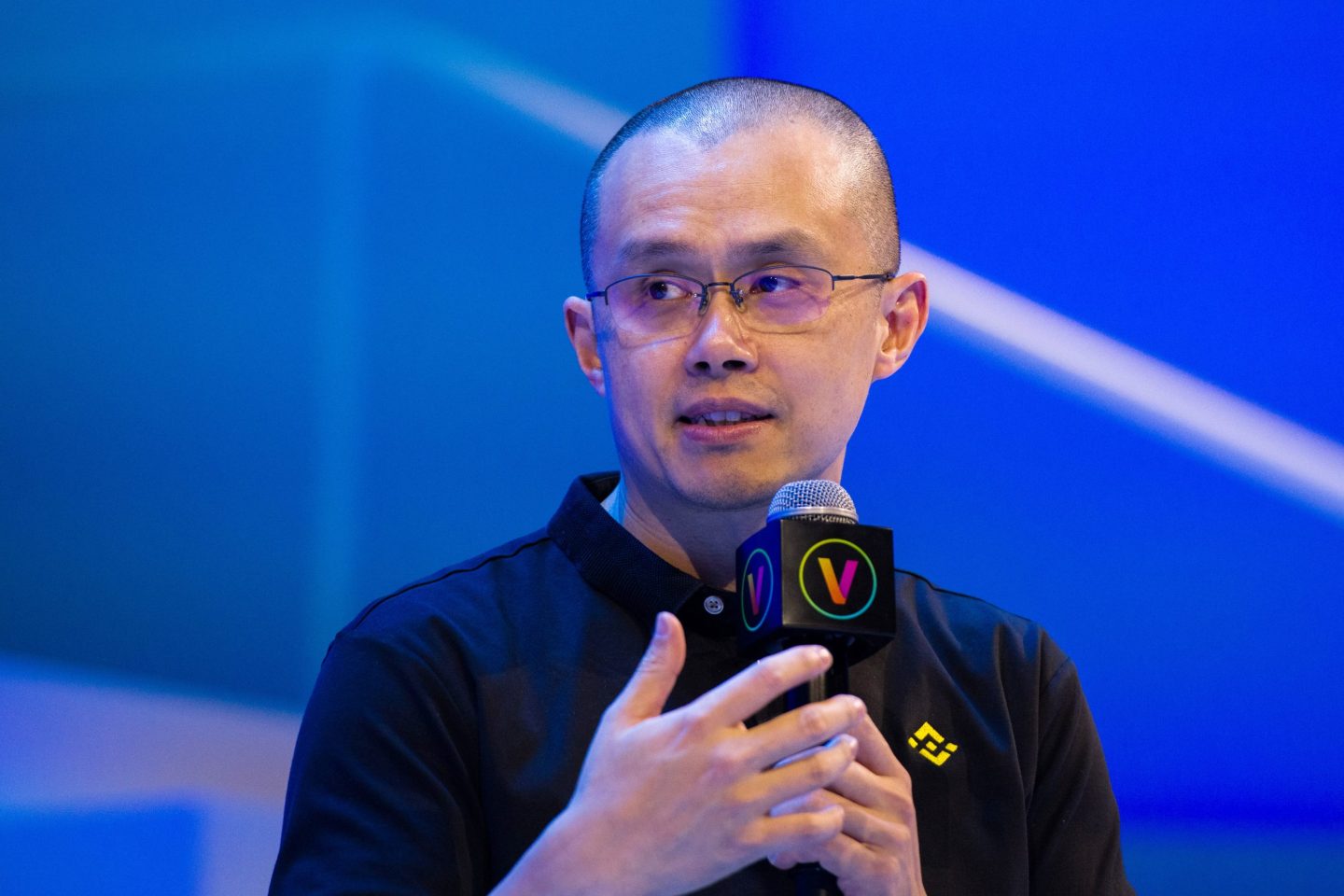 Changpeng Zhao, CEO of the world’s largest crypto exchange Binance, has a piece of advice for leaders: Give feedback “whenever and wherever the thought comes up.”

For him, that often means with a lot of onlookers.

“I in fact prefer to give feedback in large groups, so that other people can learn too and I don’t have to repeat myself many times,” Zhao wrote in a blog post last week. “Many people told me they were shocked the first few times when receiving feedback like that, but got used to it eventually.”

The blog post where the billionaire, who goes by CZ, revealed his leadership style was part of a multi-thousand-word tome unpacking Binance’s principles. Another management swear-by: little to no positive feedback.

Zhao isn’t the only crypto CEO to implement unconventional management strategies. Coinbase CEO Brian Armstrong once responded to an employee petition asking that three executives at the company be ousted by saying: “Quit and find a company to work at that you believe in.” And then there’s Kraken’s former CEO Jesse Powell, who stepped down last month. A few months before he left, the company released a nearly 4,000-word document about its corporate culture—which for one prohibited employees from calling speech “racist.”

These examples show how leaders in the deregulated finance space tend to adopt many of the “direct” old-school management techniques from the world of regulated finance.

“Giving feedback in group settings allows teams to align faster and avoid repeated messages,” Zhao told Fortune. “It’s about getting on the same page and being constructive, not calling people out. Every organization runs differently, and transparency and efficiency are super important at Binance.”

Zhao said he learned the management take from No Rules Rules, a book written by Netflix’s CEO Reed Hastings on that company’s culture, and decided to implement it because he wants to build a “candid feedback culture” at Binance.

“I feel 99% of people don’t give enough feedback to others,” Zhao wrote. “Working remotely, we don’t get body-language feedback in physical meetings. We must overcompensate for this by giving direct and candid feedback.”

“In a large group, the large majority of employees would be reluctant to share their side of the story and get at the root of the problem,” he said. “Zhao’s shocking criticism creates a Band-Aid that causes short-term compliance, but fails to cure the underlying issues at play.”

Additionally, he said, it encourages a “shoot-the-messenger effect” in that bad performance might not be brought to a CEO’s attention due to fears of large-group criticism. That dynamic, in turn, will allow issues to fester instead of being addressed.

“If all employee feedback is only given in group settings, the manager must also recognize their audience is expanding to everyone in room; and the other employees who are not receiving the direct feedback, may now hesitate to try something new or take a risk, realizing that their actions will be shared publicly for all their teammates to hear,” she said.

Alissa Schepisi, executive vice president of employee experience at Edelman, a global communications firm, told Fortune that the key to giving feedback is doing so in a way that allows people to receive it and inspires them to act on it—which usually requires a high level of trust and psychological safety between the giver and receiver. So if trust is high in a group setting, that feedback can be helpful in allowing others to learn and creating a sense of accountability—but the same can’t be said if trust is low.

“If psychological safety or trust among the group is low, the receiver of the feedback could feel attacked or embarrassed,” she said. “Those negative emotions make it difficult for positive change to take hold and can lead to a culture that is risk-averse or fearful.”

Starr echoed Schepisi and said there’s not one way to correctly deliver feedback—it doesn’t always have to be “praise in public, scold in private,” she said. But that doesn’t necessarily mean group settings are the way to go.

“Knowing how an employee may react to the feedback may determine how a manager chooses to deliver the feedback,” she said. Some employees might not mind being given feedback in front of others, but some could actually need a one-on-one setting to listen and process the feedback, Starr said.

“[If] negative feedback is given in a publicly shaming way, employees may not feel the ability to contribute to anything besides the status quo of just getting the work done,” she added.