Electric vehicles have a charging access problem. These companies are working to solve it 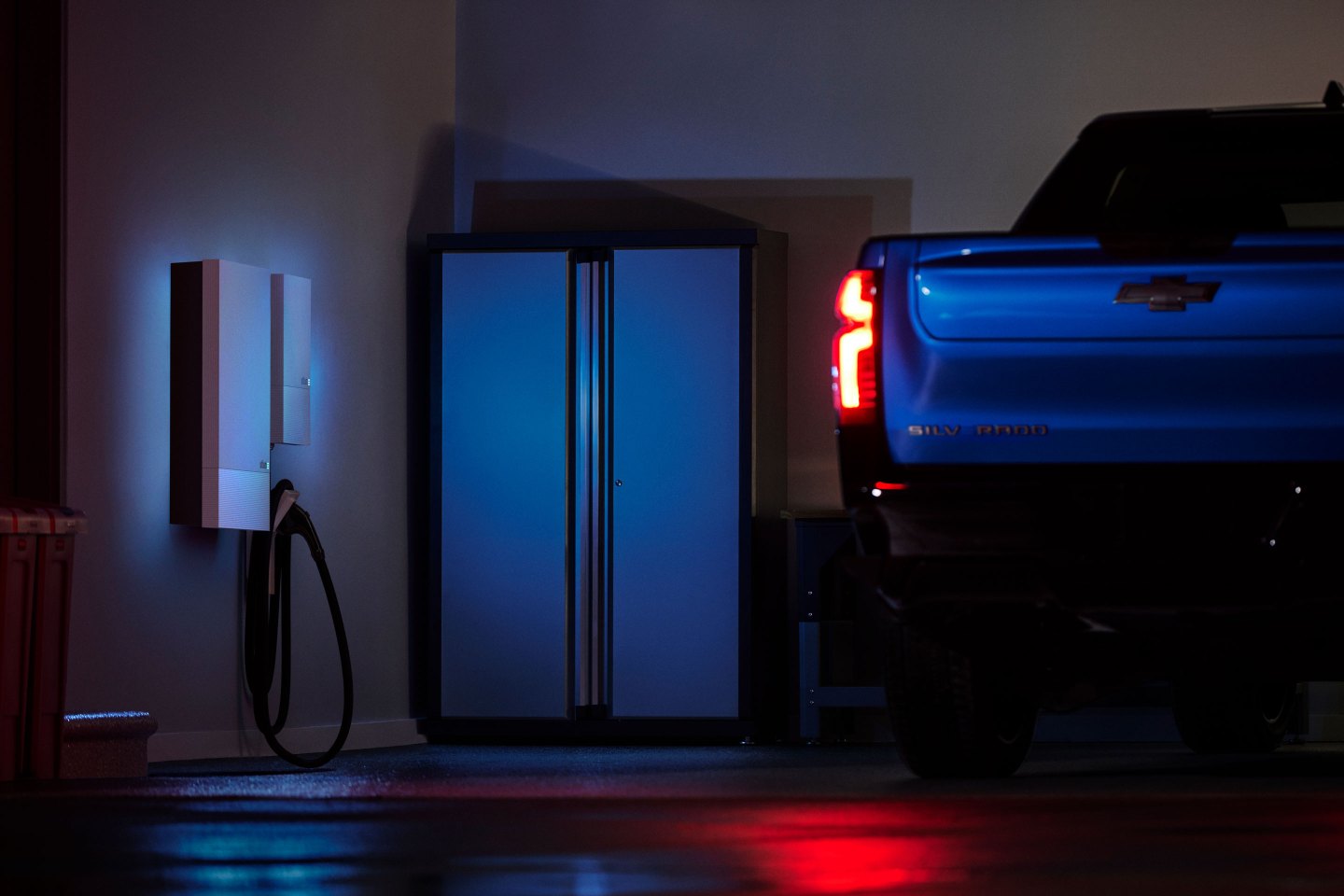 The electric vehicle revolution is well underway, with California banning the sale of new gas cars by 2035 and automakers increasing their lineup of EV offerings. While electric has plenty of supporters in the automotive, power, and charging industries, the issue of charging equity, or fair and equal access to charging, looms large.

Currently, the EV market is dominated by luxury cars, with Tesla controlling three-fourths of the U.S. market. The cost of these cars is still well beyond the reach of many Americans. According to the U.S. Census, median household income was $70,784 in 2021, the most recent year for which data is available. The average price for an electric vehicle in July of 2022, was over $66,000, according to Kelley Blue Book (KBB).

As the EV market expands, however, equity will become a growing problem. In a report on the auto industry earlier this year, Morning Consult found that 83% of vehicle owners who make under $50,000 per year don’t have dedicated access to EV charging at home. In the same study, 39% of people in that income bracket expressed interest in buying an electric vehicle. Even now, EV owners who live in rentals must sometimes go to great lengths—including running electric cord extensions out their apartment windows—to get their cars charged.

The U.S. government has earmarked more than $7.5 billion to invest in charging infrastructure in the bill that President Joe Biden signed into law in February. Most of this investment is earmarked to put chargers along major highway locations, which won’t address the equity issue.

For some companies, equity is front and center as EV charging infrastructure is built out. Dianne Martinez is chair of East Bay Community Energy, a public electric power agency in Northern California. The EBCE uses the buying power of ratepayers to procure clean energy for customers, and it’s working on a project to install fast charging in municipal lots—not just along highway corridors.

“When you look at EV charging infrastructure delivered through an equity lens, you have to consider how a community has been impacted negatively by the fossil fuel industry,” Martinez says. “Huge swaths of urban neighborhoods that suffer the ill health effects of pollution, from freeways, from ports and goods movement, from proximity to drilling and gas-powered plants. Instead of just looking to provide the same charging opportunities that we have to folks who already have more wealth, what if we found a metric that included and supported those who have been traditionally the last ones considered in the green revolution? What if we even put them first?”

A challenge for renters

EV owners Jason Mott of Venice, Calif., and Natacha Favry of Boston have gone to great lengths to charge their cars while living in rentals. Neither Mott nor Favry have charging access in their apartment or condo buildings, so they use a combination of public charging stations and, occasionally, power cords strung out of apartment windows. Charging an EV fully using a standard power cord can take as long as a week.

“There’s a lot of folks who don’t have parking,” Mott notes. “And you will see people with extension cords [running] over the sidewalk to a tree, so that when they can happen to grab that spot in front of their place, they can plug in their car. You see people putting down those little rubber cord protectors as you’re walking down the sidewalk, because people have their cord running out to their car.”

A longtime EV owner and environmentalist, Mott says he’s learned to lock his extension cord to his current vehicle, a new Rivian R1T, when he’s charging overnight since the heavy-duty extension cords he uses to charge regularly get stolen. Previously, Mott owned a Fiat 500e, and a Chevrolet Bolt.

Favry has owned an EV and rented flats both overseas and on the outskirts of Boston, where she and her family moved in January for work. She says that her charging experience in her native home of France was far more nerve-racking than it is in the U.S. She drives a Tesla Model 3 and uses a nearby proprietary Tesla supercharger at a local mall to keep her vehicle running. She says she’s asked the landlord of her building to install a charger, but her request was denied.

“There’s no plug in the garage,” Favry says. “And we were told by the owner that it’s not allowed.” Local and state incentives exist to help landlords install chargers in multifamily dwellings, but they don’t cover the costs of upgrading building power or wiring—and landlords don’t have a profit incentive to make the investment worthwhile.

Rentals comprise about one-third of American housing units, according to the U.S. Census. They are typically located in dense urban areas, and a majority were built in the 1970s and 1980s, according to a report from 2020 by the Urban Institute. Upgrading them to handle the charge required to power EVs is a costly endeavor.

The good news for consumers is that a number of startups, utilities, and auto manufacturers are working to solve the charging equity problem.

Joseph Vellone is head of North America operations for ev.energy, a London-based certified B Corporation whose software platform connects utilities, automakers, EV chargers, and drivers to streamline charging and make it more affordable and sustainable. About 80% of EV charging happens at home, which Vellone cites as a reason why charging equity must begin with increasing access at multifamily dwellings.

“Home charging access is very much a question of income level, and very quickly becomes a social equity issue,” he says.

To solve this, ev.energy recently launched a first-of-its-kind smart charging cable and app, which allows multifamily unit occupants to manage their own individual power usage and get credits or incentives for charging in off-peak hours. The cord, called Smartenit, enables EV drivers without dedicated home charging to optimize their usage and access, as well as save money on home charging.

California-based charging-station company ChargePoint is also thinking about how to get landlords to embrace the EV revolution. The company primarily operates charging stations at stores and offices, with some stations in multifamily units. CEO Pasquale Romano says landlords should think of EV charging the same way they do cable or internet—as a must-have for modern living.

“The landlord doesn’t really make any money on cable TV or internet,” he says. “EV charging is going to be like Wi-Fi. Access is going to be required.”

Even large companies like General Motors, which is already heavily invested in the EV and electrification space, are working to tackle the charging equity question. The company has just announced a new business unit called GM Energy, which will offer everything from commercial battery and energy management solutions to individual home and multiunit solutions. By getting battery storage to multifamily units, landlords can then install EV chargers.

“The public charging infrastructure needs to grow, and grow rapidly, both on freeway infrastructure as well as multiunit dwellings and high-density living,” says Travis Hester, vice president of EV growth operations at GM. “We’re walking into this area where EVs are about to scale. They’re not there yet, but they’re about to, and this, we think, is an integral part of the electric vehicle ecosystem, but it’s also part of a non-vehicle ecosystem.”

On the utility and municipal side, the EBCE is focusing on working with state and local authorities to lease municipal parking lots and install chargers where, Martinez says, they are needed the most. “What we find to be the greatest bang for our buck is supporting DC [direct current] fast chargers in communities where there’s a high degree of multifamily housing,” Martinez says. She hopes that the EBCE’s efforts will help serve as a blueprint for other cities.

“Low-income and disadvantaged communities [are] not the first-wave adopters of electric vehicles. They have their minds set on keeping their households together, getting to work,” Martinez says. “It’s time to focus on that second wave of people who are thinking about their next small-car purchase.”