NATO countries are sending a trove of weapons to Ukraine after Zelensky’s requested air cover. Here’s what each country is sending over 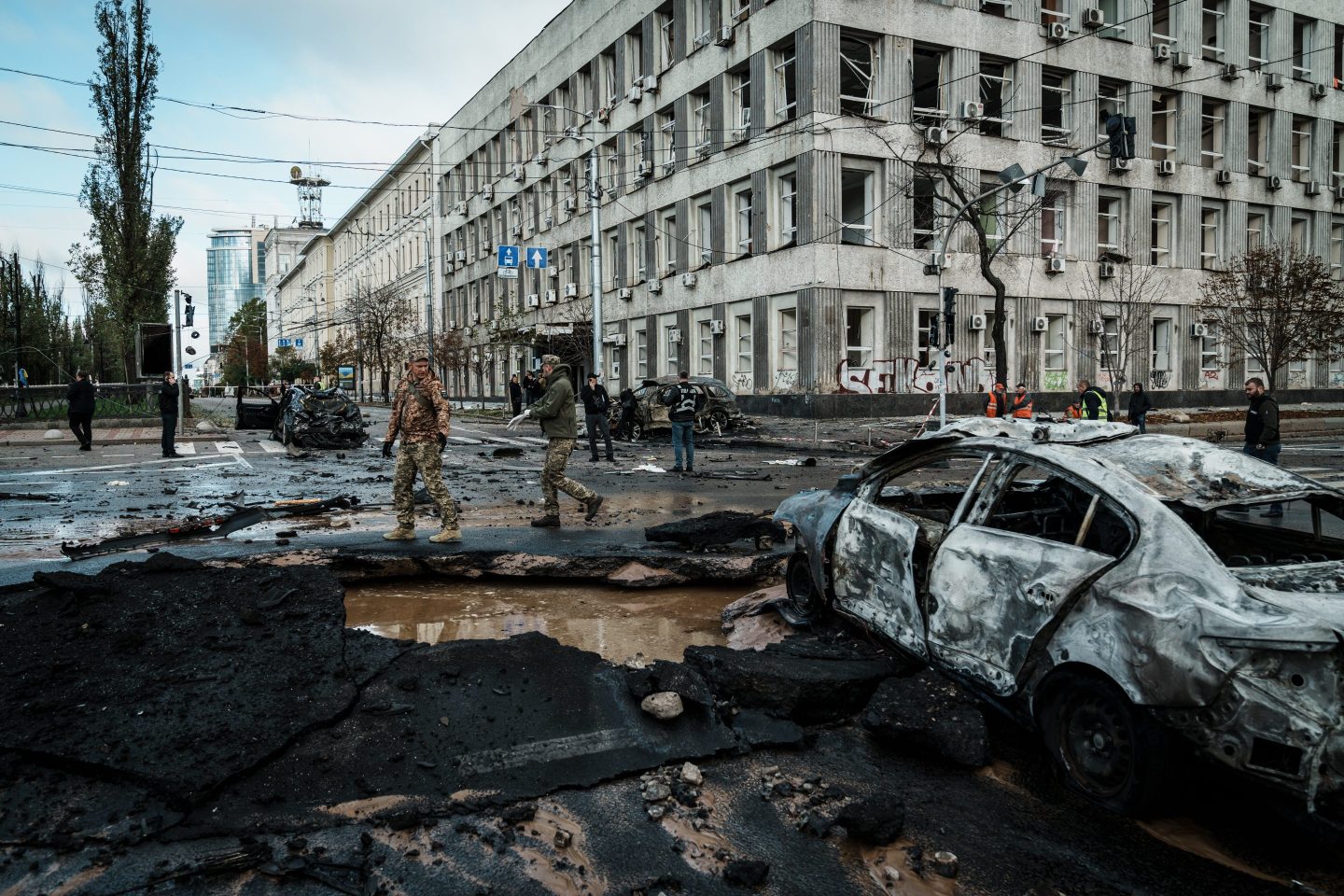 At the meeting of NATO Ministers of Defense taking place in Brussels on Wednesday and Thursday, the U.K., Canada, France, and the Netherlands all promised to send new weaponry to Ukraine, on top of the air military systems already promised by the U.S. and Germany.

The move to send more artillery comes a day after three-quarters of the 193-member U.N. General Assembly called Moscow’s annexation of Ukrainian territory “illegal” with only four countries (Syria, Nicaragua, North Korea, and Belarus) joining Russia to vote against the resolution.

Kyiv celebrated the summit calling it “historic” and welcomed the new weaponry, which will be used to fight back Russian missiles raining down on more than 40 Ukrainian cities and towns.

Zelensky previously said at the International Monetary Fund and World Bank annual meetings in Washington: “The more assistance Ukraine gets now, the sooner we’ll come to an end to the Russian war.”

Russia has always held a staunch position against the West providing weaponry to Ukraine, accusing them of being “a direct party to the conflict.” They also warn that if Ukraine is admitted to NATO, which it has already submitted a fast-track membership bid to join, this could trigger World War Three.

Here’s what countries are sending to Ukraine:

Since Russia first began its airstrike against Ukraine on Monday, Germany has sent the first of four IRIS-T SLM air defense systems to Kyiv.

The IRIS-T system is manufactured by Diehl Defense, based in Überlingen, and cost about €140 million ($136 million) each. They are designed to provide medium-range, high-altitude cover for small cities and armies.

The missiles are deployable 360 degrees around the launcher and use infrared imaging to identify targets. The weapons have so far never been used on the battlefield and the final tests on the device were only conducted in late 2021.

NASAMS, developed by Kongsberg Defence & Aerospace of Norway and Raytheon, is one of NATO’s most widely used air-defense systems and is currently deployed to protect the Washington area.

But despite Washington’s promise to send the launchers as soon as possible, there has been difficulty sourcing the weapons on such short notice. Raytheon Technologies Corp. said on Tuesday it would be accelerating the assembly of the NASAMS units by using existing parts rather than building new ones from scratch to get them to Ukraine quicker.

While Ukraine welcomes the NASAMS machines, it isn’t exactly what it asked for.

Kyiv has repeatedly asked Washington to equip it with the U.S. Patriot missile defense system, a surface-to-air missile with a tracking radar to intercept on target, but Washington has repeatedly said no due to the relative scarcity of the system.

U.K. defense secretary Ben Wallace announced new support ahead of the NATO meeting on Thursday, pledging to send a number of Advanced Medium-Range Air-to-Air Missile (AMRAAM) missiles—one of the world’s most widely sold air-to-air weapons for fighter jets—which could be used with the U.S. supplied NASAMS launcher.

In addition to the missiles, the U.K. also said it would send hundreds of drones to support Ukraine’s intelligence services and 18 howitzer artillery guns.

French President Emmanuel Macron said it would supply air defense systems to Ukraine, although he did not specify what type of anti-aircraft missiles or how many would be delivered.

“This is a new phase of bombing coming from land, sea, air, and drones against essential infrastructure and civilians,” Macron said speaking in an interview on France 2 television.

When asked if France would be sending anti-aircraft systems and additional Caesar artillery cannons, Macron answered “we will deliver radars, systems, and missiles to help the Ukrainians protect themselves from attacks, in particular from drone attacks.”

Dutch defense minister, Kajsa Ollongren, said the Netherlands would deliver €15 million ($14.5 million) worth of air defense missiles to Ukraine, adding that the Russian attacks “can only be met with unrelenting support for Ukraine and its people.”

Ollongren also added that the Netherlands will continue to send its instructors to train the Ukrainian military in the U.K.

Similar to the Netherlands, Canada is sending more than 40 combat engineers to help support polish efforts to train Ukrainian forces.

‘We need even more‘

The move to equip Ukraine with the most advanced Western military equipment will provide better protection against incoming Russian missiles, which show no sign of easing.

While Ukraine’s existing systems were able to shoot down 41 of the more than 80 missiles Russia has fired since Monday, analysts note they do not have enough to protect civilian centers and troops on the front lines.

But on a hopeful note, Stoltenberg argued that Russia’s missile attacks were a sign of weakness, telling reporters on the sidelines of the NATO meeting that “Russia is actually losing on the battlefield.”