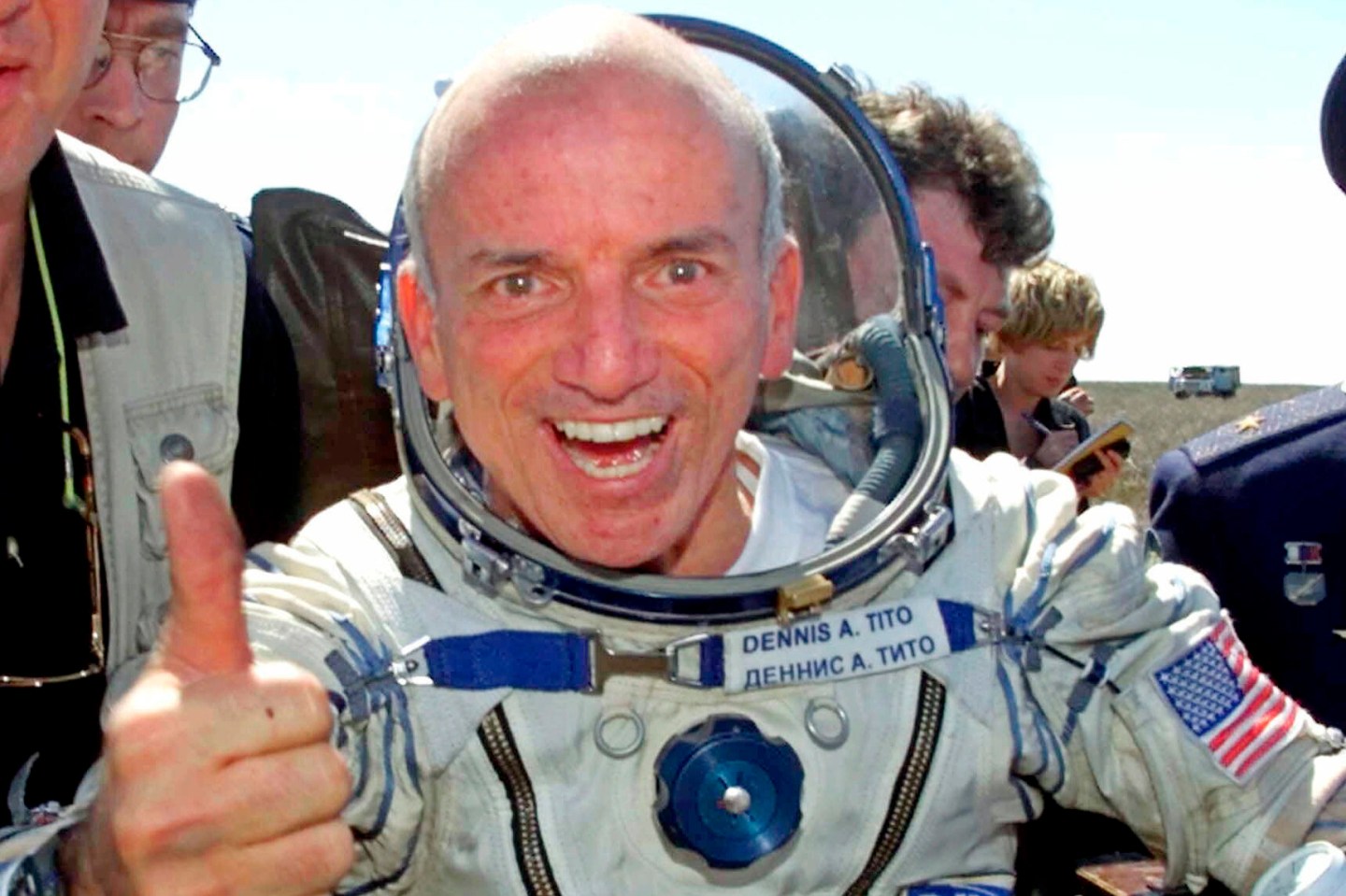 CAPE CANAVERAL, Fla. (AP) — The world’s first space tourist wants to go back — only this time, he’s signed up for a spin around the moon aboard Elon Musk’s Starship.

For Dennis Tito, 82, it’s a chance to relive the joy of his trip to the International Space Station, now that he’s retired with time on his hands. He isn’t interested in hopping on a 10-minute flight to the edge of space or repeating what he did 21 years ago. “Been there, done that.”

His weeklong moonshot — its date to be determined and years in the future — will bring him within 125 miles (200 kilometers) of the lunar far side. He’ll have company: his wife, Akiko, and 10 others willing to shell out big bucks for the ride.

The couple recognize there’s a lot of testing and development still ahead for Starship, a shiny, bullet-shaped behemoth that’s yet to even attempt to reach space.

“We have to keep healthy for as many years as it’s going to take for SpaceX to complete this vehicle,” Tito said in an interview this week with The Associated Press. “I might be sitting in a rocking chair, not doing any good exercise, if it wasn’t for this mission.”

Tito is actually the second billionaire to make a Starship reservation for a flight around the moon. Japanese fashion tycoon Yusaku Maezawa announced in 2018 he was buying an entire flight so he could take eight or so others with him, preferably artists. The two men both flew to the space station, from Kazakhstan atop Russian rockets, 20 years apart.

Tito kicked off space tourism in 2001, becoming the first person to pay his own way to space and antagonizing NASA in the process. The U.S. space agency didn’t want a sightseer hanging around while the station was being built. But the Russian Space Agency needed the cash and, with the help of U.S.-based Space Adventures, launched a string of wealthy clients to the station through the 2000s and, just a year ago, Maezawa.

Starship has yet to launch atop a Super Heavy booster from the southern tip of Texas, near the Mexican border. At 394 feet (120 meters) and 17 million pounds (7.7 million kilograms) of liftoff thrust, it’s the biggest and most powerful rocket ever built. NASA already has contracted for a Starship to land its astronauts on the moon in 2025 or so, in the first lunar touchdown since Apollo.

Tito said the couple’s contract with SpaceX, signed in August 2021 and announced Wednesday, includes an option for a flight within five years from now. Tito would be 87 by then and he wanted an out in case his health falters.

Tito’s wife, 57, said she needed no persuading. The Los Angeles residents are both pilots and understand the risks. They share Musk’s vision of a spacefaring future and believe a married couple flying together to the moon will inspire others to do the same.

“We’re retired and now it’s time to reap the rewards of all the hard work,” he said.

Tito expects he’ll also shatter preconceived notions about age, much as John Glenn’s space shuttle flight did in 1998. The first American to orbit the Earth still holds the record as the oldest person in orbit.