Leadership lessons from the world of sports 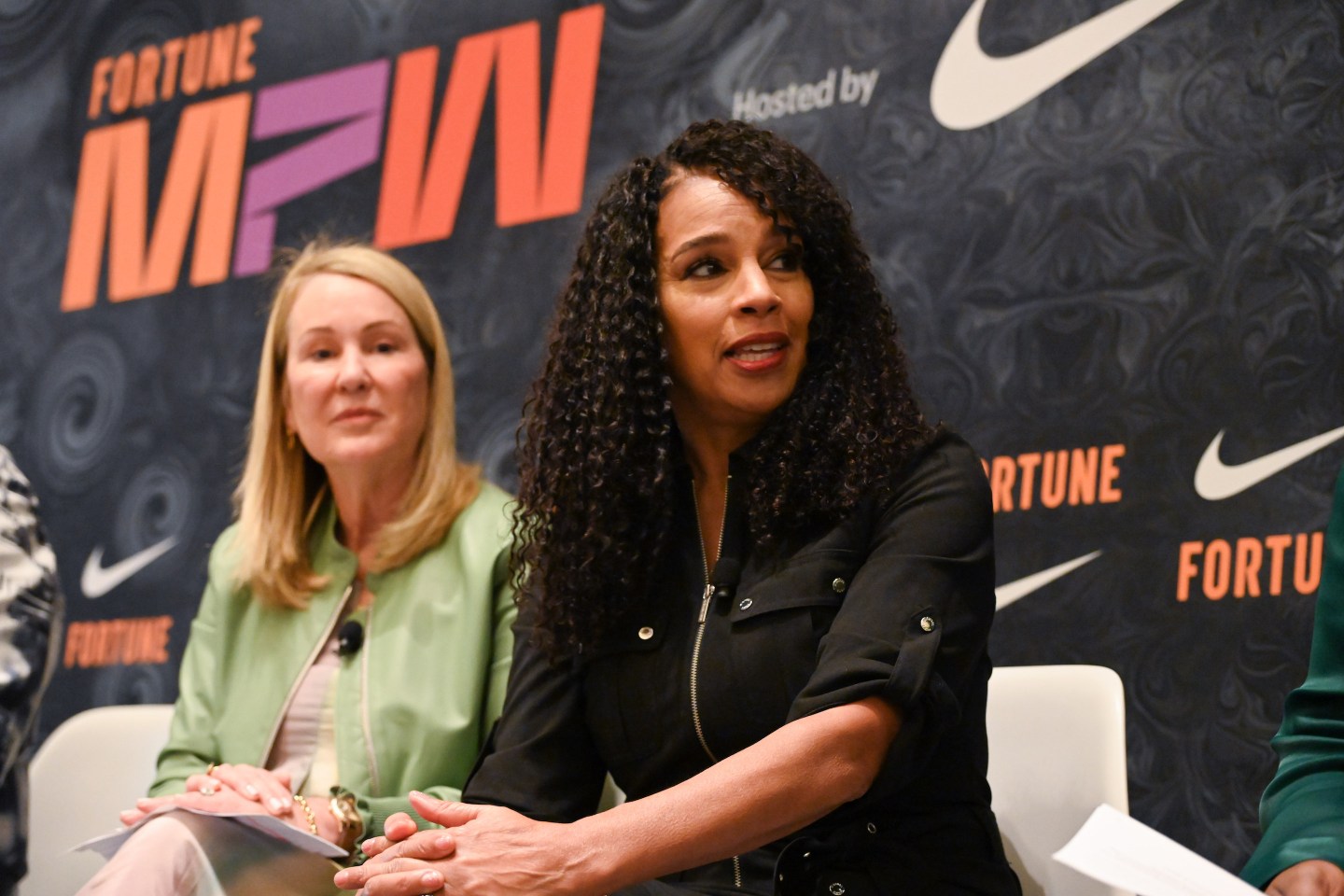 Executives from Nike, Adecco, and Elevance Health discuss the 50th anniversary of Title IX and how the business of sports is transforming at Fortune's Most Powerful Women summit in Laguna Niguel, Calif. October 10th, 2022.
Stuart Isett for Fortune

Not only can business leaders learn from champions on the field, but trends in professional sports often spark worldwide conversations that influence companies as well.

“When athletes speak up, and when they speak their authentic truth…it actually can open a door to a conversation for the larger population—in this case, business—to be able to move through that door and take that whole community and conversation to a new place,” said Sarah Mensah, vice president and general manager for North America at Nike.

Industry leaders during a panel on Monday at Fortune’s Most Powerful Women summit in Laguna Niguel, Calif., pointed to a handful of recent trends in which professional athletes have done just that in recent years. Olympic champion Simone Biles, for example, sparked a conversation on mental health during last summer’s Olympics, and professional basketball and soccer teams have been pushing for equal pay compared to their male counterparts.

“It was wonderful that they can be authentic and so darn brave,” said Joyce Russell, president of Adecco Group U.S. Foundation. “If we had a broken leg, we’d go to the doctor. But if we have something with mental health, we wouldn’t have.”

Russell and her colleagues have since started ending company events earlier so employees can get to bed earlier and catch a break. She also began looking at time-off requests to make sure employees were taking advantage. They also took a closer look at their mental health benefits.

Panelists also pointed out that leaders on the field who are igniting these conversations also possess those X-factor qualities sought after in high-level executives. Not only are athletes setting a tone, they’re creating movements with buy-in from their teammates much like CEOs pursue goals in the boardroom, recover from failures, seek feedback, and foster a team mindset.

Take Michael Jordan, for example, said Gail Boudreaux, president and CEO of Elevance Health. “He was an incredibly talented individual, but he willed his team to win with him,” she said.

But not every leader needs to be the polished, calm-under-pressure type like Jordan. There’s room for disruptors too: unconventional players who inspire others through their own example.

“Some of the very best teams have had that maverick, that strange, you know, Dennis Rodman on the team, a tremendous disruptor,” said Mensah.

And with proper boundaries you can leverage that personality to take the team to the next level.

In addition, athletes who lead view failures as opportunities to improve. They’re fearless about taking risks, and they know that the game is more mental than physical, said Boudreaux.

“I would argue it’s not 80% physical, it’s 80% mental when you get to that level,” she said. Athletes are regularly put in situations and have to change their behavior based on the outcomes. If they fail in a situation, they seek help and coaching, she added. Executives should do the same.

These lessons all easily translate to the boardroom, which means that encouraging girls to play sports can set them up for success in their careers. To foster that pipeline, Russell said Adecco has started a partnership with First Tee to help more young people get into the world of golf. Nike has a new focus on kids, too, knowing that an active kid sees positive outcomes for education and health for a lifetime. And Elevance Health has, for years, donated full gyms at schools to keep kids moving.

“We really want to get kids up and running,” Boudreaux said.