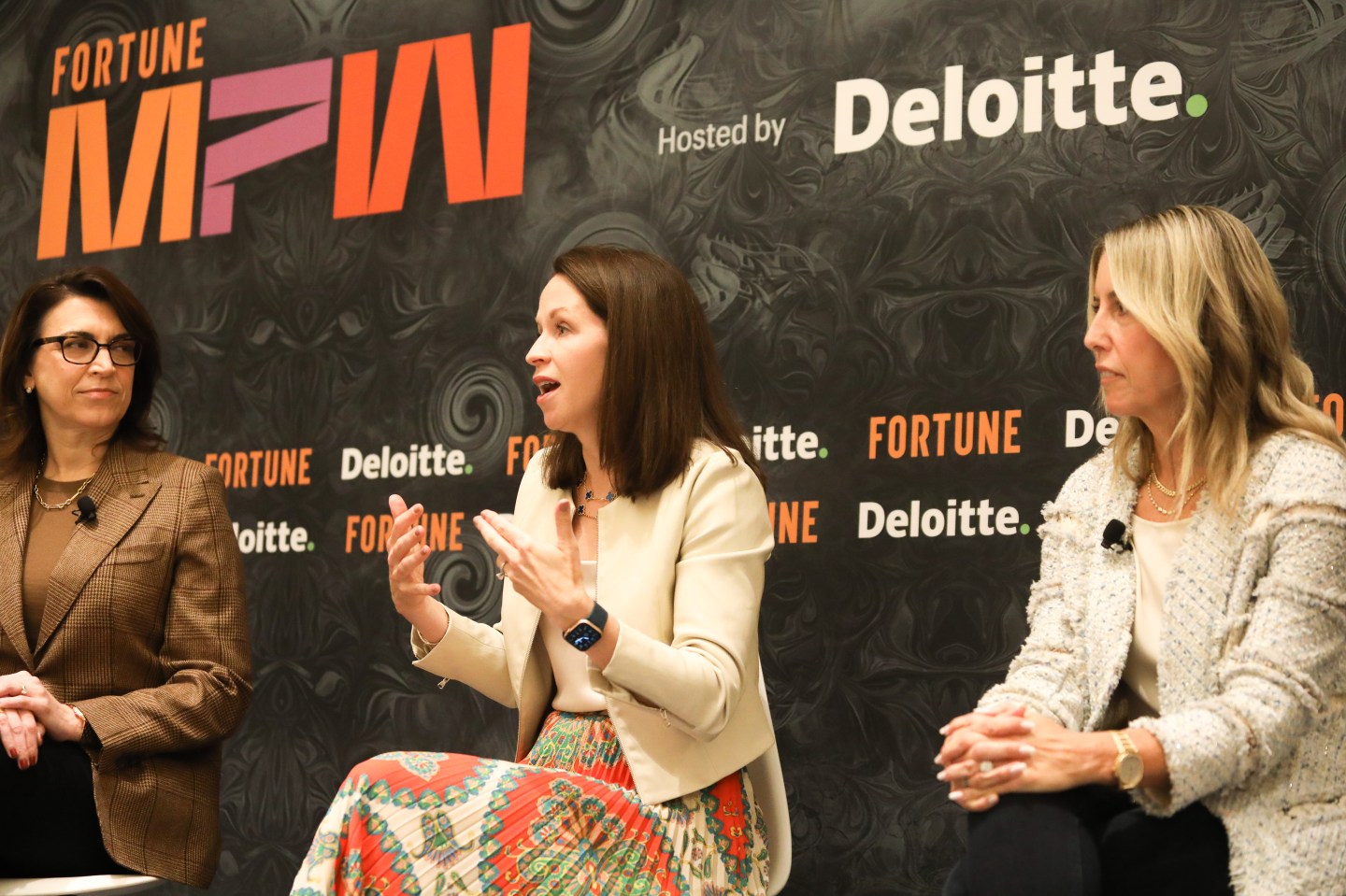 Panelists discuss how to drive growth through trust at Fortune's Most Powerful Women Summit in Laguna Niguel, Calif. on Oct. 11, 2022.
Kristy Walker for Fortune

Building trust internally is crucial for business leaders because that trust can help drive a company’s growth. And that can mean focusing on cross-functional collaboration and building those relationships across a company, so that every single employee can have a voice.

“I spend as much time with my chief people officer and my CIO and my chief revenue officer [as] I do with my finance team,” said Gina Mastantuono, chief financial officer of ServiceNow. “And so the ability to stay aligned and drive shared metrics, whether it’s our diversity numbers, whether it’s our net new ACV growth, whether it’s profitability….it’s all about trust and relationships. And if you’re not spending the time, really trying to build that trust, you’re missing a real opportunity to lead.”

During a panel at Fortune’s Most Powerful Women Summit in Laguna Niguel, Calif. on Tuesday, three female business leaders pointed to their own experiences as examples on how they’ve worked to establish trust, and why it matters so much more now than ever before.

And that can mean going back to the basics and making sure that leaders are focused on the company’s purpose and mission, which in turn will inspire people within the organization—especially in times like these filled with uncertainty.

Coming out of the pandemic, things have changed—there’s an emphasis on wanting a job with purpose and expecting transparency from employers—both of which can be difficult to implement as a leader.

You don’t have to have all the answers, she noted, but you do need to explain how you’re thinking about it. Mastantuono gave the example of coming back to the office. At the height of the pandemic, she didn’t know when or what that transition would be like, so she made that clear. But Mastantuono also told her employees that return-to-office decisions would be made while putting their health and safety at the forefront.

Janiak gave the example of issuing the company’s first DEI Transparency Report after George Floyd’s death. By doing so, the company put all of its data out there, showing the progress they’ve made in terms of representation, but also that there’s still more work to be done.

Blackstone’s global co-head of real estate, Kathleen McCarthy gave her own example of the company buying one of the biggest affordable housing portfolios in the country. The prior owner, she said, was trying to take most of the housing and move it to market rate. But Blackstone didn’t want to do that, she said, so it preserved the housing and might even build more affordable housing.