Biden is furious about Saudi Arabia’s move to cut back on oil ahead of the midterms. ‘There will be consequences’ 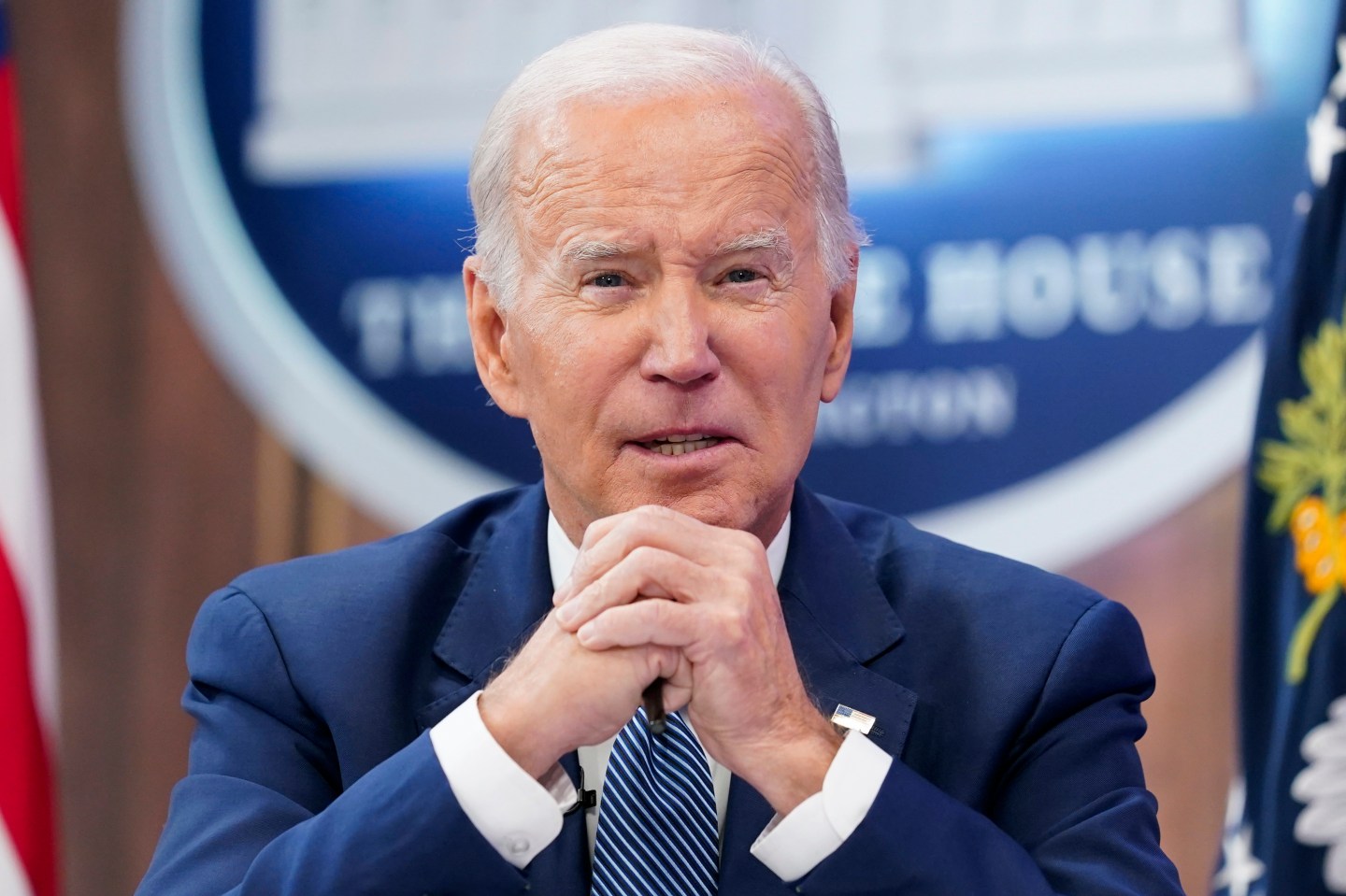 WASHINGTON (AP) — President Joe Biden said Tuesday there will be “consequences” for Saudi Arabia as the Riyadh-led OPEC+ alliance moves to cut oil production and Democratic lawmakers call for a freeze on cooperation with the Saudis.

Biden suggested he would soon take action, as aides announced that the administration is reevaluating its relationship with the kingdom in light of the oil production cut that White House officials say will help another OPEC+ member, Russia, pad its coffers as it continues its nearly eight-month war in Ukraine.

Democratic Sen. Richard Blumenthal of Connecticut and Rep. Ro Khanna of California introduced legislation that would immediately pause all U.S. arms sales to Saudi Arabia for one year. This pause would also halt sales of spare and repair parts, support services and logistical support.

But it remains to be seen how far Biden is willing to go in showing his displeasure with the Saudis, a vital but complicated ally in the Middle East. Biden came into office vowing to recalibrate the U.S. relationship because of Saudi Arabia’s human rights record but then paid a visit to the kingdom earlier this year.

Biden said in a CNN interview he would look to consult with Congress on the way forward, but stopped short of endorsing the Democratic lawmakers’ call to halt weapons sales.

Press secretary Karine Jean-Pierre said Tuesday the White House has no timeline for its review nor has the president appointed an adviser to serve as point person.

Blumenthal and Khanna unveiled their legislation one day after Sen. Robert Menendez, a New Jersey Democrat, said it was unacceptable that OPEC+ had moved to cut oil production and effectively assist Moscow in its war on Ukraine. Menendez promised to use his position as chairman of the Senate Foreign Relations Committee to block any future arms sales to the Saudis.

Menendez did not warn the White House before announcing his intention to block future Saudi arms sales, Kirby said.

OPEC+, which includes Russia as well as Saudi Arabia, announced last week it would cut production by 2 million barrels a day, which will help prop up oil prices that are allowing Russian President Vladimir Putin to keep paying for his eight-month invasion of Ukraine. The production cut also hurts U.S.-led efforts to make the war financially unsustainable for Russia, threatens a global economy already destabilized by the Ukraine conflict and risks saddling Biden and Democrats with newly rising gasoline prices just ahead of the U.S. midterm elections.

Biden and European leaders have urged more oil production to ease gasoline prices and punish Moscow for its aggression in Ukraine. Putin has been accused of using energy as a weapon against countries opposing Russia’s invasion.

“They are certainly aligning themselves with Russia,” Jean-Pierre said. “This is not a time to be aligning with Russia.”

As for the Saudis, Sen. Blumenthal said, “We cannot continue selling highly sensitive arms technology to a nation aligned with an abhorrent terrorist adversary.”

However, the White House takes note that its weapon sales to Riyadh serve, in part, as an important counterweight in the region to Iran, which is quickly moving toward becoming a nuclear power.

“There’s 70,000 Americans living in Saudi Arabia right now, not to mention all the other troops we have throughout the region,” Kirby said. “So, it’s not only in our interest that missile defense in the region become more integrated and cooperative. It’s in the interest of our allies and partners in that part of the world as well.”

Still, the pressure is mounting for Biden. As a candidate for the White House, he vowed that Saudi rulers would “pay the price” under his watch for the 2018 killing of U.S.-based journalist Jamal Khashoggi, a critic of the kingdom’s leadership. Biden said that he’d look to make the oil-rich country a “pariah.”

But in July, amid rising prices at the pump around the globe, Biden decided to pay a visit to Saudi Arabia. During the visit, he met with the Saudi crown prince, Mohammed bin Salman, who he once shunned as a killer for the death of Khashoggi. The U.S. intelligence community determined that the crown prince, often referred to by his initials MBS, likely approved the killing of Khashoggi inside the Saudi consulate in Istanbul. MBS denies he was involved.

The Saudis have also drawn international criticism for airstrikes killing civilians in the years-long war between the kingdom and Houthi rebels in Yemen — as well as for embargoes that exacerbated hunger and pushed Yemen to the brink of famine.

“Saudi Arabia’s disastrous decision to slash oil production by two million barrels a day makes it clear that Riyadh is seeking to harm the U.S. and reaffirms the need to reassess the U.S.-Saudi relationship,” Khanna said. “There is no reason for the U.S. to kowtow to a regime that has massacred countless civilians in Yemen, hacked to death a Washington-based journalist and is now extorting Americans at the pump.”