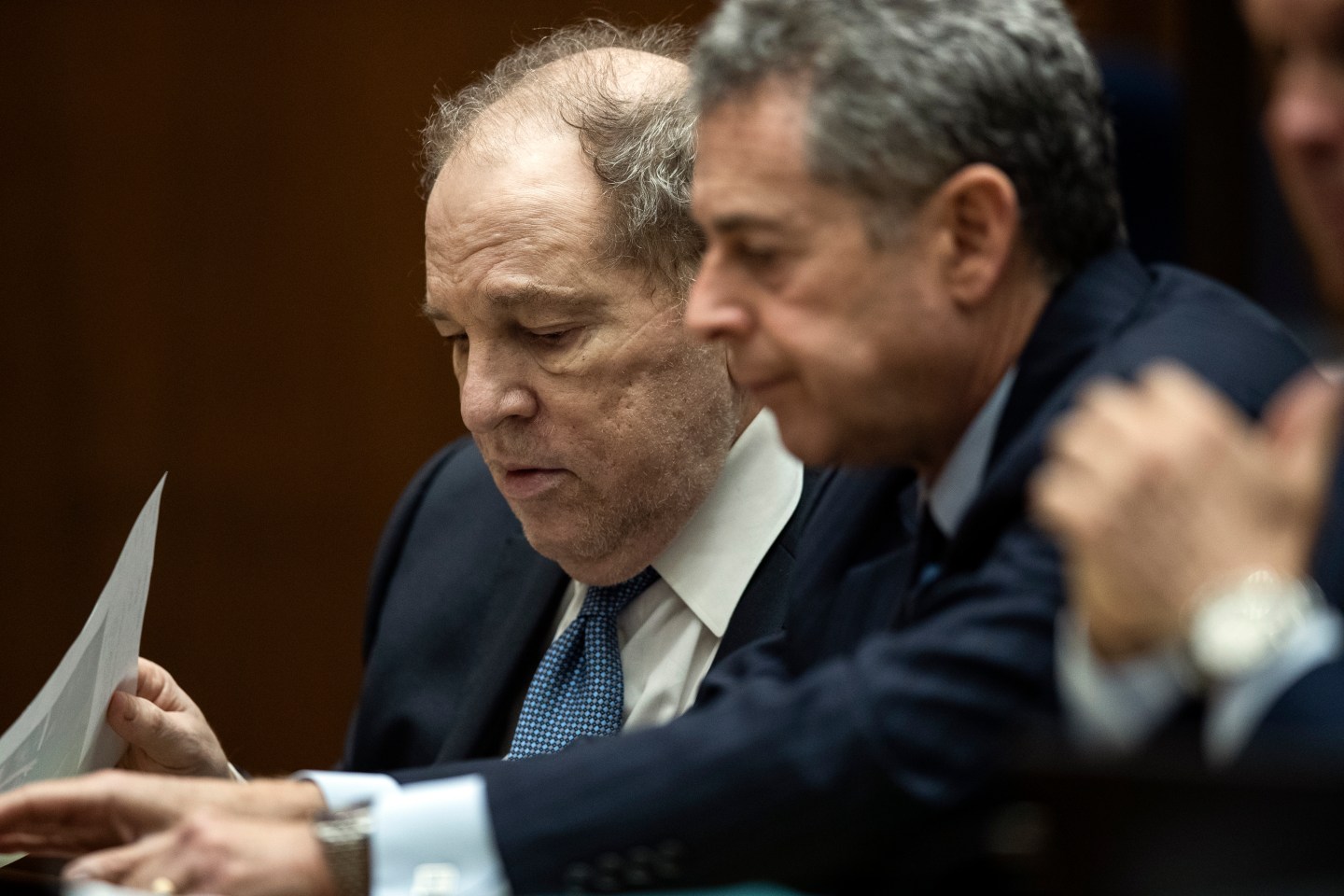 LOS ANGELES (AP) — Harvey Weinstein’s attorney told the judge at his sexual assault trial Tuesday that conditions in the holding cell where he’s being kept after court are “unhygienic” and “almost medieval.”

Attorney Mark Werksman asked Los Angeles Superior Court Judge Lisa B. Lench for help with the issue at the beginning of the second day of jury selection in the former movie mogul’s trial on 11 counts of rape and sexual assault.

He said Weinstein is being left alone in his wheelchair for three or four hours in an “unsanitary, fetid” holding cell at the courthouse before he is taken back to jail.

“It’s almost medieval, the conditions,” Werksman said. “He’s 70 years old. I’m worried about him surviving this ordeal without a heart attack or stroke.”

Weinstein, and the panel of 71 jurors who were brought in to fill out an initial questionnaire on Tuesday, were not yet present during Werksman’s remarks.

Lench replied that she would talk to deputies from the Los Angeles County Sheriff’s Department, which runs the jails and transports inmates to court, but that her power was limited over the matter.

“I’m not minimizing it, I’m just not sure there’s a lot to be done,” she said.

Weinstein, who is allowed to change into a suit from his jail attire for trial, was wheeled into the courtroom soon after, and slowly and carefully climbed into a seat at the defense table.

Werksman then raised the issue again, suggesting Weinstein didn’t have a toilet to use in the cell.

Werksman said he didn’t mean to suggest there was no toilet at all, but said “It is unhygienic, it is virtually unusable, it is medieval.”

An email seeking comment from the Sheriff’s Department was not immediately returned.

Weinstein’s attorneys have brought up his failing health repeatedly both during his New York trial, where he was sentenced to 23 years in prison for convictions of rape and sexual assault, and in his pre-trial hearings in Los Angeles.

He was hospitalized with chest pains and had a heart procedure immediately after he was found guilty in New York in February of 2020, and was diagnosed with COVID-19 in prison in the first weeks of the pandemic.

His lawyers have said he has diabetes and is “technically blind.” They have asked the judge for permission to see an outside dentist because the one he sees in jail keeps pulling out his teeth.

In court, he appears pale and frail, looking nothing like the bearish man who once lorded over the Oscars every year.

Weinstein’s trial, which comes five years after women’s stories about him gave momentum to the #MeToo movement, is expected to last eight weeks. With the slow process of screening and selecting jurors from a pool or more than 200, opening statements aren’t expected until Oct. 24.