U.S. to begin screening air passengers from Uganda for Ebola 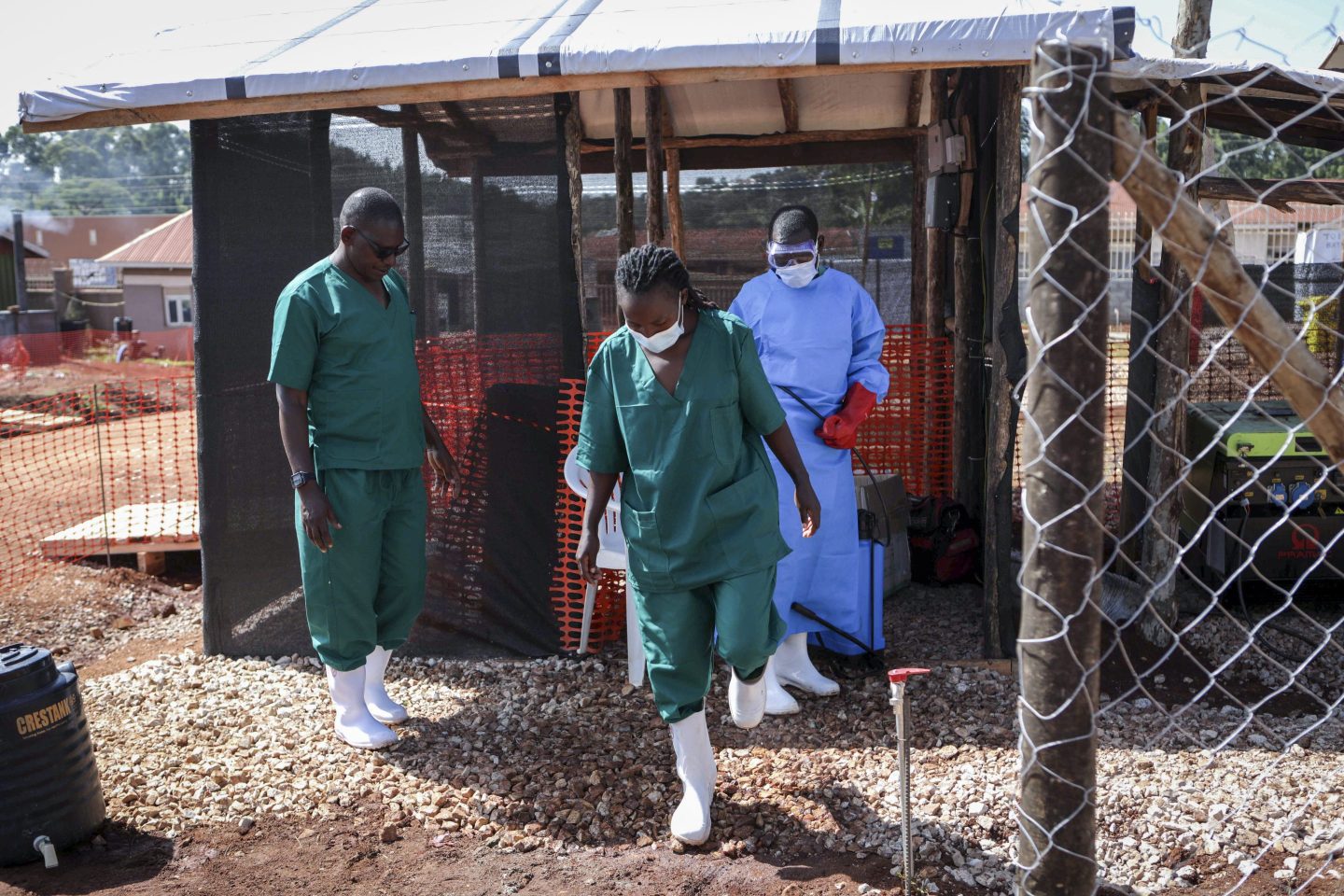 The United States will begin screening travelers coming from Uganda for Ebola as an additional precaution aimed at trying to prevent an outbreak in the African country from spreading, the Biden administration said Thursday.

With “no suspected, probable, or confirmed cases” of Ebola having been reported beyond Uganda, the risk in the U.S. is seen as low right now, said a senior administration official who was not authorized to publicly discuss the screening protocols and spoke on condition of anonymity. The official described the screening move as “as an additional precaution.”

The screenings will begin rolling out immediately, with full coverage from passengers from Uganda expected to be in place by the week’s end.

Those passengers will have a “temperature check, risk assessment, visual symptom check, and contact information verification” conducted by the Centers for Disease Control and Prevention. Authorities will share that Information with local health departments at the travelers’ final destination. The screenings will begin rolling out immediately, with full coverage from passengers from Uganda expected to be in place by the week’s end.

The administration says about 145 people per day enter the U.S. from Uganda, with most already arriving at one of the five airports, which serve as large airline hubs. Anyone scheduled to fly into a different airport will be rebooked by their airline, the administration said.

Ebola, which manifests as a viral hemorrhagic fever, is spread through contact with bodily fluids of an infected person or contaminated materials. Symptoms include fever, vomiting, diarrhea, muscle pain and at times internal and external bleeding.