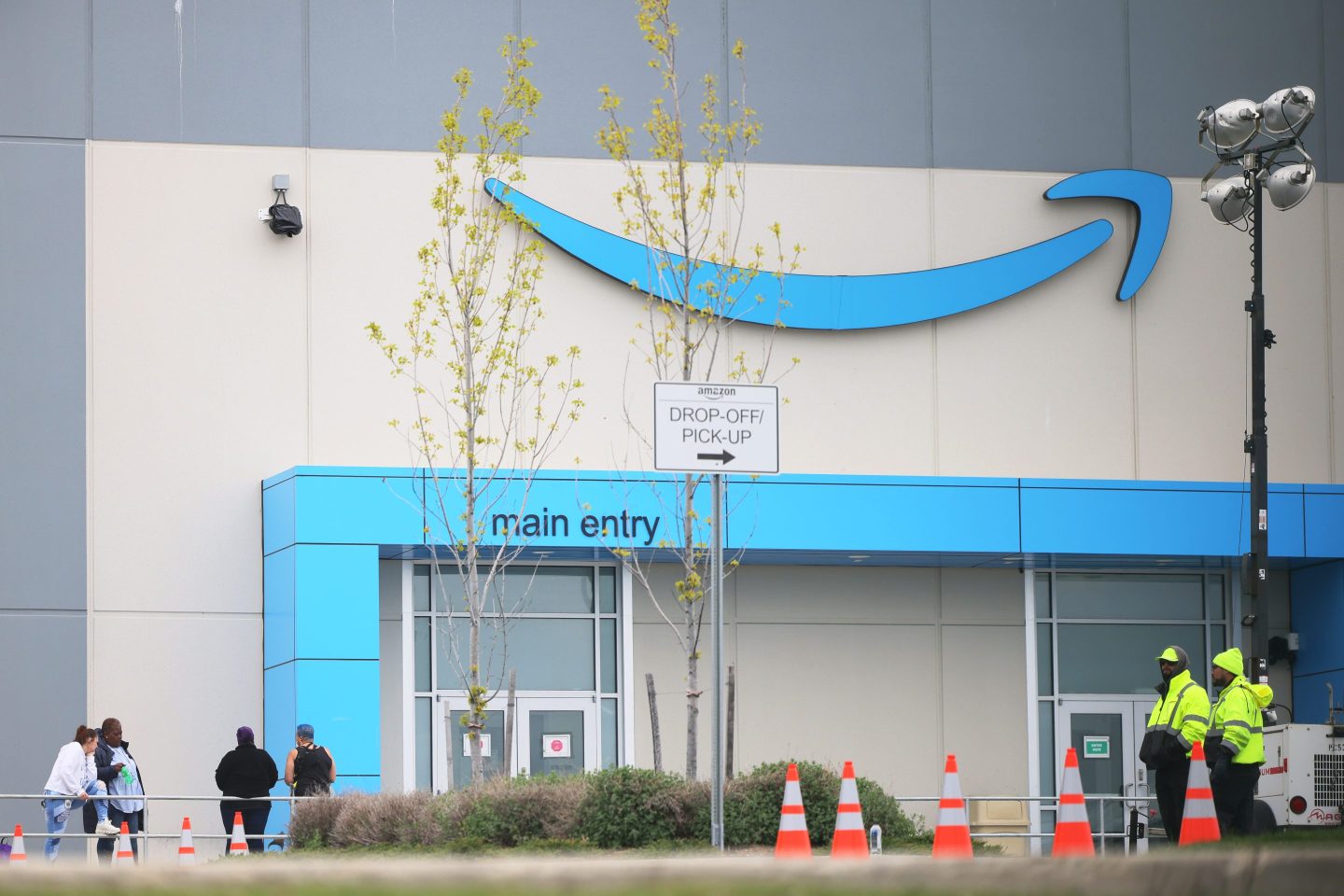 A fire broke out late Wednesday evening at an Amazon facility in upstate New York that’s voting in a union election next week.

The fire at the warehouse, located near Albany in the town of Schodack, began around 10:50pm and lasted until shortly after midnight, according to the Schodack Police Department.

In a prepared statement, Amazon spokesperson Paul Flaningan called the incident a “small fire,” and said it was “contained to a compactor that’s located just outside the doors of a loading dock.” He said the warehouse was evacuated, and fire department officials declared the building was safe following a preliminary investigation.

“Out of an abundance of caution, we sent night shift employees home with pay and cancelled Thursday’s day shift,” Flaningan said. “These employees will also be paid. We are grateful for the swift actions of first responders and the employees who handled the situation appropriately.”

The incident near Albany follows two other fires at Amazon warehouses this week.

On Tuesday, the company suspended dozens of warehouse workers who refused to work following a cardboard compactor fire at a facility on Staten Island that voted to unionize earlier this year.

Organizers with the Amazon Labor Union said day shift workers at that warehouse were sent home with pay when the fire happened Monday in the late afternoon. Night shift workers didn’t get the same option, though many raised concerns the air wouldn’t be safe to breathe because of smokes and fumes from the fire.

Flaningan said on Wednesday the company asked all night shift employees at the Staten Island warehouse to report to their shifts after fire officials certified the building as safe. But dozens refused and held a sit-down protest at the facility’s main office, demanding to be sent home with pay.

Separately, another fire had broken out Monday at a facility in Alabama.