‘What is the best way for a man to manage a team of women?’ Start by actually listening 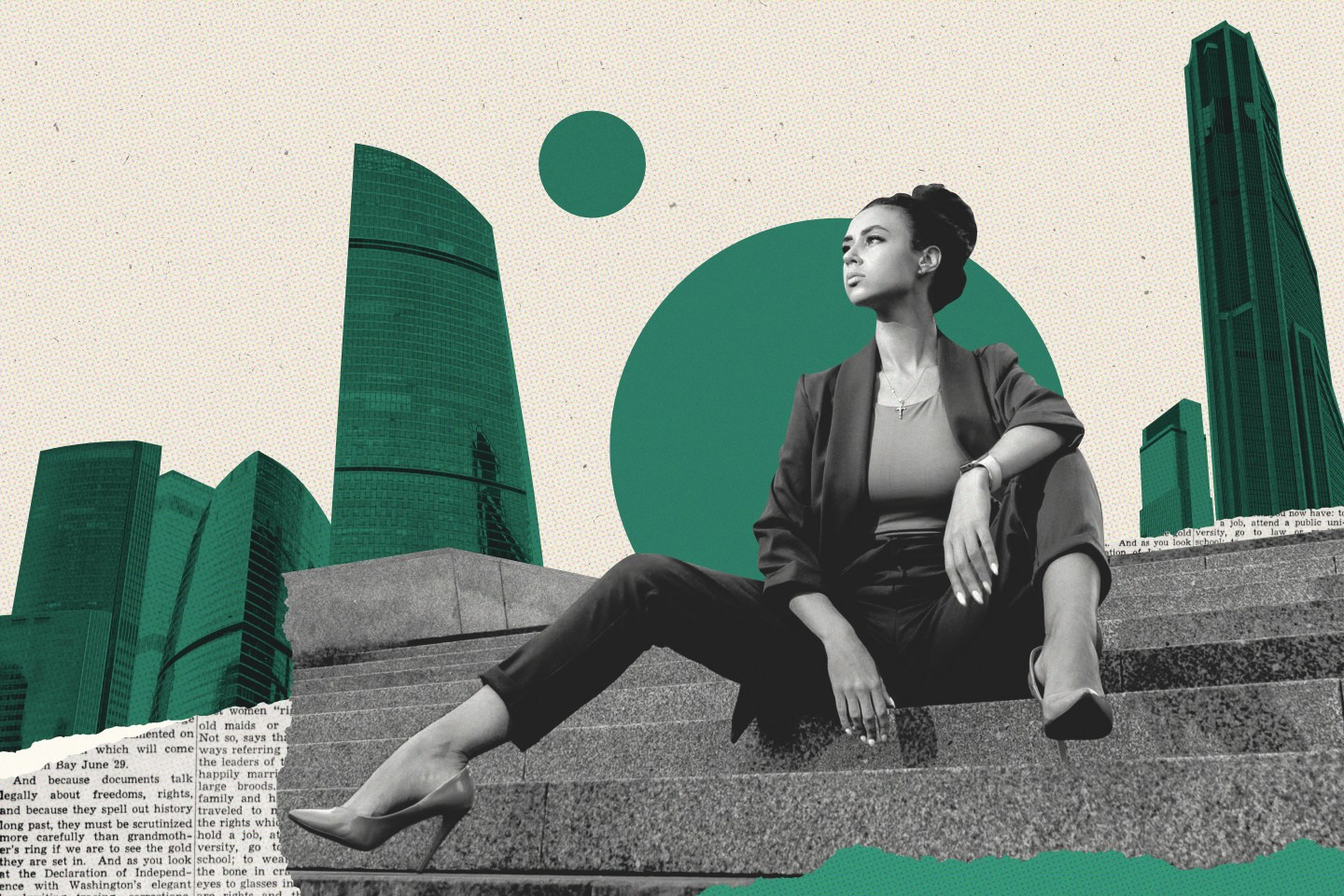 The more data you collect about your team, the greater the opportunity becomes for you to lead well and earn the respect and trust of your colleagues.
Renira Naidu for Karseva.

Raise the Bar is Fortune’s new advice column written by business strategist and resilience educator Komal Minhas. Are you grappling with a workplace issue that’s getting in the way of you achieving your career goals? Komal is here to help—and she’ll be tapping top experts for their best advice along the way. Submit your questions here.

I’m an executive (male, straight, South Asian) starting a new job at a major tech company. I have 10 years of management experience, but this is the first time I’ll be managing a team entirely composed of women.

I am excited and reflective. I want to be a thoughtful and supportive manager for my team, and I recognize the many challenges women face in tech. After all, the average top-tier tech company’s workforce is only 33% women. As a South Asian man, I’ve also experienced my own ups and downs in this industry.

What’s the best way to manage my team while navigating the unique challenges they face due to systemic issues rooted in inequality?

– How do I best manage an all-women team

This is an important topic to tackle because we can assume that the vast majority of women employed at these top-tier tech companies are being managed by men—many of whom aren’t asking this question. We need more leaders who are proactive about creating workplaces where folks of all identities can thrive.

And this is arguably more urgent now than ever before.

Since the start of the pandemic, women at every level are leaving the workforce at higher rates than men. Women report being more burned out and exhausted than their male counterparts. Women indicate that working from home provides some flexibility but also leads to less sleep and more demands. The impact on women of color has been even more significant.

So how can you best support your team, and possibly even thrive together?

“The first thing to do is to get to know people and to listen and be willing to hear,” says Kim Scott, the author of Just Work: How to Root Out Bias, Prejudice, and Bullying to Build a Kick-Ass Culture of Inclusivity and cofounder of Just Work and Radical Candor. “Then understand what the dynamics are and figure out a way to address them directly.”

The more data you collect about your team, the greater the opportunity becomes for you to lead well and earn the respect and trust of your colleagues.

You can gather this data by planning a listening tour. Schedule meetings with every team member so you can individually learn about the team dynamics and the culture you’re coming into.

When learning about these dynamics you may come across some uncomfortable truths that you need to find ways to reckon with.

“Usually when you inherit a team, there’s one or two people on the team who feel like they should have gotten your job,” says Scott. “It’s tempting to pretend that that’s not the case, and there’s something awkward about that, so let’s deal with it.”

A useful approach here is to ask candidly for help and support, says Scott. Let these folks know they are valued, and that you will look to them for support and guidance as you take on this new role. Value their expertise, and show your commitment to supporting their advancement.

As you do this listening tour with your team, be clear about how you plan to use the information gathered, and reassure them that their identities will be protected so they know their jobs aren’t at risk depending on what they share. Then, take time to ask them how they like to be managed. Learn what working conditions allow them to thrive and do their best work. Get to know the moments they felt most supported by past leaders, and when they have felt undervalued.

It’s important that you use the data you gather to inform the decisions you make, and you want to make sure your team knows their input is valued. The last thing your direct reports want is to share their individual experiences, feedback, and the challenges they’ve faced only to realize nothing is being done with this information.

In the process of getting to know your team and their needs, take note of their individual career aspirations and find ways to support their ambitions.

As you learn more about their aspirations, you will also get insights into the system of promotion at the company, which can often be unfair for underrepresented employees.

This is your opportunity to say, “It is going to be my job to make sure that you get the visibility and support you need so next time you get this promotion,” Scott says.

Be aware that promotions and aggressive advancement may not be a motivator for everyone. For some, their aspirations may be to do great work and to be rewarded in different ways. By taking time to listen to your team members and their individual needs and career aspirations you lessen assumptions and can create clarity for your leadership plan and their needs.

These actions can not only build trust, but can also be a path to cultivating a culture of mutual support, acknowledgement, and positive momentum as a team.

Acknowledge your own biases, and create a culture where bias is called out

It is critical for you to develop a culture where bias is called out and disrupted in the moment. Bias is an assumption we project on others. This can look like someone assuming a woman or person of color is entry-level staff instead of senior management. Scott suggests the best way to call out bias is by using an “I” statement. For example: “I don’t think you meant to assume Asiatu, the senior project lead, is supposed to take notes during this meeting,” or “I don’t think you should call Sam sweetheart. It’s demeaning.”

Scott emphasizes that calling out bias in this way is something that needs to become a daily practice in the workplace. At first your team may not trust that you won’t punish them for calling out bias. You’ll likely have to ask them many, many times to continue to do it. As the trust builds, so will this culture of bias busting.

Start with an open conversation about biases you’ve experienced as a South Asian man and allow the team to share the biases they’ve experienced as well. Give people permission to only share what feels safe for them and take time to learn from what was shared. Let them know you likely won’t get things right all the time, but that you value them calling you out when you do make a mistake.

“We cannot address these things if we’re afraid to talk about them, and yet we’re so uncomfortable talking about them,” says Scott. “It’s important to say, ‘I will sometimes be the problem, but if pointed out to me, I’ll become the solution.’”

Give clear performance-related assessments and feedback, and stop being a victim

For managers and leaders who are afraid they are going to get in trouble with HR for providing feedback, criticism, and guidance to the women and historically underrepresented people on their teams, remember that it’s you who actually has the power in the dynamic.

“Playing the victim is ridiculous and yet very common,” says Scott. “There’s always a risk when you’re giving feedback, and I’m not going to promise it’s always going to land perfectly. But this is your job. This is what you’re getting paid to do,” she says.

It’s important to be aware of whether you’re actually giving feedback, or if you’re being biased, prejudiced, or a bully. Make sure you’re not giving feedback on personality attributes, clothing, or looks, says Scott. “I had a boss who thought he was giving me helpful feedback when he told me I should wear really tight pants,” she says. “This was at one of America’s most admired companies.”

So don’t do that. Really don’t do that. Stick to meaningful guidance about work performance through assessments, 360s, and scheduled touch points. Remember that you truly can bring out the best in your team when you don’t hold back on the guidance you give.

Remember the impact great leaders can have

We can all recall a leader who changed our lives. Someone who helped us rise to our potential, or someone who negatively impacted our mental health and well-being. You sound like someone who wants to be a good boss. So keep being curious, keep wanting the best of your people, keep creating opportunities for them to thrive, and keep supporting them in the ways they most need and want.

We spend more time with our colleagues (even these days mostly through screens) than we do our own families. Make that time count, make that time matter for you and your team. We all want to do great work, and it’s poor systems, workplaces, and management that often lead us to feeling apathetic, disconnected, and burned out. Don’t be that guy.

Instead, you have an opportunity to be someone these women talk about in 10 years when asked about a leader who changed their trajectory. I asked my Instagram audience to share about leaders who did just that. Their stories were filled with so much appreciation, gratitude, and disbelief at how much further they’ve gotten than they ever could have imagined all because of leaders who made them feel seen, supported, and understood.

You want to be that guy. And you can.