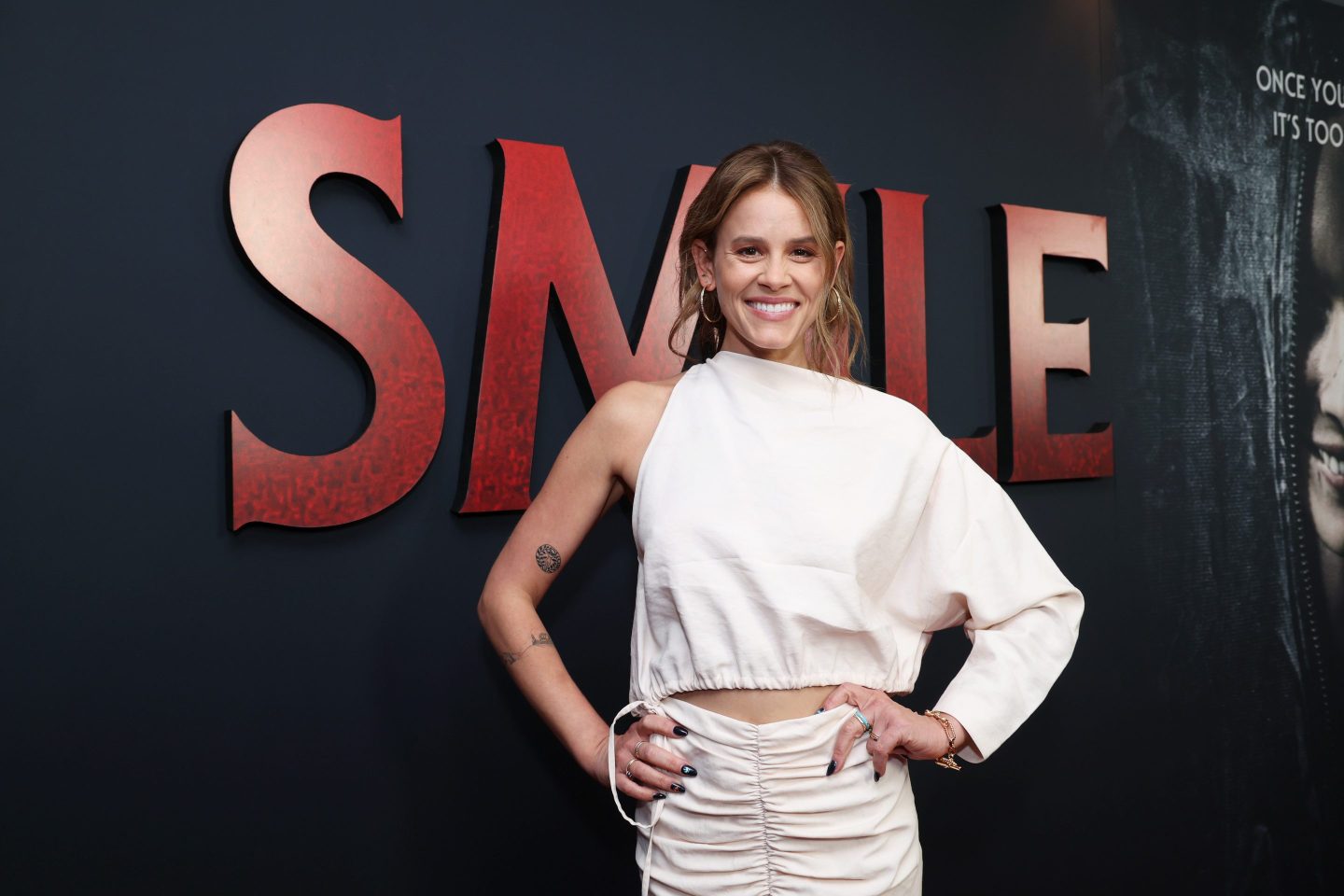 Moviegoing audiences chose the horror movie over the romantic comedy to kick off the month of October. Paramount’s “ Smile ” topped the North American charts with $22 million in ticket sales, according to studio estimates Sunday, leaving Billy Eichner’s rom-com “Bros” in the dust.

Universal’s “ Bros ” launched with an estimated $4.8 million to take fourth place behind “Don’t Worry Darling” ($7.3 million) and “The Woman King” ($7 million). But opening weekends likely aren’t the final word on either “Bros” or “Smile.” Horror movie audiences are generally front-loaded, dropping off steeply after the first weekend, while something like “Bros,” which got great reviews and an A CinemaScore, suggesting strong word-of-mouth potential, is a movie that could continue finding audiences through the fall. It is not unusual for R-rated comedies to open modestly and catch on later.

“Bros” is significant for being the first gay rom-com given a wide theatrical release by a major studio, as well as the first studio movie starring and co-written by an openly gay man. Since premiering at the Toronto International Film Festival last month, the film has gotten stellar reviews from critics and also been the target of “review bombs” on IMDB. The site last week removed hundreds of one-star reviews for “Bros” that were logged before the film was released.

It’s also hard to compete with a new horror movie in October. “Smile,” written and directed by Parker Finn in his directorial debut, stars Sosie Bacon as a therapist haunted by smiling faces after a traumatic event.

According to exit polls, 52% of the audience was male and 68% were ages 18-34 for the R-rated film. Playing in 3,645 locations, “Smile” started strong with $2 million from Thursday night previews, too, and had a 4% uptick Saturday, which is almost unheard of for genre films that usually decline after the first night.

“It’s remarkable, particularly when you take the budget into account. It’s just a terrific result and validated our thoughts about the movie as a whole,” said Chris Aronson, Paramount’s president of domestic distribution. “That Saturday uptick bodes well for the long-term playability.”

The “Smile” marketing team last weekend planted smiling actors at baseball games around the country as a marketing stunt, which Aronson said helped push the movie over the top.

“’Smile’ just shows once again that the horror genre should be put on a pedestal by theater owners,” said Paul Dergarabedian, the senior media analyst for Comscore.

Second place went to “Don’t Worry Darling” in its second weekend in theaters, with $7.3 million, down 64% from its opening. The mid-century-styled psychological thriller starring Florence Pugh and Harry Styles has earned $32.8 million domestically against a $35 million production budget.

And “The Woman King” was close behind in third place in its third weekend, with an estimated $7 million, down only 36% from last weekend. The historical war epic directed by Gina Prince-Bythewood stars Viola Davis as an Agojie general and has made $46.7 million.

Rounding out the top five was the re-release of “Avatar,” with $4.7 million from 1,860 locations.

Notably, the film with the highest per-theater average was the Indian epic “Ponniyin Selvan: I,” which earned $4.1 million from just 510 theaters. It’s one of several Indian blockbusters to perform well in North America recently, including “RRR” and “Brahmastra Part 1: Shiva.”

“It was a solid weekend,” Dergarabedian said. “We’re not going to get into the $100 million-plus weekends until ‘Black Adam,’ but audiences are getting a really diverse slate of movies to see on the big screen.”