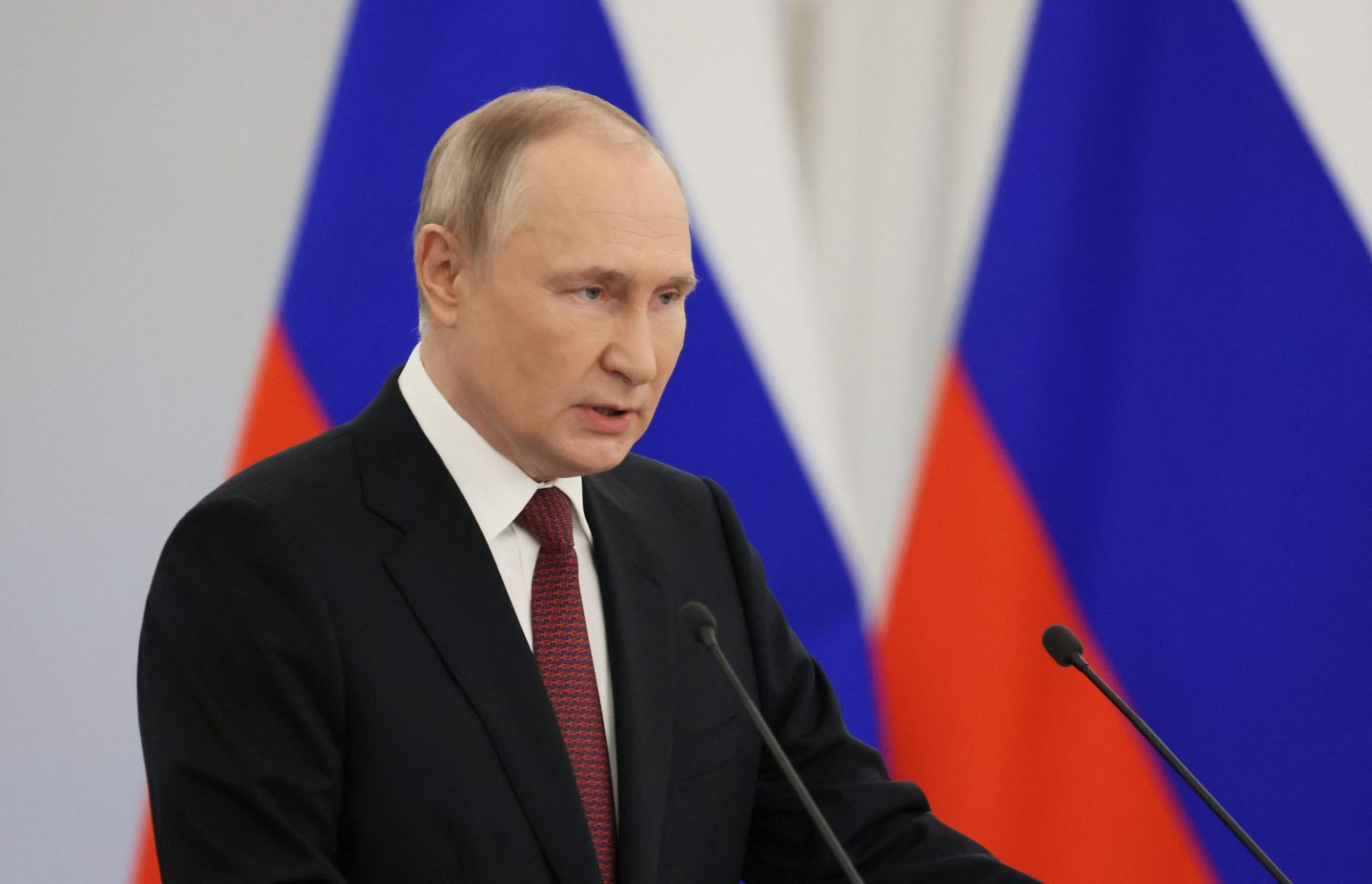 The U.S. on Friday sanctioned more than 1,000 people and firms connected to Russia’s invasion of Ukraine, including its Central Bank governor and families of Security Council members, after President Vladimir Putin signed treaties absorbing occupied regions of Ukraine into Russia, in defiance of international law.

The Treasury Department named hundreds of members of Russia’s legislature, leaders of the country’s financial and military infrastructure and suppliers for sanctions designations. The Commerce Department added 57 companies to its list of export control violators, and the State Department added more than 900 people to its visa restriction list.

President Joe Biden said of Putin’s steps: “Make no mistake: These actions have no legitimacy.” He said the new financial penalties will impose costs on people and companies inside and outside of Russia “that provide political or economic support to illegal attempts to change the status of Ukrainian territory.”

“I look forward to signing legislation from Congress that will provide an additional $12 billion to support Ukraine,” he said.

The U.S. and European Union are stepping up the intensity of sanctions after Russia announced it was mobilizing up to 300,000 more troops to join the invasion of Ukraine and Putin ratified the results of Kremlin-orchestrated annexation “referendums” that Kyiv and the West call sham elections.

Putin warned that Russia would never give up the absorbed regions —the Donetsk, Luhansk, Kherson and Zaporizhzhia regions— and would protect them as part of its sovereign territory.

In Washington, Treasury Secretary Janet Yellen said, “We will not stand by as Putin fraudulently attempts to annex parts of Ukraine.”