The Russian economy will ‘die by winter’ because of the ‘catastrophic consequences’ of the military mobilization, a top Russian economist warns 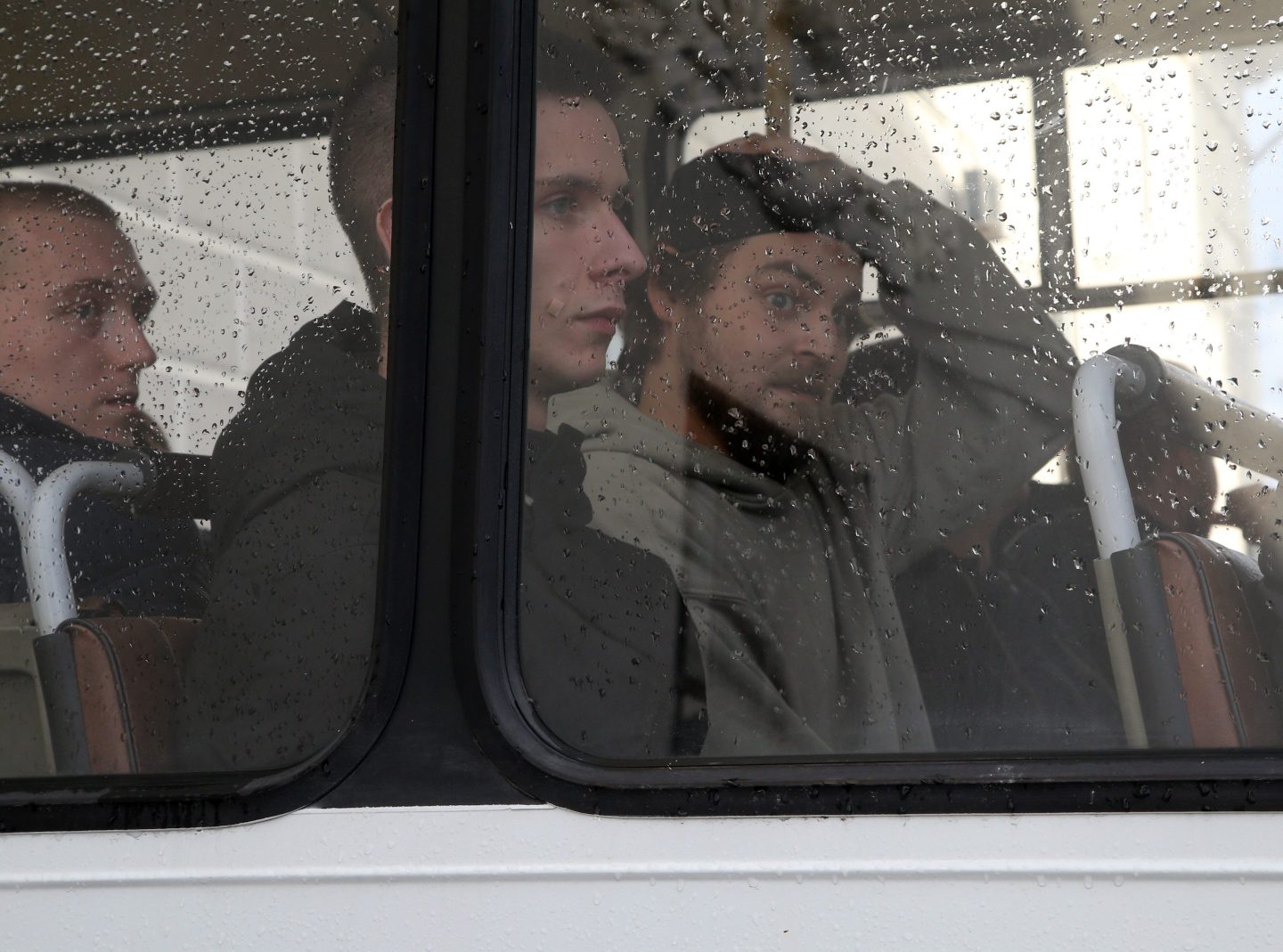 Russian men sit on a bus at a mobilization center awaiting their departure to a military training center on Sept. 26, 2022, in Moscow.
Getty Images

In the seven months since Russia invaded Ukraine, some have argued that the international sanctions levied against Russia weren’t strong enough as Russians continued to travel, shop, party—and generally lead a normal life.

Now, an action by Russian President Vladimir Putin could be the catalyst that brings the war home to Russians and plunges the economy into real catastrophe.

“I consider it necessary to make [this] decision, which is fully appropriate to the threats we face…to protect our motherland…to ensure the safety of our people and people in the liberated territories,” Putin said last week.

In the days that followed, Russian police arrested over 2,300 citizens for protesting, and tens of thousands of Russians have now fled the country to avoid the draft.

Now, Russian economist Vladislav Inozemtsev, the director of Moscow-based think tank the Center for Research on Post-Industrial Studies, is warning that Putin’s mobilization will have “truly catastrophic consequences,” including the death of the Russian economy and the downfall of Putin’s regime.

“The Russian economy is going to die by winter, I wrote in early March. Now I think I was right. The mobilization announced on Sept. 21 was a milestone that really divided Russian history into ‘before’ and ‘after’—an event that began the final countdown of Putin’s era,” the economist wrote on Sunday for Russian publication The Insider.

‘I don’t want to die for someone else’s ambitions’

On Monday, a gunman opened fire at a military recruitment office in the Siberian region of Irkutsk, injuring one person. The gunman’s identity and motivation have not been disclosed. In Ryazan, a city 115 miles southeast of Moscow, a man set himself on fire, shouting that he didn’t want to fight in Ukraine. Over the weekend, at least 400 people—mostly women—protested in Yakutsk’s city centre, telling police to “let our children live.”

Several reports from independent media publications and researchers note that the Kremlin is likely aiming to draft over 1.2 million men to fight in Ukraine—four times more than the 300,000 the government says it’s recruiting. The Kremlin’s press secretary Dmitry Peskov has denied this claim.

Police and recruitment officers have also rounded up students, after Putin specifically said that university students studying full-time would not be called up to serve in Ukraine. Meanwhile, antiwar activists have denounced the government for disproportionately sending ethnic minorities from its Siberian and Caucasus regions to fight in Ukraine. Almost half of the male population in Buryatia, an eastern Siberian region colonized by Russia in the 18th century, have been brought to military assembly points from rural villages, according to independent media reports.

In a move that shows how far the Kremlin is willing to go to ensure its mobilization demands are met, Putin signed an additional law on Saturday that approves jail terms of up to 10 years for those evading military duty and up to 15 years for wartime desertion.

Prior to Putin’s mobilization decree, Inozemtsev agreed with predictions that Russia’s GDP would drop around 4–5% this year. But now he believes that Russia’s GDP will drop that much in October alone, and the “next months will only consolidate the trend. Now my spring forecast for a 10% fall seems almost too optimistic,” he said.

The Kremlin’s exclusive focus on mobilization and war efforts means that government funds will be directed to these initiatives at the expense of investment in business and the economy, the economist predicts.

Investments in business will begin to decline sharply, and the Moscow Stock Exchange could dip below 1,500 points before year’s end, Inozemtsev wrote.

“And all this doesn’t take into account…the inevitable new wave of [Western] sanctions that will be announced in the near future. We are talking about a much more radical-than-expected displacement of Russia from energy markets and a new wave of restrictions on the supply of critical [imports] for the country,” he said.

The “financial effects of mobilization—in the medium-term—will be significantly greater than the consequences of…the war in Ukraine,” Inozemtsev said.

In Russia’s poorer regions like Buryatia, the economic consequences will be disastrous, as “thousands of families will be left without income, and local medium and small businesses will simply die out,” Inozemtsev wrote.

Russia will also lose at minimum hundreds of thousands of men to the war’s frontline, and 3 to 4 million more will “disappear” from the labor market,” he wrote. In Russia’s wealthier cities like Moscow and St. Petersburg, residents generally have more resources to leave the country. But Inozemtsev predicts that army officers in the next few days will start serving recruitment papers at people’s workplaces, leading many to quit, or simply not show up at their offices, to avoid getting a summons.

“This will be the strongest blow to the economy. Several million people will prefer to quit their jobs so as not to [serve] in the army. Meanwhile in large cities… the loss of even a few employees can cause disproportionate damage to the economy. Russia is the economy of large cities and companies,” he said.