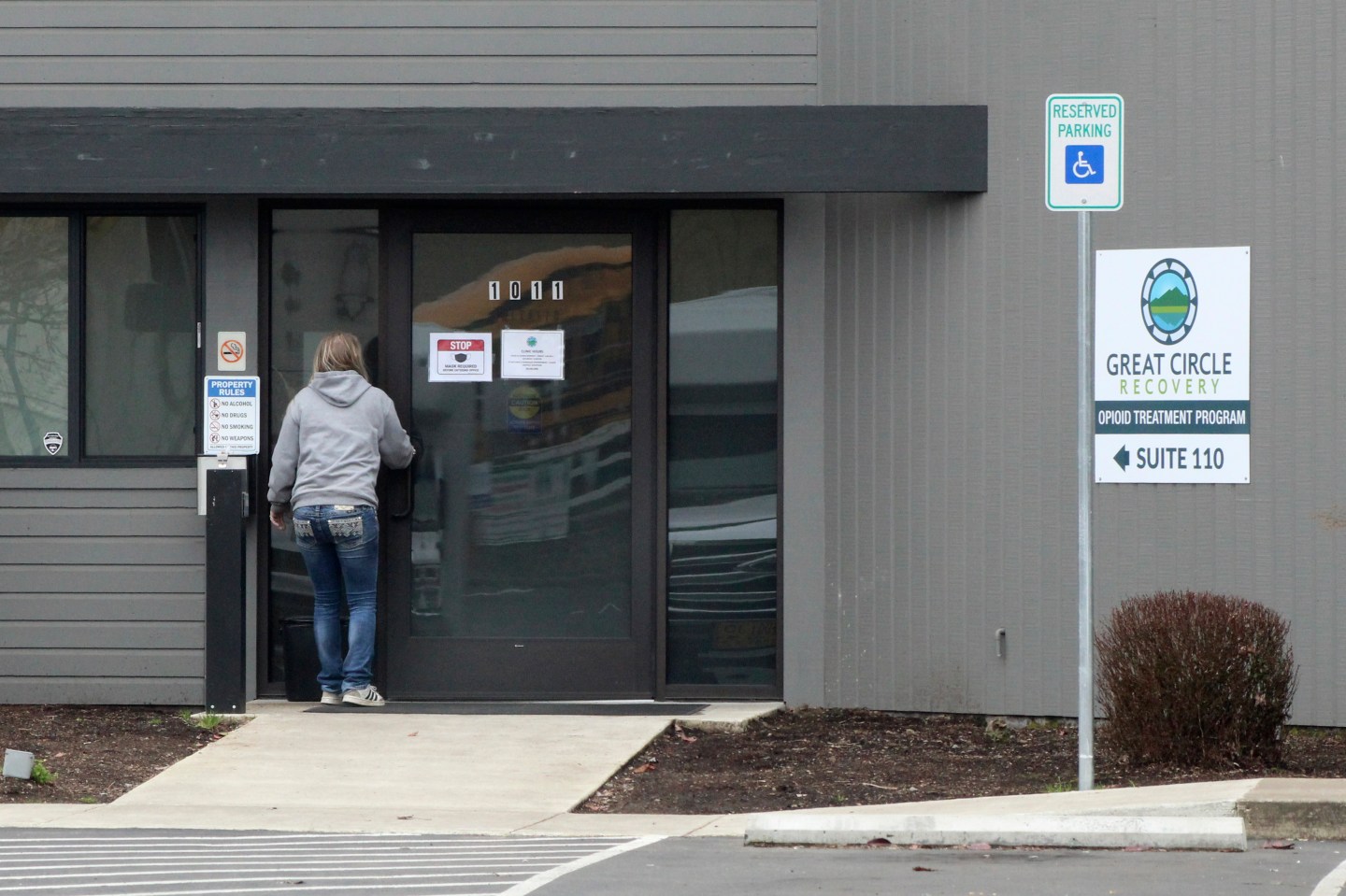 SALEM, Ore. (AP) — Two years after Oregon residents voted to decriminalize hard drugs and dedicate hundreds of millions of dollars to treatment, few people have requested the services and the state has been slow to channel the funds.

When voters passed the state’s pioneering Drug Addiction Treatment and Recovery Act in 2020, the emphasis was on treatment as much as on decriminalizing possession of personal-use amounts of heroin, cocaine, methamphetamine and other drugs.

But Oregon still has among the highest addiction rates in the country. Fatal overdoses have increased almost 20% over the previous year, with over a thousand dead. Over half of addiction treatment programs in the state lack capacity to meet demand because they don’t have enough staffing and funding, according to testimony before lawmakers.

Supporters want more states to follow Oregon’s lead, saying decriminalization reduces the stigma of addiction and keeps people who use drugs from going to jail and being saddled with criminal records. How Oregon is faring will almost certainly be taken into account if another state considers decriminalizing.

Steve Allen, behavioral health director of the Oregon Health Authority, acknowledged the rocky start, even as he announced a “true milestone” has been reached, with more than $302 million being sent to facilities to help people get off drugs, or at least use them more safely.

“The road to get here has not been easy. Oregon is the first state to try such a bold and transformative approach,” Allen told a state Senate committee Wednesday.

One expert, though, told the lawmakers the effort is doomed unless people with addictions are nudged into treatment.

“If there is no formal or informal pressure on addicted people to seek treatment and recovery and thereby stop using drugs, we should expect continuing high rates of drug use, addiction and attendant harm,” said Keith Humphreys, an addiction researcher and professor at Stanford University and former senior adviser in the White House Office of National Drug Control Policy.

Of 16,000 people who accessed services in the first year of decriminalization, only 0.85% entered treatment, the health authority said. A total of 60% received “harm reduction” like syringe exchanges and overdose medications. An additional 15% got help with housing needs and 12% obtained peer support.

The Drug Addiction Treatment and Recovery Act, also known as Measure 110, has become a campaign issue this year as Republicans seek to wrest the governorship from Democrats, who have held it since 1987.

“I voted no on Measure 110 because decriminalizing hard drugs like heroin and meth was and is a terrible idea,” said GOP candidate Christine Drazan, who supports asking voters to repeal it. “As expected, it has made our addiction crisis worse, not better.”

Unaffiliated candidate Betsy Johnson, a former veteran lawmaker, said she would work to repeal what she called a “failed experiment.”

A spokeswoman for Democratic candidate Tina Kotek, a former House speaker, said Drazan and Johnson “want to go against the will of the voters. … Oregonians do not want to go backward.”

“As governor, Tina will make sure that the state is delivering on what voters demanded: expanded recovery services statewide,” spokeswoman Katie Wertheimer said.

Under the law, people receive a citation, with the maximum $100 fine waived if they call a hotline for a health assessment. But most of the more than 3,100 tickets issued so far have been ignored, Oregon Public Broadcasting reported. Few people have dialed the hotline.

Tera Hurst, executive director of Oregon Health Justice Recovery Alliance, which is focused on implementing Measure 110, said coerced treatment is ineffective. Hurst said it’s important to focus on “just building a system of care to make sure that people who need access can get access.”

Allen called the outlay of million of dollars — which come from taxes on Oregon’s legal marijuana industry — a “pivotal moment.”

“Measure 110 is launching and will provide critical supports and services for people, families and communities,” he told the Senate committee.

It will take time, though, to use the funds to build out the services.

“Measure 110 makes it possible for us to provide this service free of charge,” Sandoval said. “This allows us to reach people we could not serve previously because of a lack of insurance.”

Scott Winkels, lobbyist for the League of Oregon Cities, said residents are running out of patience.

”People are going to need to see progress,” Winkels said. “If you’re living in a community where you’re finding needles, how many times do you need to see a needle in a park before you lose your cool?”