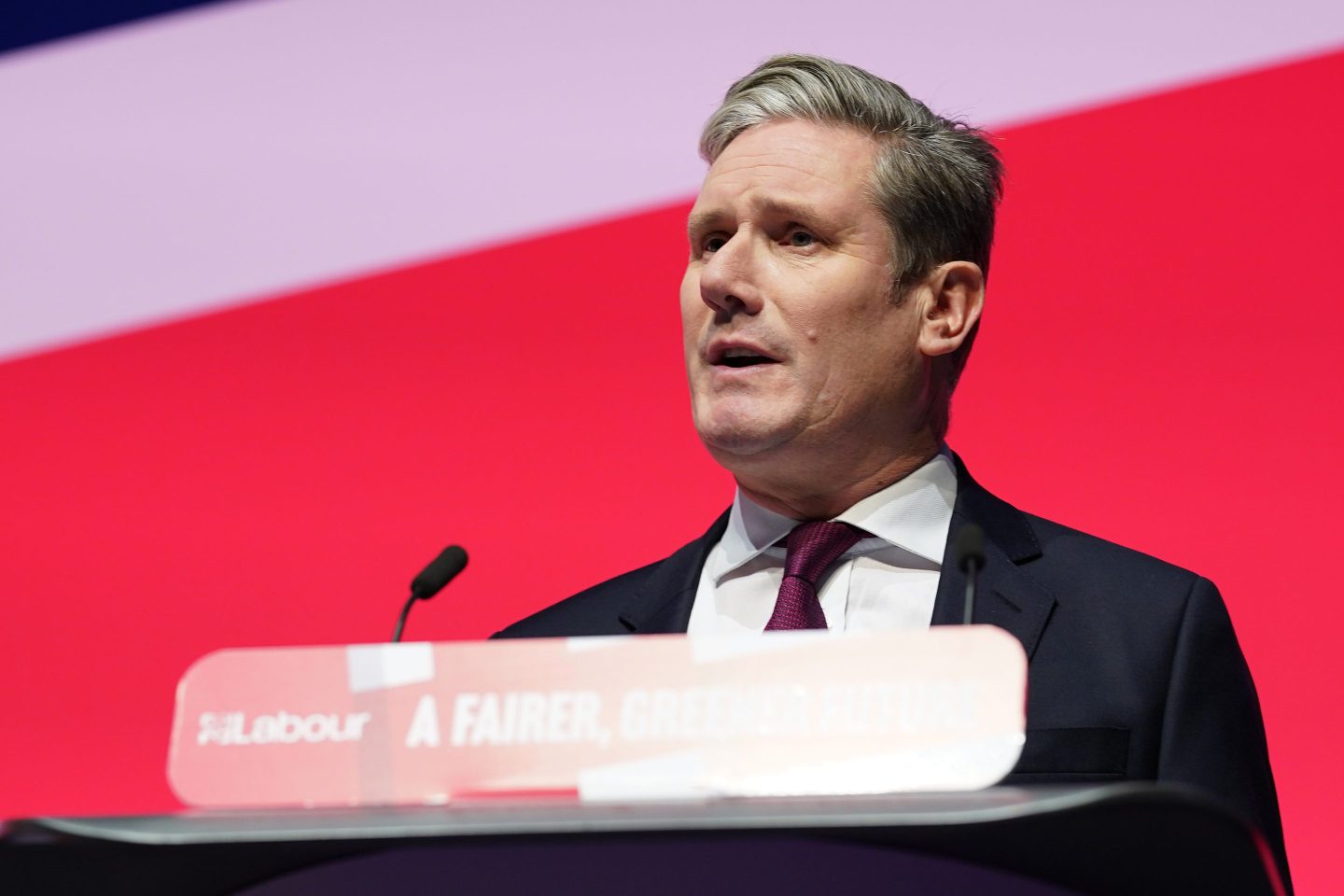 The UK’s Labour party would reinstate the top 45% rate of income tax if it wins power, but keep the cut in the basic rate announced Friday by Liz Truss’s Conservative government, leader Keir Starmer said.

Blasting the Tories’ tax giveaway as a “very risky approach,” Starmer told the BBC on Sunday that he would take a different path and “grow the economy from the bottom up.”

The tax burden should be reduced “on working people,” Starmer said at the start of his party’s four-day conference in Liverpool, northwest England. He backed the basic rate of income tax being cut to 19% from 20%, but said that abolishing the top rate of tax — levied on those earning more than £150,000 ($163,000) — was the “wrong choice,” and vowed to reinstate it.

Chancellor of the Exchequer Kwasi Kwarteng on Friday delivered a budget in all but name that represented the biggest fiscal giveaway in half a century as the Tories gambled everything on going for growth. That fueled investor concerns that the national debt will balloon and inflation will spiral.

At the same time, the approach by Truss’s government gives Starmer an opportunity to establish dividing lines with the ruling Tories. The Labour leader is coming under increasing pressure within his party to set out a clear vision for power, with an expected two years to go until the next general election.

But by backing a cut in the basic rate of income tax, and supporting the government’s reversal of a recent rise in national insurance, he will face questions on how such measures will be paid for when he has also vowed to invest in public services.

Andy Burnham, Labour’s mayor of Greater Manchester, told Sky News on Sunday that he didn’t believe tax cuts should be a priority during the cost-of-living crisis amid soaring inflation.

Starmer said the prospect of Labour winning power was now in his grasp. “The hope of a Labour government has turned into a belief in a Labour government,” he said. He also unveiled plans to deliver a “zero-carbon electricity system” in the UK by 2030.