Are you paying too much for bacon? One of the big meat producers just settled a price-fixing lawsuit for $20 million 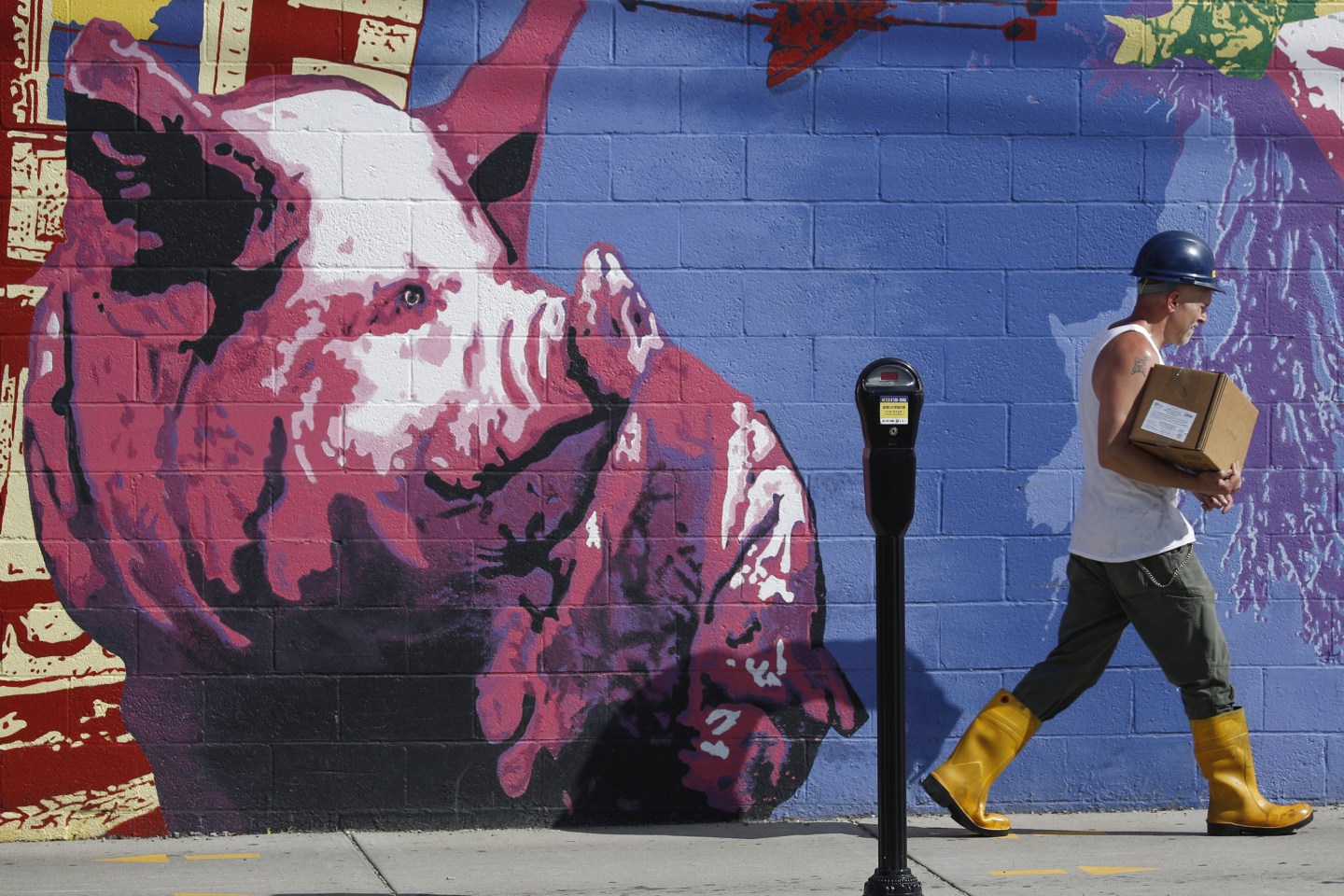 A worker walks past a mural outside the JBS pork processing plant in Louisville, Kentucky.
Luke Sharrett/Bloomberg via Getty Images

OMAHA, Neb. (AP) — JBS has agreed to pay $20 million to settle a lawsuit with consumers that accused the giant meat producer of conspiring with other meat companies to inflate the price of pork.

The latest meat-industry settlement will likely reinforce concerns that the White House, members of Congress and trade groups have raised about how the lack of competition in the industry affects prices.

A federal judge in Minnesota approved the settlement of the price-fixing lawsuit last week. But the judge also ruled that nearly $7 million of the settlement will go to the plaintiffs’ lawyers for their work in the case.

The pork lawsuit is one of several price-fixing lawsuits making their way through the courts. Meat producers have also been accused of inflating beef and chicken prices, and several multimillion-dollar settlements have been announced in those cases.

Despite the settlements, meat companies have defended their pricing practices.

Officials at the Brazilian company’s U.S. headquarters in Greeley, Colorado, didn’t immediately respond to questions about the latest settlement on Monday, but JBS didn’t admit any wrongdoing as part of the deal.

The lead attorneys for the plaintiffs said it’s not clear how much individual consumers who bought pork between 2009 and last year might receive, partly because money from additional settlements may be added to the fund before any payments are sent out. More details about the settlement are available online.

The pork lawsuit remains pending against other major producers including Hormel, Tyson Foods and the Agri Stats database company they allegedly used to share confidential information about price, capacity and demand. JBS agreed to cooperate with the case against those other companies as part of the settlement.

The lawsuit accuses the major meat processors, who together control more than 70% of pork production nationwide, of working cooperatively to limit the supply of hogs and inflate prices.

The White House, several agricultural trade groups and a number of prominent members of Congress have all questioned the industry’s pricing practices although the meat producers argue that supply and demand factors, not anticompetitive behavior, drive prices.

The Justice Department has been looking into allegations of price fixing in the industry at least since 2020, but it hasn’t provided updates on its investigation.

The Biden administration has announced several efforts to increase competition in the meat industry to help reduce prices including a $1 billion program to help establish and expand independent slaughterhouses. And the White House has tweaked administrative rules to make it easier for farmers and ranchers to report concerns or sue over anticompetitive behavior.

The judge who approved the settlement last Wednesday said awarding the lawyers involved 33% of the proceeds, as he did here, was in line with other similar class action lawsuits.