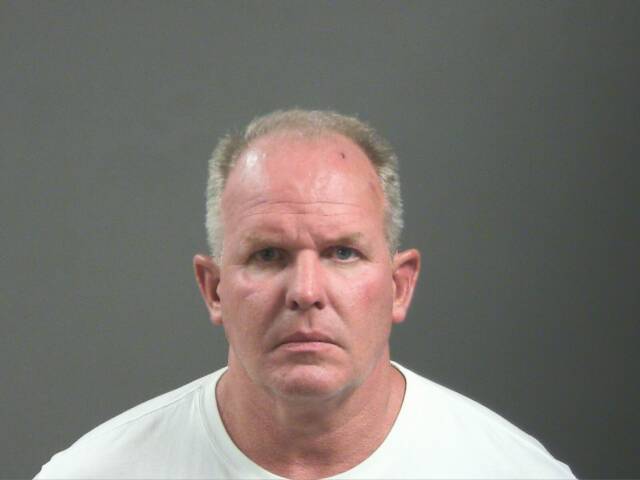 Beyond Meat COO Douglas Ramsey was arrested after punching another man and biting his nose.
Washington County Arkansas

Beyond Meat Inc.’s chief operating officer was suspended after he was arrested on allegations that he bit a man’s nose during an altercation after a college football game in Fayetteville, Ark.

Doug Ramsey has been suspended, effective immediately, the plant-based meats company said in a statement Tuesday. He was arrested on charges of terroristic threatening and third-degree battery, court records show. Ramsey was allegedly at a parking garage when a Subaru inched in front of his Bronco, coming into contact with the front tire on the passenger’s side, according to a report by local station KNWA/KFTA.

The executive was released Sunday on an $11,085 bond, according to court records.

Ramsey, 53, became Beyond Meat’s operating chief in December after a three-decade career with Tyson Foods Inc. His arrest is the latest blow to the plant-based protein company, which last month slashed its revenue outlook for the year and said it would cut 4% of its workforce.

Ramsey and Beyond Meat didn’t immediately reply to requests for comment. The company’s shares rose 1.4% in postclose trading Monday but are down 74% so far this year.