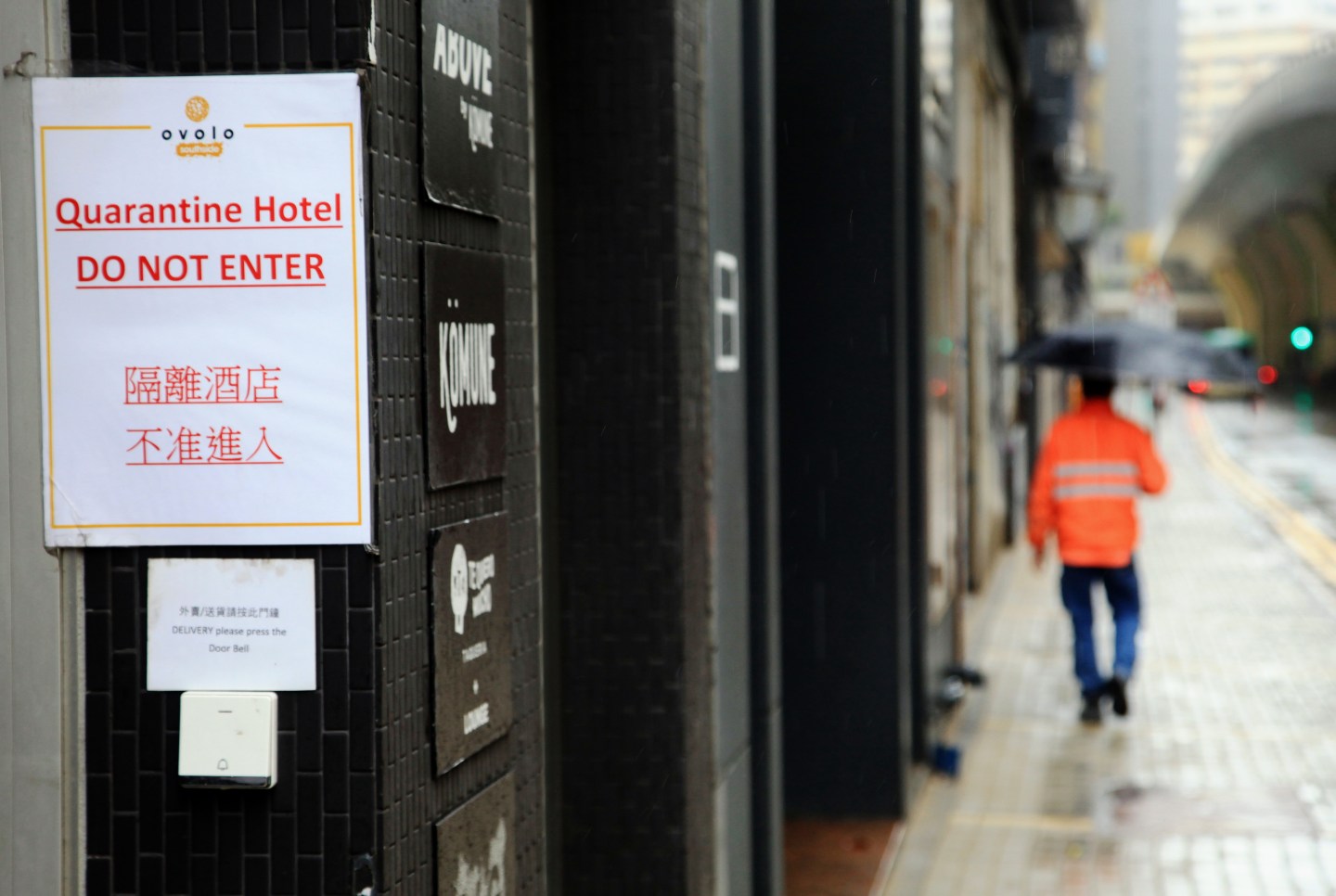 The announcement could come as soon as this week with arrivals instead required to undergo self-monitoring for seven days, the newspaper said, citing unidentified people. The implementation date is undecided as it will affect existing operations for the airline and hotel industries, it said.

Hong Kong, along with mainland China, has kept in place some of the strictest Covid measures in the world even as most countries in the region drop restrictions and open borders to travelers. With people arriving in the financial hub forced to spend three days in a designated hotel followed by four days of restrictions from bars and restaurants, questions have been raised about whether visitors will come to a proposed banker summit and the iconic Rugby Sevens tournament later this year.

The city’s stance has followed China’s steadfast pursuit of a Covid Zero strategy that aims to eliminate the virus rather than live with it. Recent moves by other countries has expedited Hong Kong’s plan to relax border measures before November, Oriental Daily said, citing unidentified politicians. The city’s government also plans to ease some social distancing measures, the report said without giving further details.

Chief Executive John Lee has taken a number of steps to ease the city’s isolation since being sworn into office on July 1. Last month he reduced the hotel quarantine minimum stay to three days from seven as he faces pressure to get rid of the rules completely as rival hubs such as Singapore, New York and London have fully reopened. Top epidemiologists in Hong Kong have called on them to be dismantled as has Peter Woo, one of the city’s wealthiest property magnates.

The city last week said incoming travelers who test positive for Covid-19 can remain in their quarantine hotels instead of being transferred to isolation hotels or community facilities like the infamous Penny’s Bay. Some potential visitors to Hong Kong’s high-profile events had said they wouldn’t attend if there is a risk they could get sent to quarantine facilities.

In addition to the border rules, Hong Kong retains some of the strictest remaining Covid measures in the world as it grapples with thousands of new infections each day. People are required to wear masks at almost all times, health codes are checked when dining in and school students must conduct rapid antigen tests daily. Limits on public gatherings remain as do restrictions on how many people can sit together at a restaurant while bar patrons must show a negative Covid test in the previous 24 hours.

Disagreement about Hong Kong’s rules has exposed deep divisions among the city’s elite about the handling of the pandemic. The debate escalated on Friday after the former chief executive of the Hospital Authority criticized the slow pace of the city’s reopening process.