Queen Elizabeth’s funeral is an ‘unprecedented’ security challenge for London 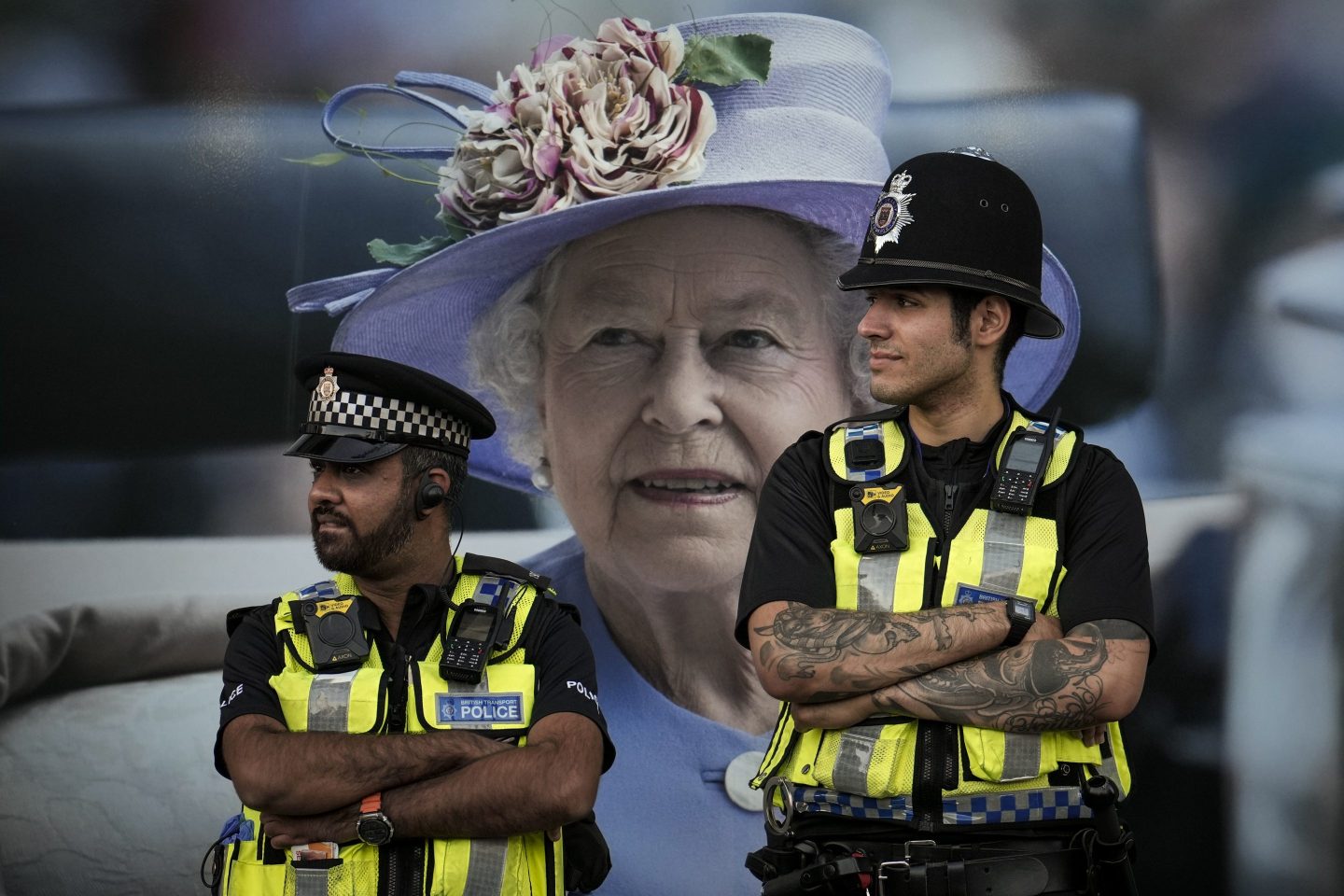 The funeral of the only monarch most Britons have known involves the biggest security operation London has ever seen.

Mayor Sadiq Khan says Monday’s state funeral for Queen Elizabeth II is an “unprecedented” security challenge, with hundreds of thousands of people packing central London and a funeral guest list of 500 emperors, kings, queens, presidents, prime ministers and other leaders from around the world.

“It’s been decades since this many world leaders were in one place,” said Khan. “This is unprecedented … in relation to the various things that we’re juggling.”

“There could be bad people wanting to cause damage to individuals or to some of our world leaders,” Khan told The Associated Press. “So we are working incredibly hard — the police, the security services and many, many others — to make sure this state funeral is as successful as it can be.”

More than 10,000 police officers will be on duty Monday, with London bobbies supplemented by reinforcements from all of Britain’s 43 police forces. Hundreds of volunteer marshals and members of the armed forces will also act as stewards along the processional route.

They are just the most visible part of a security operation that is being run from a high-tech control center near Lambeth Bridge, not far from Parliament.

Street drains and garbage bins are being searched and sealed. On Monday there will be police spotters on rooftops, sniffer dogs on the streets, marine officers on the River Thames and mounted police on horseback.

Flying drones over central London has been temporarily banned, and Heathrow Airport is grounding scores of flights so that aircraft noise does not disturb the funeral service.

Authorities face the challenge of keeping 500 world leaders safe, without ruffling too many diplomatic feathers. Presidents, prime ministers and royalty will gather offsite before being taken by bus to the abbey — though an exception is being made for U.S. President Joe Biden, who is expected to arrive in his armored limousine, known as The Beast.

Another challenge is the sheer size of the crowds expected to gather around Westminster Abbey and along the route the coffin will travel after the funeral, past Buckingham Palace to Hyde Park. From there it will be taken by hearse about 20 miles (32 kilometers) to Windsor, where another 2,000 police officers will be on duty.

The queen is due to be interred in St. George’s Chapel at Windsor Castle alongside her husband Prince Philip, who died last year aged 99.

Police are deploying more than 22 miles (36 kilometers) of barriers in central London to control the crowds, and transit bosses are preparing for jam-packed stations, buses and subway trains as 1 million people flood the ceremonial heart of London. Subways will run later than normal and train companies are adding extra services to help get people home.

While many will be mourning the queen, support for the monarchy is far from universal. Police have already drawn criticism for arresting several people who staged peaceful protests during events related to the queen’s death and the accession of King Charles III.

Cundy said it had been made clear to officers that “people have a right to protest.”

“Our response here in London will be proportionate, it will be balanced, and officers will only be taking action where it is absolutely necessary,” he said.

Metropolitan Police Commissioner Mark Rowley said the goal was to keep the event safe, “and try to do it in as unobtrusive a way as possible, because this is obviously a solemn occasion.”

Dean of Westminster David Hoyle, who will conduct the funeral service in the 900-year-old abbey, said preparations were going smoothly — despite the occasional security-related glitch.

“There was a wonderful moment when I had flower arrangers waiting in the abbey, and no flowers, because, quite properly, the police didn’t recognize what the van was and the flowers were sent back,” he said.