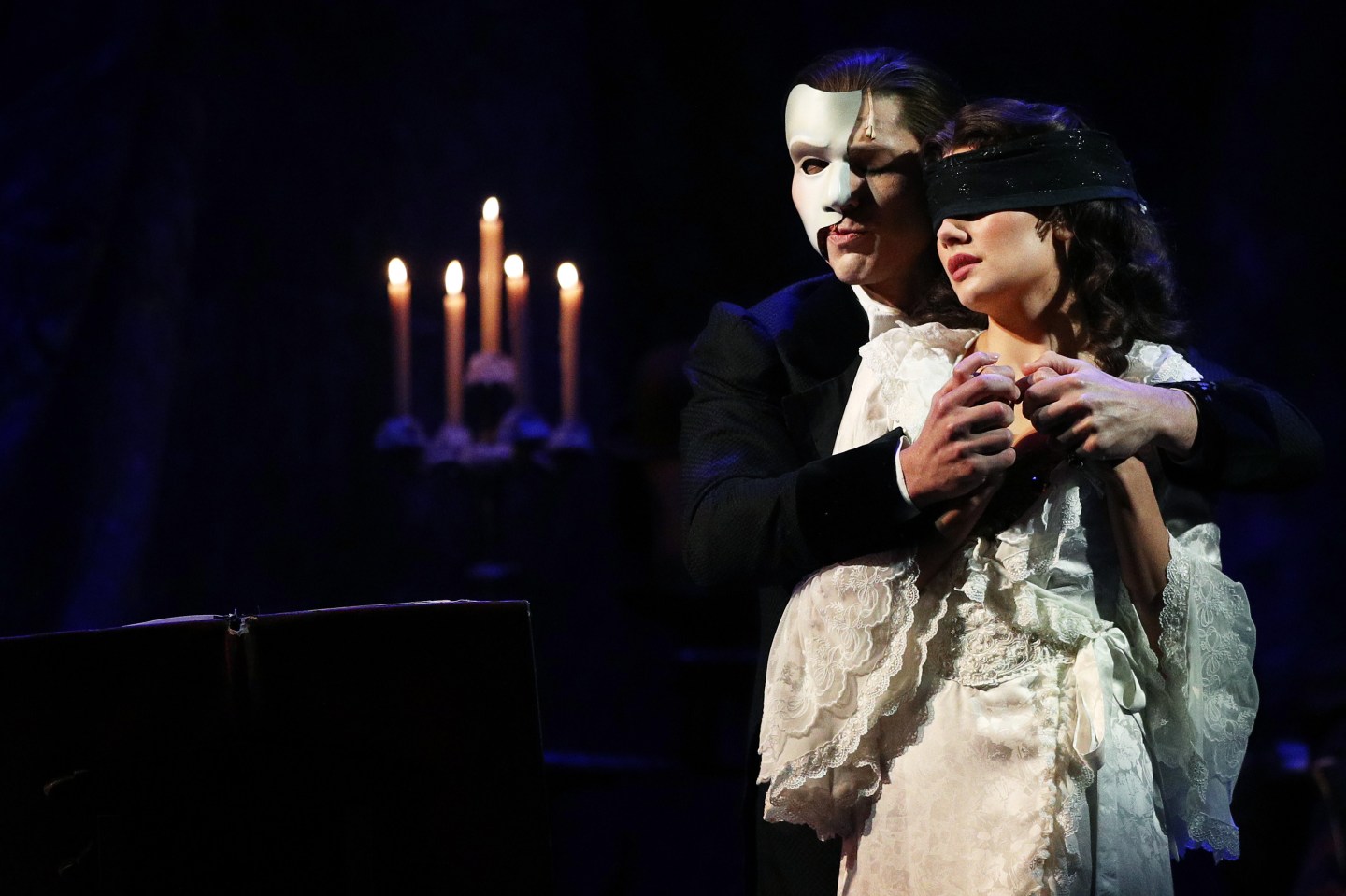 'Phantom of the Opera" is closing on Broadway.
Don Arnold/WireImage

The Phantom of the Opera, the longest-running show in Broadway history, will draw its famous curtains one final time in February, after a celebration to mark its 35th anniversary.

The sumptuous Andrew Lloyd Webber musical won seven Tony awards, including Best Musical, when it debuted in 1988. It arrived under the watch of two other Broadway legends as well, director Hal Prince, and producer Cameron Mackintosh. Since that year, it has occupied the same theater, the Majestic, drawing tourists and New Yorkers alike to hear its soaring melodies and catch its dark theatrical magic—which never seemed to dim over the decades. Phantom closed only for the pandemic, re-opening with a star-studded gala event in October 2021 which shut down 44th Street just off Times Square for a party where Lloyd Webber DJ’ed to re-mixed songs from the show.

Ticket sales have slumped for shows across the board after an initial flurry of enthusiasm when theaters re-opened last year, and Phantom was no different.

Other productions of the show will continue around the world; a stripped-down version debuted in London’s West End after the pandemic, and a new production debuted at the Sydney Opera House this summer. A Spanish-language Phantom has been announced in a partnership between Lloyd Webber and actor Antonio Banderas.

Many expressed shock on social media, the show seemed like it would go on forever.

“Phantom” will celebrate its 35th anniversary in January, with its final Broadway performance on February 18.