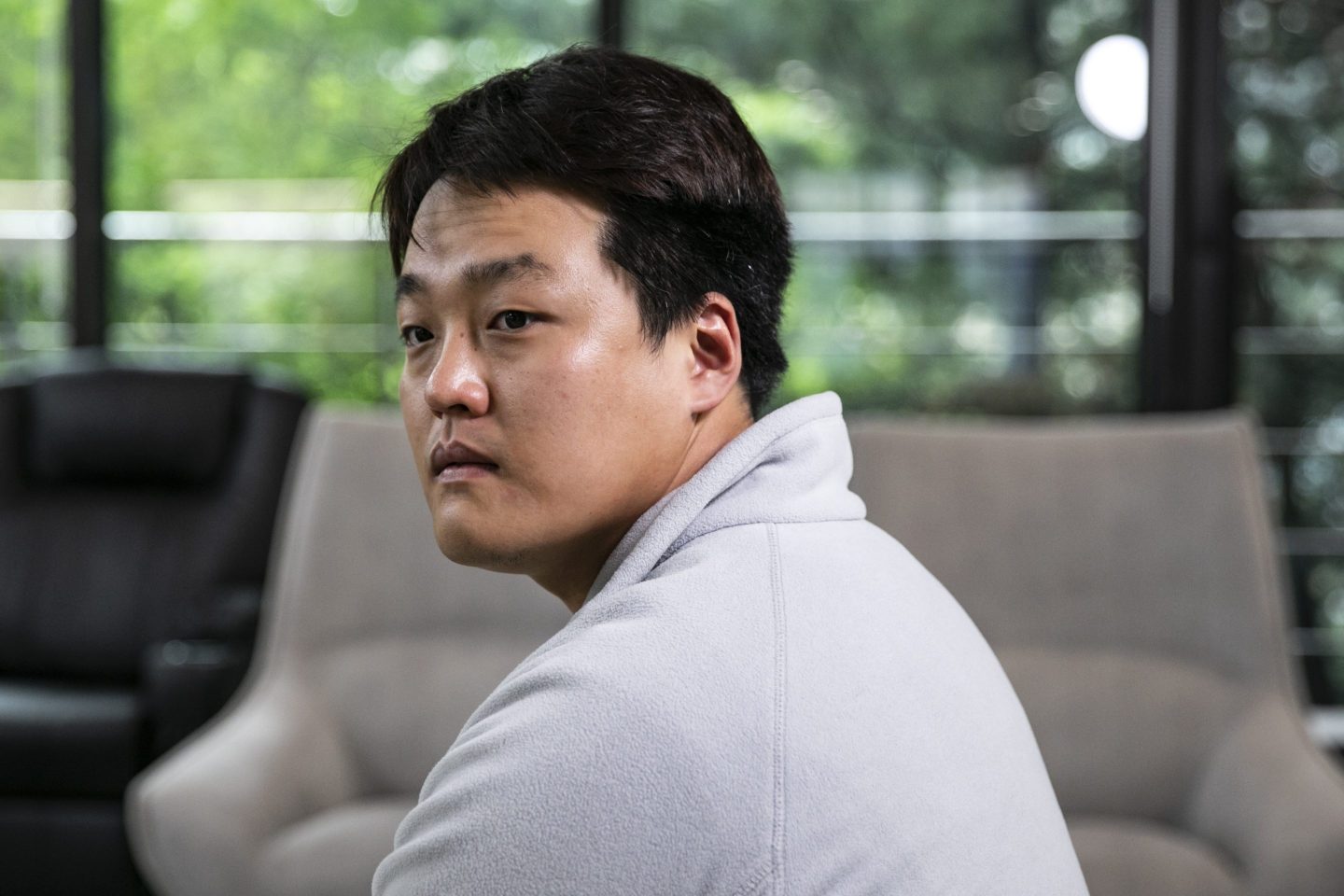 Do Kwon, co-founder and chief executive officer of Terraform Labs, in the company's office in Seoul, South Korea, on April 14, 2022.
Woohae Cho—Bloomberg/Getty Images

A court in South Korea issued an arrest warrant for Do Kwon, the founder of the Terraform Labs cryptocurrency ecosystem, whose implosion earlier this year sparked a global crypto rout.

The court in Seoul issued a warrant for Do Kwon and five others on allegations that include violations of the nation’s capital markets law, according to a text message from the prosecutor’s office.

All six individuals are located in Singapore, the prosecutor’s office said. Do Kwon didn’t immediately reply to an email seeking comment.

The unraveling of the Terra platform in May included the collapse of the TerraUSD stablecoin, shaking faith in the digital-asset sector, which has yet to recover much of the losses.

Do Kwon’s followers referred to themselves as “Lunatics” in reference to Luna, another token that was part of the ecosystem he helped to create. He found himself at the center of one of crypto’s biggest blowups when TerraUSD, also known as UST, crumbled from its dollar peg and brought down the ecosystem he had built.

The prices of both tokens tumbled to near zero, a shadow of the combined $60 billion they once commanded.

Terra’s unraveling triggered investigations in South Korea and the U.S., as well as renewed regulatory scrutiny of stablecoins — digital tokens that are pegged to an asset like the dollar. Stablecoins are a popular vehicle for investors seeking to park cash away from more volatile coins, and they make it easier to move funds onto crypto exchanges.

In July, prosecutors raided the home of Terraform Labs co-founder Daniel Shin as the probe into allegations of illegal activity behind the collapse of TerraUSD deepened.

Kwon has said he plans to cooperate when the time comes. In an interview with crypto media startup Coinage that floated the prospect of jail time, Kwon said, “Life is long.”