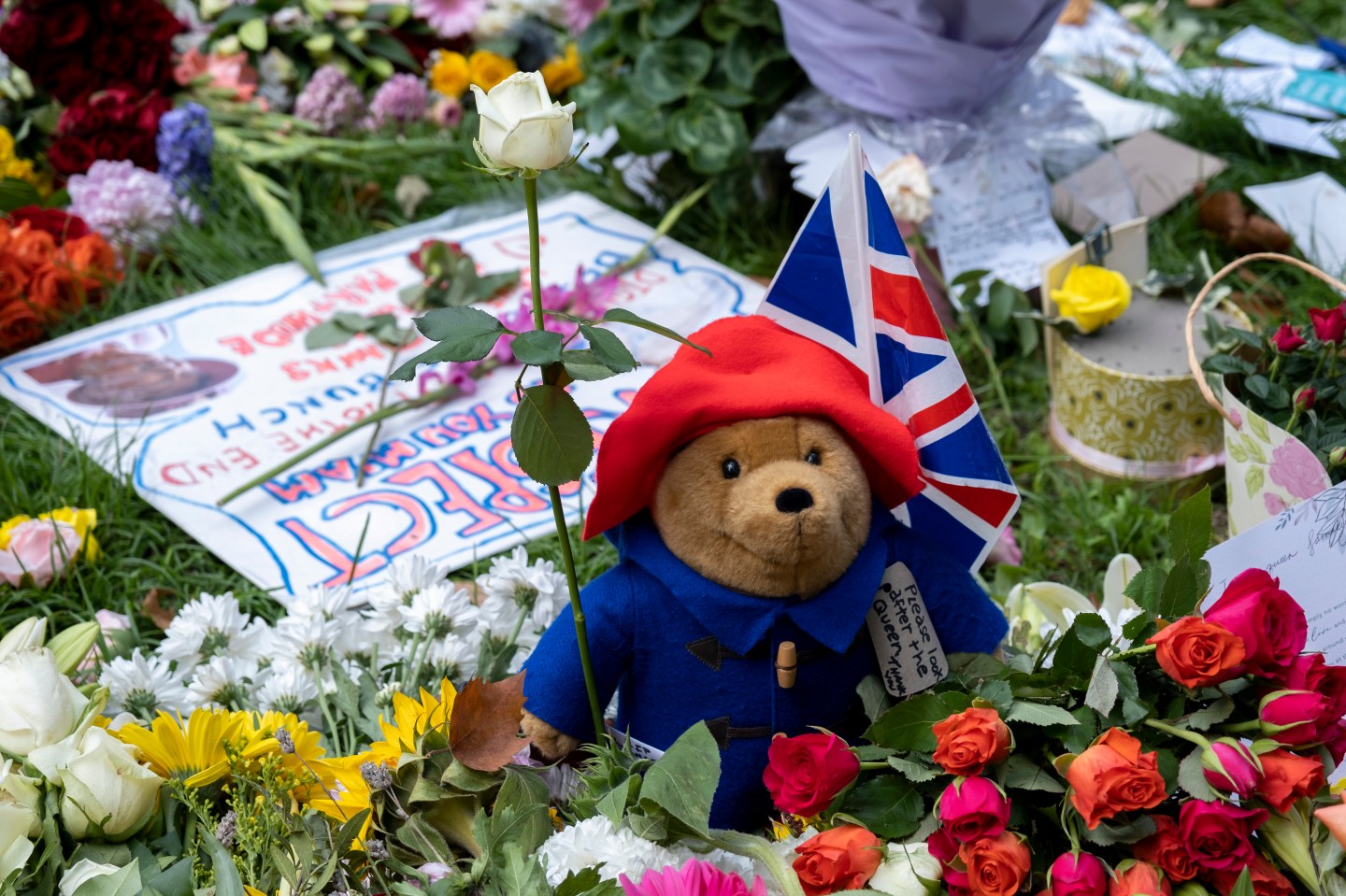 People visiting London to pay tribute to the late Queen Elizabeth II have been urged to stop laying Paddington Bear dolls and marmalade sandwiches down in designated memorial sites.

Thousands have traveled to royal residences Buckingham Palace, Windsor Castle, and Balmoral Castle to pay their respects since the death of Queen Elizabeth II last week, with mourners laying flowers, toys, and balloons down in homage to the monarch.

Alongside the growing collections of bouquets and cards, numerous stuffed Paddington Bears peer out at passersby, while hoards of marmalade sandwiches—the fictional character’s favorite snack—have also been nestled among the tributes.

The gifts are a sentimental nod to a sketch that aired earlier this year, in which the Queen hosted Paddington Bear for tea as part of her Platinum Jubilee celebrations.

However, the Royal Parks charity—which manages 5,000 acres of royal parkland across London—is pleading with members of the public to stop adding teddy bears, sandwiches, and other nonbiodegradable gifts to the tributes.

“We would prefer visitors not bring non-floral objects/artefacts such as teddy bears or balloons,” the Royal Parks said in guidance issued to the public in the wake of the Queen’s death. “Visitors are asked not to leave artefacts in any other areas of the parks.”

The organization added: “In the interests of sustainability, we ask visitors to only lay organic or compostable material. The public will be asked to remove all wrapping from floral tributes and place these in the bins provided. Removing the wrapping will aid the longevity of the flowers and will assist in subsequent composting which will start between one week and a fortnight after the date of the funeral.”

It said cards and labels would be accepted, and would be periodically removed by its staff and contractors, while candles would be extinguished if they were laid among the gifts.