Diana called them the Queen’s ‘moving carpet.’ What will happen to the royal corgis now? 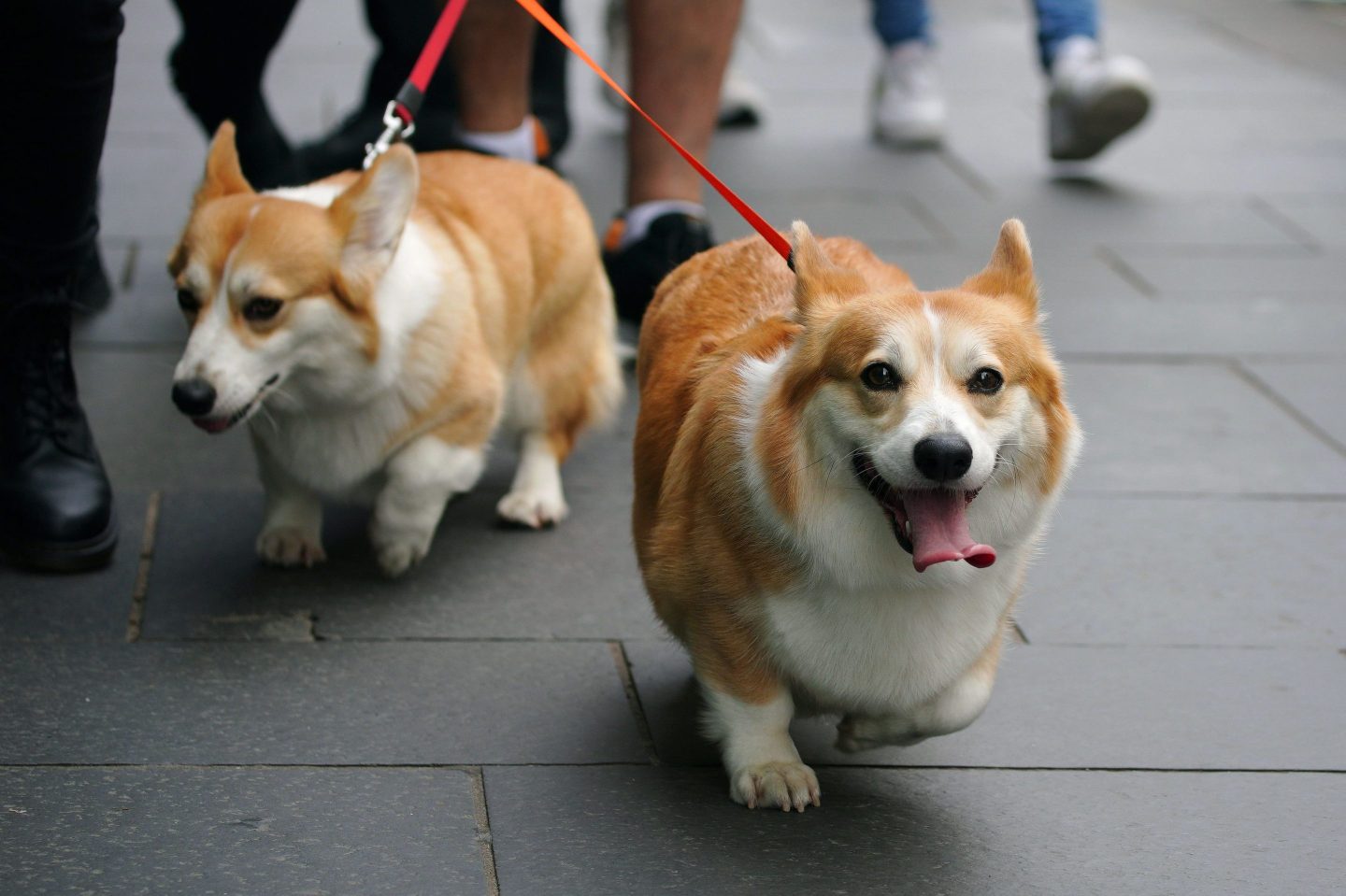 A breed apart, as far as Queen Elizabeth II was concerned.
Peter Byrne—PA/AP

For many people around the world, the word “corgi” is forever linked to Queen Elizabeth II.

Princess Diana once called them a “moving carpet” always by her mother-in-law’s side. Stubby, fluffy little dogs with a high-pitched bark, corgis were the late queen’s constant companions since she was a child. She owned nearly 30 throughout her life, and they enjoyed a life of privilege fit for royal pets.

Elizabeth’s death last week has raised public concerns over who will care for her beloved dogs. Some speculate they will be sent off to live with other royal family members, while others say this task might be given to palace staff.

“One of the intriguing things people are wondering about at the funeral is whether a corgi is going to be present,” said Robert Lacey, royal historian and author of Majesty: Elizabeth II and the House of Windsor. “The queen’s best friends were corgis, these short-legged, ill tempered beasts with a yap that doesn’t appeal to many people in Britain, but was absolutely crucial to the Queen.”

Elizabeth’s love for corgis began in 1933 when her father, King George VI, brought home a Pembroke Welsh corgi they named Dookie. Images of a young Elizabeth walking the dog outside their lavish London home would be the first among many to come over the decades.

When she was 18 she was given another and named it Susan, the first in a long line of corgis to come. Later there were dorgis—a dachshund and corgi crossbreed—owned by the queen. Eventually they came to accompany her in public appearances, and became part of her persona.

Throughout Elizabeth’s 70 years on the throne, the corgis were by her side, accompanying her on official tours, reportedly sleeping in their own room at Buckingham Palace with daily sheet changes, and occasionally nipping the ankles of the odd visitor or royal family member.

Three of them even appeared alongside the queen as she climbed into James Bond’s waiting helicopter in the spoof video that opened the 2012 Summer Olympics in London.

British author Penny Junor documented their feisty lives in a 2018 biography All the Queen’s Corgis.

She writes that Elizabeth walked and fed the dogs, chose their names, and, when they died, buried them with individual plaques. Care for the corgis had fallen largely on the queen’s trusted dressmaker and assistant Angela Kelly and her page Paul Whybrew.

The corgis were also present when the queen welcomed visitors at the palace, including distinguished statesmen and officials. When the conversation lulled, Elizabeth would often turn her attention to her dogs to fill the silence.

“She was also concerned about what would happen to her dogs when she is no longer around,” Junor wrote, noting that some royal family members did not share her fondness for the corgis.

After the death of her corgi Willow in 2018, it was reported that the queen would not be getting any more dogs.

But that changed during the illness of her late husband, Prince Philip, who died in 2021 at age 99. She turned once again to her beloved corgis for comfort. On what would have been Philip’s 100th birthday last year, the queen was reportedly given another dog.

In addition to her human family, Elizabeth is survived by two corgis, a dorgi, and a cocker spaniel.