Australian PM says now is not the time to reconsider UK monarch as head of state, punting on decades-long debate 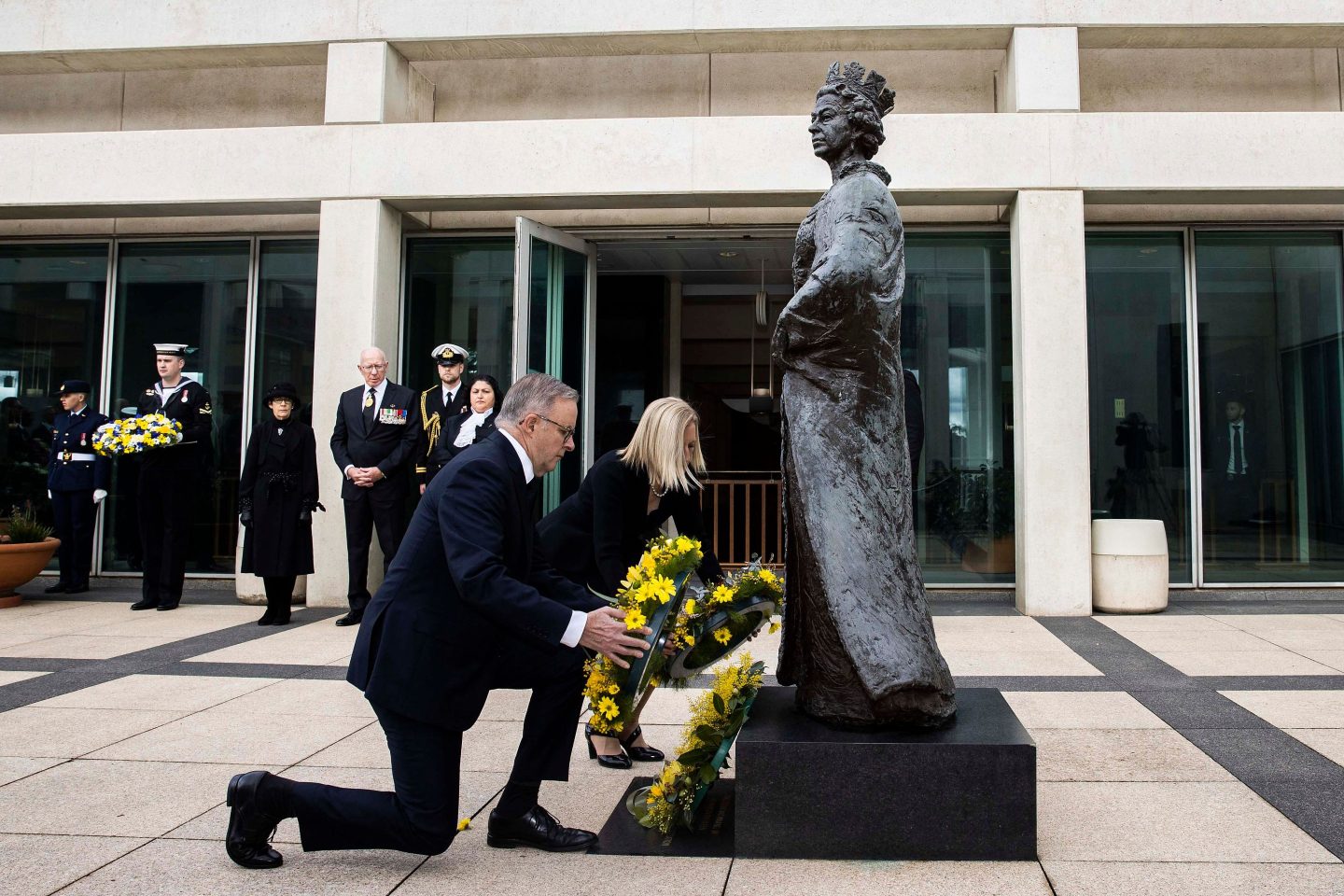 Australia will get a one-time national public holiday to mourn Queen Elizabeth II, as her death revives a decades-long debate over whether the country should become a republic.

Prime Minister Anthony Albanese said in an interview with the Australian Broadcasting Corp. Sunday that the holiday will take place on Thursday, Sept. 22, to coincide with a national day of memorial for the late queen, who died Sept. 8 after 70 years on the throne. Albanese and Australia’s governor-general, the sovereign’s representative in the country, will fly to London to attend her funeral next Monday, Sept. 19.

Along with Canada, New Zealand and other former colonies of the British Empire, Australia still counts the monarch as its head of state. A referendum in 1999 to become a republic was narrowly defeated, yet the debate has simmered as Australia’s stature as a regional power and globally significant economy has grown.

The queen’s death and King Charles III’s ascension has revived that discussion, with the leader of Australia’s Greens party, Adam Bandt, tweeting the day after her death that the country must “move forward” and become a republic. While heavily criticized by other lawmakers as insensitive, a recent poll showed about 54% of the population supported breaking from Britain. “Republic” trended on Twitter in Australia over the weekend.

Albanese is a supporter of Australia becoming a republic, though his position has consistently been that he has no intention of holding a referendum in his first prime ministerial term. He was quick to deflect when asked about the issue on Sunday, telling the ABC’s Insiders program that “now was not a time to talk about our system of government.”

“Now is a time for us to pay tribute to the life of Queen Elizabeth, a life well lived,” he said. “A life of dedication and loyalty, including to the Australian people.”

Former prime minister, John Howard, a monarchist who oversaw the 1999 referendum, told Insiders that Australia’s system of constitutional monarchy was valued by the people and would likely “continue in a different form” under Charles.

Governor-General David Hurley, a former army officer, proclaimed Charles as King of Australia at an event in Canberra Sunday that featured military processions and a traditional Aboriginal smoking ceremony.